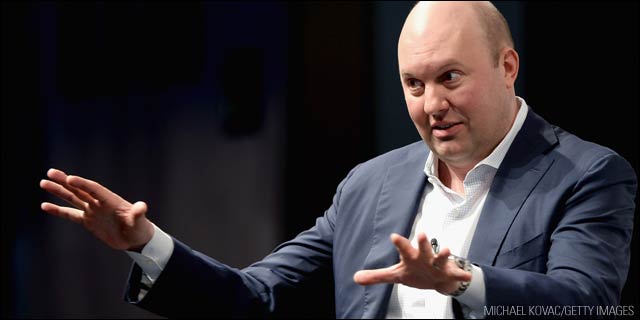 Marc Andreessen yesterday made the announcement that he would be resigning from the board of directors at eBay. After serving on the board at eBay for six years, Andreessen decided to pull the trigger on his resignation after the board decided to separate eBay and PayPal into independent, publicly traded entities.

“I have complete confidence in John and the board to lead eBay and PayPal through the process of embarking on independent paths in 2015,” says Andreessen.

Andreessen also penned a series of tweets to announce the news to his followers:

1/After 6 years of service + completed decision to split, I've decided now is a good time to step off the eBay Board of Directors.

2/It's been an absolute privilege to serve with John, Pierre, and team, and I could not be more proud of what we've accomplished.

3/I wish eBay, and both of its successor companies, all the best in the years to come & will seek to continue to help as much as I can.

The board at eBay will miss having Andreessen and his VC experience around, but the resignation was a mutually accepted agreement. John Donahoe, president and CEO of eBay, had only good things to say about Andreessen.

“Marc has been an extraordinary board member, and we greatly appreciate the leadership, insight and expertise he has provided over the past six years,” says Donahoe. “He has provided invaluable support to me, the board and the entire company.”

All of us at Tech Cocktail want to wish Andreessen, eBay, and PayPal all the luck in the world as they move forward in their own, respective direction.