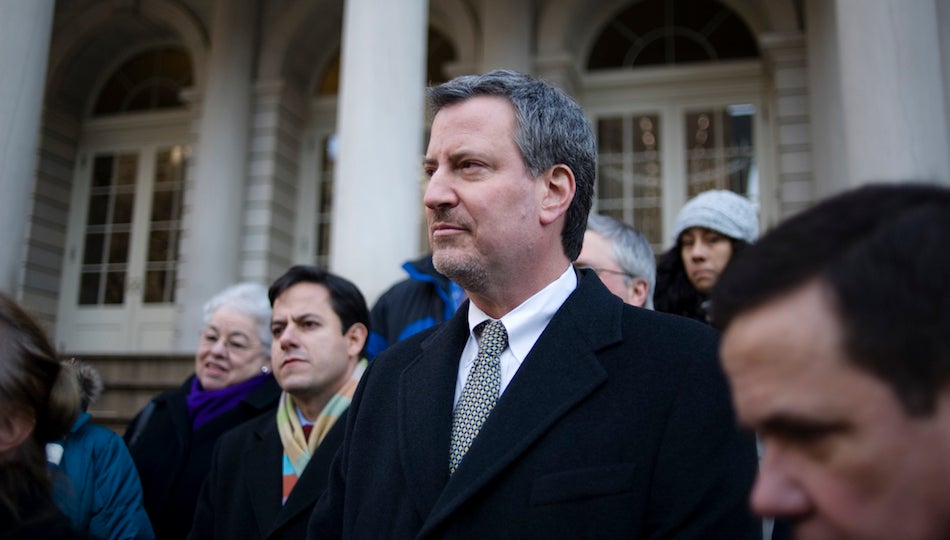 Instead of a regulation, the New York Times reports Uber and the Mayor's office have agreed to study ride hailing's impact on traffic congestion. In order to conduct the study, Uber will agree to disclose some data to help the city understand how many cars the company is adding to the city's already congested streets.

The uneasy partnership follows Uber's massive campaign to fight the proposed ordinance. Uber took out ads on the New York Times, gave free rides to attend a city hall protest, and managed to get A-list celebrities to tweet at the Mayor, including Sports Illustrated model Kate Upton.

“.@BilldeBlasio Why do you want to return to days when only those in Midtown & Lower Manhattan could get a ride?,” tweeted Upton.

Uber took on one of the most powerful mayors in the country and won. This win bodes well for other sharing economy startups that are dealing with similar political battles around the country. Now, politicians will think twice before proposing regulations on Silicon Valley startups, which could spark a backlash of angry constituents.