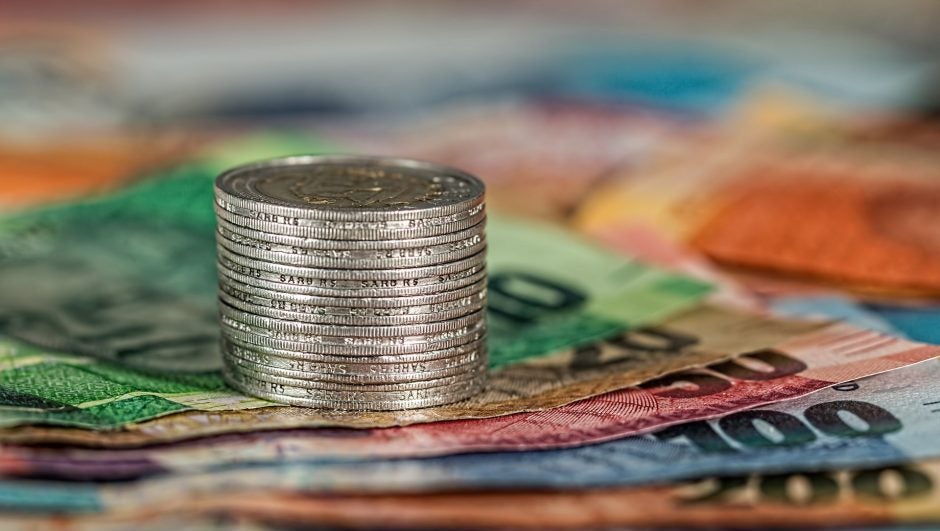 As an entrepreneur, the prospect of starting up internationally can be a pretty scary one. In addition to not knowing the language or the social expectations of a business owner, a foreign economy can be a fickle, confusing thing to get a handle on. However, if you set up shop in one of these burgeoning ecosystems, you shouldn't have a problem at all.

That's right, thanks to the Global Economic Prospects report from the World Bank, knowing which countries have the world's fastest growing economies is easier than ever. With global growth projected to increase in the coming years, this kind of knowledge is invaluable to budding entrepreneurs and established tech leaders alike, as international expansion will become a crucial necessity before you know it.

As for which countries enjoyed the fastest growing economies, Ethiopia claimed the top spot with a projected GDP growth forecast of 8.3 percent, a staggering number compared to the global average of 2.7 percent. This notably high percentage is mostly due in part to the Ethiopian government's commitment to improve infrastructure around the country, as well as a strong demand from locals. Ethiopia overtook Kenya, who took the top spot in the 2016 report.

Ethiopia's top spot should hardly be surprising at this point. Since 2014, the East African country has enjoyed impressive GDP growth, hovering around an average of 9 percent per year, dwarfing most of the other countries on the list in that time. However, growing public debt and potential droughts could get in the way of the country's lofty projections, which would mean Uzbekistan (7.6 percent), Nepal (7.5 percent), and India (7.2 percent) would be poised to replace them as the fastest growing economies in the world.

For a more in-depth look at the fastest growing economies in the world, take a look at the list below and make sure to check out the full study here. 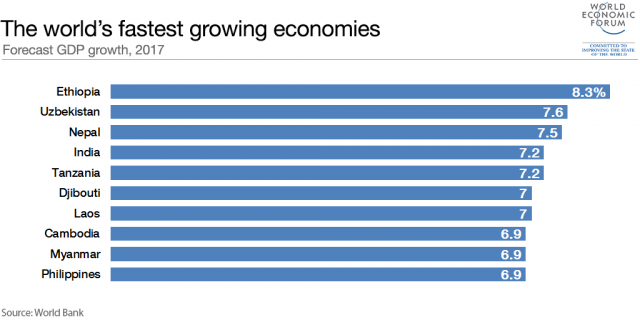 Read more about reports and rankings on TechCo