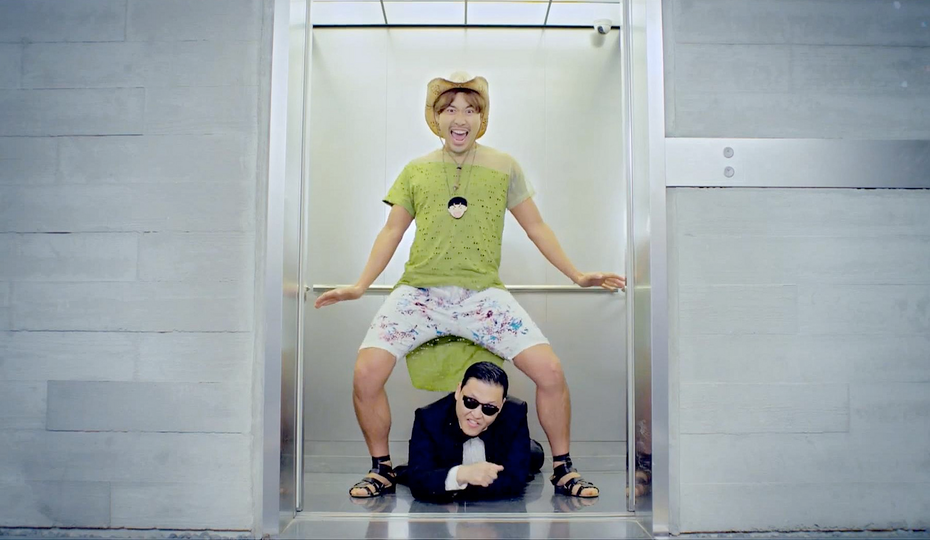 YouTube launched in beta in May 2005, kicking off with an 18-second clip about elephants at the zoo. That was the start of a wave of popular animal videos on the site, along with other crazy YouTube trends.

Now, a social networking community of more than one billion people around the world watch hundreds of millions of hours of video every day on YouTube. This month, the video sharing site is celebrating its 10th birthday with a look at the most popular YouTube trends of the past decade. They created 26 playlists – from A to Z – highlighting the most popular videos in each category.

Here are the hottest YouTube trends from over the years:

Eyelash curling, makeup reviews, hairstyles – YouTube now has over 5 billion hours of beauty tutorials to help you perfect your look.

The original song is great, but covers can be even better – think of all the homages to Frozen’s “Let It Go” and Meghan Trainor’s “All About That Bass.”

Over 24 million YouTube videos highlight dance in all its incarnations, from twerking to Harlem Shaking to brilliantly choreographed flash mobs.

Felix Baumgartner’s jump from the edge of space is the most epic, but other YouTube channels also feature impressive jumps, climbs, backflips, and more.

YouTube’s second video was someone falling off a snowboard, and the #fail meme has been part of the site ever since – whether it’s burning your hair off with a curling iron or graceful faceplanting.

Psy’s hit “Gangnam Style” is the epitome of virality, with over 2.3 billion total views. This playlist showcases the top 10 most-viewed music videos on YouTube, including hits by Justin Bieber and Katy Perry.

YouTube boasts over 135 million how-to videos, and the most pouplar searches are “how to kiss,” “how to tie a tie,” “how to draw,” and “how to get a six pack in 3 minutes.”

The “It gets better” campaign, and all the coming-out videos on YouTube, advocate for change and provide community to those who might feel lost and alone.

Kids being silly – they’ve been doing it since the dawn of time, but now we have the cameras to capture it.

The “let’s play” phenomenon involves gamers recording themselves playing video games, and inviting others to watch – with celebs like PewDiePie, Markiplier, and Vanoss leading the charge.

Harlem Shakes, autotunes, Draw My Life, Shit ____ Say, Nyan Cat, Rickrolling, the Ice Bucket Challenge – we love them so much we start to hate them a little bit.

Citizen journalists are taking to YouTube to post videos they’ve captured of political murders and protests, meteors in Russia, and earthquakes in Nepal.

This trend showcases the most popular commercials on YouTube, including the Old Spice guy, Dove Real Beauty, and Budweiser’s “Puppy Love.”

The personalities are what make YouTube great, from Matt Harding to Tay Zonday to Keenan Cahill.

You can go to YouTube to figure out almost anything you want to know about the world, from “What color was that dress?” to “What would happen if everyone on the world jumped at the same time?” to “Why are there righties and lefties?”

More than 250 channels have more than a billion views, and half of them feature singers and songwriters. Get your fix with Susan Boyle, Justin Bieber, and more.

If you have a lot of patience, take a photo of yourself every day for years and upload the timelapse video to YouTube. If not, watch these videos.

You don’t need to go to Upworthy to watch some inspiring videos – YouTube has its own share of them, from people hearing for the first time to advice from the dying.

It all started with the Vlogbrothers, but being a vlogger is now a popular alternative to regular blogging for people with personality who aren’t shy in front of a camera.

Salad fingers, “I am your Grandma,” cartridge tilting, the super selfie – some stuff on YouTube is just plain weird, but we love it.

What happens when you combine Mentos and Diet Coke, or turn a staircase into a piano? Watch to find out.

300 hours of video are uploaded to YouTube every minute, and YouTubers have come together to chronicle a day on earth and to play a symphony. YouTube wouldn't exist without its users.

It all started – and the alphabet ends – with a video about the zoo. Elephants have really long trunks, don't you know?