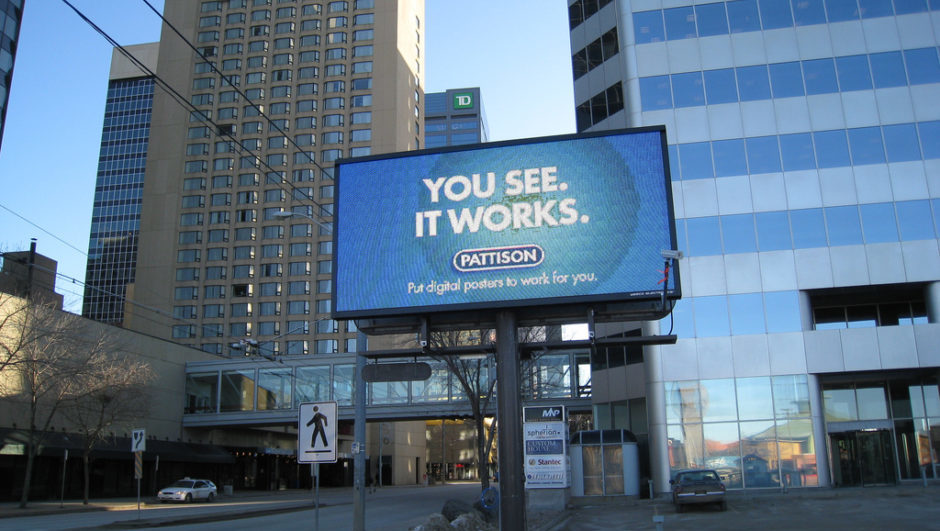 The marketing world is constantly evolving. Technology is changing marketing in more ways than marketers can count. And while machine learning and social media have been the gold gooses of the industry, there are a wide range of other techniques that don't get as much attention. One such method that is increasingly in demand is digital signage.

Digital signage is becoming a notable trend in marketing. Both local and multinational companies are using digital signs to reach and engage with their customers, and if you've been paying attention, they're working.

Here are some case studies from companies using digital signs to boost their marketing:

Westfield Shopping Centers, an Australian-based retail network, installed advertising pods in nearly 40 shopping centers throughout the country. These display systems were very compact to minimize the risk of accidents and lower energy costs. However, they were also placed in highly visible places, so they got a lot of attention from customers.

A variety of brands were allowed to promote themselves over these screens. Within a month, these displays were so effective that advertising spots were continually sold out.

They hired a digital sign company to display full motion videos in HD with screens that were 16 feet high and 9 feet wide. These videos showed players practicing and gearing up for the game.

Revlon, a multinational cosmetics and skin care company, has been trying to rebrand itself in the 21st-century. They began using LED video boards to promote their products in Times Square.

It proved to be a remarkably effective way to engage with customers. Unfortunately, the billboards were temporarily removed after some displays of public indecency. However, Revlon decided to reactivate the sign because it turned out to be such a useful promotional tool.

Will Your Company Benefit from Digital Signage?

These case studies show that digital signs can be very effective for many brands. But are they right for your brand? Here are some things to keep in mind when considering a futuristic advertising method wrapped in a vintage package:

Digital signs have been proven to be very engaging. According to one study of 41 consumers across the country, people spend significantly more time looking at digital signs than traditional billboards.

“The visual behaviour data showed that drivers had a significantly longer dwell time, a greater number of fixations and longer maximum fixation duration when driving past an electronic billboard compared to other signs on the same road stretches,” said the study. “No differences were found for the factors day/night, and no effect was found for the driving behaviour data.”

Research from the Outdoor Association of America supported these findings. Nearly three quarters of people surveyed stated that the advertisements really stood out.

Getting attention is important, but it isn’t the only factor you need to be concerned with. You also need to make sure customers retain your message. Fortunately, digital signs are great for creating lasting impressions on customers. One study from the Outdoor Advertising Association of America found that 55 percent of customers recalled the advertising message from a digital billboard.

Retention rates of traditional billboards, online banner ads, and most other marketing mediums tend to be much lower.

Digital signs cost money to install and maintain, so it’s important to make sure they provide the right ROI. If you are using digital signs as a promotional medium on other venues, then they are unquestionably useful.

What if you're thinking about using digital signs to engage with customers on your own property? There are a couple of reasons they can still be useful. Either they are great for businesses that need to share their message throughout a large building. They are also great for businesses that need to build engagement with their customers, such as carnivals, large sports bars and other places that bring a lot of excitement.