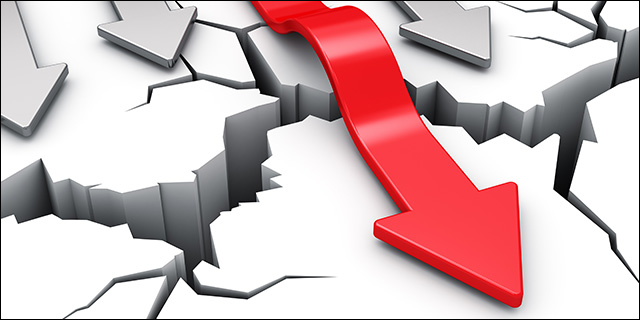 Many people who dislike sales have this opinion because of the fear of rejection. And while failure is a part of every job, in sales you typically have more failure than success. You must be brave to be on the front lines and sell. This requires a positive attitude, confidence, and a great deal of practice. The best salespeople never give up once they fail. Instead, they become stronger and even more determined. To learn how to deal with adversity in this way, there are a couple of strategies that I’ve used. Next time you’re feeling down about a sale and you need to raise your spirits, try using these tactics.

1. Write down what you learned from each failure

When a client turns us down, the real damage comes from ignoring the situation. We try to brush it off, but that only makes us think about it more. The more we replay the bad part of the sale, the more we start feeling the depressed emotion we had when they said no. This creates a lasting effect that can damage how we go into our remaining sales the rest of the day or even longer.

To avoid this, as soon as you get rejected, grab a piece of paper and write down what you could’ve done better. Remember, it is never fair to blame the client for why you couldn’t close them. At some point or the other, that customer is going to buy from someone. You just weren’t able to prove the value to get their business.

By immediately writing down what you’re learning from each sale, you benefit in many ways . The first way is you don’t try to ignore the problem. By looking at every failure as an opportunity to grow, you’ll think of failing much differently. Also, you’re making the most of your time. Treating failed sales as a waste of time has damaging effects on the improvement of your skills. Failure is a great way to learn, as long as you take the time to explore why you failed.

Finally, by paying more attention to the tactics you used than on your emotions, you don’t dwell on negativity. You’re learning and figuring out what works best, and there’s no need to get down on yourself for not closing a customer. Focus more on which techniques can be improved rather than the disappointment you feel when you lose a sale.

For the longest time, I was scared to drive to schools and pitch Alumnify without calling first. I had no problem hitting the phones, but something about being rejected face-to-face in the first meeting was tough for me. Thinking about it, I knew that I would never be good at sales unless I could overcome the fear of door-to-door sales. To help me deal with this, I started celebrating when I would get turned down by clients. I would call my co-founder and tell him what happened and laugh about it. When cold calling, every time I got hung up on, I would walk and give someone a high five in my office. Taking it even further, I would share stories about the worst prospects I had that day and laugh about it with the rest of my team. It’s not that getting turned down didn’t hurt; it was just that my mentality towards it became different. It actually became fun talking about how some clients were rude or ran away from me when I visited them. Now, I have no problem dropping by schools and prefer that method to cold calling.

If you are overthinking your failures, start celebrating them with the team. Obviously, you should never try to mess up a sale, but as soon as they happen, you can treat them like a victory. This one small change will improve your courage and you’ll be willing to do much more to close a deal.

One of my worst nightmares would be to go an entire day without a sales meeting. Not only would that hurt my numbers, but it also would heighten the disappointment I would get from failed sales. This is because as long as I have too many clients to deal with, I never have time to dwell in failure.

An undervalued skill in sales is the ability to have consistency. When you hear someone who has a smooth tongue and a big smile, it’s easy to think that they would be a great salesperson. In reality, I’ve learned that a much more valuable trait is the ability to focus on creating new sales every day. That’s not to say that sales skills aren’t important. But what helps the best sellers keep their energy up is their ability to focus on overflowing their leads. When this happens, you have no time to think about a failed sale because you’re already on your way to the next one.