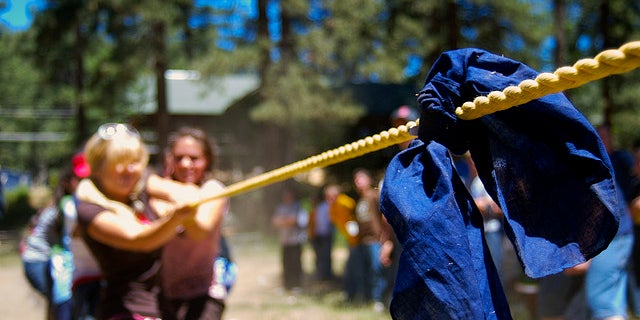 Failing is a part of success. Everyone fails at something. In fact, many times the people who hate losing the most are the most passionate entrepreneurs. What separates great leaders from the norm is how long they take to brush themselves off when they get kicked down.

When we focus too much on the pain we feel from failing, it prevents us from attacking the situation in an objective way. Our energy disappears and we keep thinking about what we wanted to happen. But to make the most out of failure, we need to approach these situations with a different train of thought. Below, I’ll share 3 ways to analyze failure using real life examples. I hope you can apply these stories to help you come back ten times stronger whenever you fail.

1. Figure Out What The Real Goal Is

When we first started Alumnify, I had wanted to go to Techstars. Known as one of the top accelerators in the world, they only take the best of the best. Unfortunately, our company was not accepted. After feeling bad for myself, I started to question why I wanted to go so bad. Out of all the things that the accelerator offered, the greatest reason was the mentors. I wanted to learn from the best, and be able to have them in my network.

Once I realized the real reason I wanted to attend, I started focusing in on that goal in particular. I realized that Techstars wasn’t my goal. It was just an avenue to get there. So what did I do instead? I looked at the Techstars website and looked at the mentor page. I then reached out to every single one of mentors on my own. Surprisingly, I was able to get in contact with a good number of them and most were more than willing to help me. Some have still remained close advisors to my company today.

When you don’t achieve a goal, really look at what you want to get accomplished. Many times, trying a different strategy can still get you to your ultimate goal.

2. Understand the Difference between No and I’m Not Sure

We all hate getting told no. As entrepreneurs, we hear it a lot. Investors, recruits, and customers all say it to us. What I’ve noticed over time is that many people say no as a default. It’s not that they have made a firm decision. They just are more comfortable saying no then yes. As an entrepreneur, your job is to push someone to give you a final answer. Too many people give up when they hear an initial objection, so they already have welcomed failure before it has arrived.

Instead, keep pushing until you get a definitive answer. Someone who says maybe is way worse than a no. This is especially true with customers and investors. Investors and customers don’t want to ever say no, so they stall. While they think this makes us feel better, it wastes a ton of time. I always appreciate a person who flat out tells me yes or no, because it saves everyone a ton of time. Until you get this, keep driving for the answer. You haven’t failed until you’ve given up.

3. When Competitors Beat You, Don’t Hate Them; Learn From Them.

When our company won our alma mater’s pitch contest, it was our third time trying. The first time, we didn’t make it to the finals. The second time, we didn’t make it to the finals again. Instead of getting jealous of the companies that won, I learned everything I could from how they did it. The videos of the Q&A part were all online, so I studied every response and formed by pitch accordingly. I knew going in exactly what the judges wanted to hear and what questions were coming my way. From studying the people who beat us, I knew I could help my company have a leg up from everyone else in the competition.

Don’t bother wasting time envying your competitors who are successful. Dissect what has led to their success and incorporate it in your company’s strategy. Everything can become a resource for you, as long as you understand how to use it.