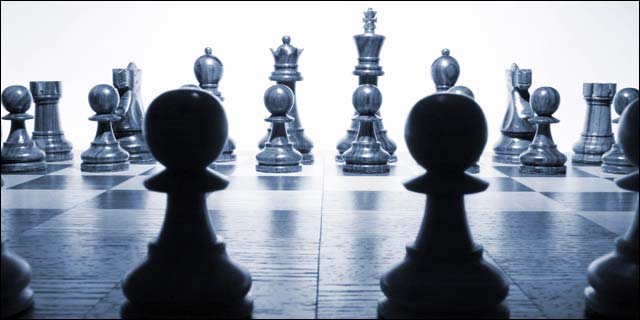 You can’t be afraid of sales. In any business, you are going to have to sell. It doesn’t matter whether it's to customers, investors, or recruits. Many entrepreneurs are scared to go out and sell their business, and it prevents many companies from ever taking off.

The brave ones who are sent to close deals are the people in their company who carry its fate in their hands. Much like battle, sales determines a company’s position. You need revenue to survive. Recruiting a great team is essential for building an amazing experience. Finally, when you pitch an investor, you’ve got to sell them on the whole package. If salespeople are like warriors we send into battle, then the art of selling is like the art of war. Here are some similarities between the two.

1. It takes courage to be on the front lines

Fear of rejection is one of the strongest reasons why people are scared of sales. Typically, you’re going to get a lot of losses before you score that big win. In that process, you constantly have to keep getting back up and charging forward. Like being in the front of the army, the people who sell are the most vulnerable. The only way to win the war is to keep battling. As a salesperson your team puts a lot of faith in you to carry out the mission. All the blood, sweat, and tears that goes into your product only matters if you can sell it. Like the Spartans' philosophy on war, once the line is broken the battle is lost. If your job is to sell and you give up, the whole company will suffer.

2. Strategy is key for success

Too many entrepreneurs undervalue the importance for preparation before heading into a sales meeting. Napoleon was arguably the best war commander of all time. He was known for spending countless hours strategizing before the actual battle began. He would think through every possible scenario. So, while others were surprised by setbacks, he already prepared in advance for them.

Having this mindset is what will make you great at selling. Whenever I head into a client meeting, I always come prepared. That consists of doing background checks on the people you are meeting and preparing for objections. When your potential customer pushes back on the price, have an answer ready. One of the best ways to build a relationship with a client is by finding a similarity between the two of you. If you look hard enough at their LinkedIn or do a Google Search, chances are you’ll find something.

Would a leader of an army head into battle with no strategy? No. To be exceptional at sales, learn from Napoleon and have every scenario planned out.

3. Never Stop Until The Job Is Done

In Robert Greene’s 48 Laws of Power, one of the rules is to Crush Your Enemy Completely. In many sales meetings, you’ll have the client sold but you’ll be too scared to make the ask. Instead, you’ll ask to follow up with them and before the next meeting, they’ll have bought someone else’s product.

Don’t let this happen to you. In war, when you have a chance to defeat your enemy, you take it. You don’t want the risk of your enemy getting away and coming back to attack you. Similarly in sales, when you have a chance to close, you take it. The worst part of losing a sale is when you know you could’ve won if you only had went in for the ask. Sell the customer on the problem. Then sell them on the solution. Once you have an opening, make the “ask” for their business and hand them the contract right then and there. You want to limit any chance of them getting away.