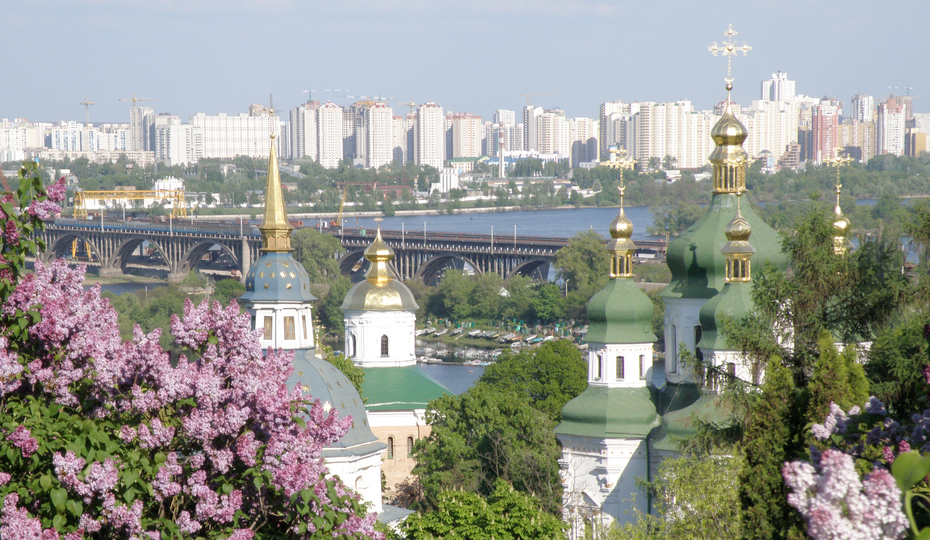 Although you might know Ukraine as the country that Putin invaded last year, locals see something else: a growing startup scene.

Ukraine is the home country of Viewdle, which sold to Google in October 2012 for a rumored $30-45 million. Jooble started in Ukraine and is now one of the three largest job search engines in the world, operating in 64 countries. PetCube is a recent Kickstarter success story, raising over $250,000 for a device to play with your pets when you’re not at home.

They may not be household names, but successful companies like these are playing off Ukraine’s strengths, which include a big pool of tech talent, enough capital to get started, and organizations and events to support them along the way.

Home to over 30 universities and research institutions, Kiev has built up a solid base of tech talent that other countries are turning to for outsourcing. Ukraine was named the #3 country for freelancers in 2013 by Elance, and one of the top 30 outsourcing destinations in 2010-2011. After putting their brains to work for foreign projects, these highly skilled workers are starting to see local startups who want to hire them.

Tech talent has made Ukraine a popular destination for big tech companies to set up R&D centers. Samsung, for example, employed over 1,000 people in its Ukraine office in 2014 and was planning to expand.

Based on various sources, AVentures Capital managing director Yevgen Sysoyev estimates that Ukraine has around 50,000 software engineers and 100,000 IT professionals.

Ukrainian entrepreneurs have many funding options to get their project off the ground. In 2013, $80 million was invested in 59 deals in Ukraine, 44 of which were seed rounds.

According to AngelList, as many as 89 angel investors live in the country. One of them is Torben Majgaard, the CEO and founder of Ciklum, another Ukraine success story. In September, he announced that his 2,500-person company would be starting an entrepreneur-in-residence program.

Various accelerators in Ukraine provide funding and encourage startups to have a global focus:

One of Ukraine’s new experiments is FISON, a crowdfunded venture fund where regular people can contribute as little as $100 and see returns on their investments. Of course, there are also your typical VC firms, including AVentures (focusing on software, cloud, online services, ecommerce, and mobile) and TA Venture (consumer startups). Some entrepreneurs have trouble finding mentors in Ukraine, so TA Venture plans to launch office hours with its startup experts in 2015.

Another complaint you’ll hear from Ukraine entrepreneurs is the lack of later-stage funding. “It is very much possible to get pre-seed, seed, and Series A funding. But unfortunately, it is impossible to get bigger amounts in Ukraine right now. If a company reaches this stage, it usually moves out to Europe or the US,” says Bozhena Sheremeta, a tech journalist at the Kyiv Post.

All those tens of thousands of techies in Ukraine need some place to meet, and there’s no shortage of big tech events there:

The coworking trend has already reached Ukraine, and you can network with other entrepreneurs and find community at spaces like Chasopys, Bibliotech, iHub, KyivWorking, and Freud House (be sure to brush up on your Ukrainian and Russian).

KyivWorking is run by Startup Ukraine, a support organizations that helps entrepreneurs connect with the resources they need (and each other). Startup.Network has a similar goal.

For tech startups that are more tech than startup, the local Science Park helps facilitate collaboration between businesses and universities and promotes the commercialization of new technologies.

Ukraine’s growing pains are typical of any early-stage startup scene, and the political climate doesn’t seem to faze entrepreneurs. At IDCEE 2014, Swiss investor Florian Schweitzer said, “Our presence here proves that business and innovation can continue in spite of politicians’ bullshit.” I think many entrepreneurs would agree.