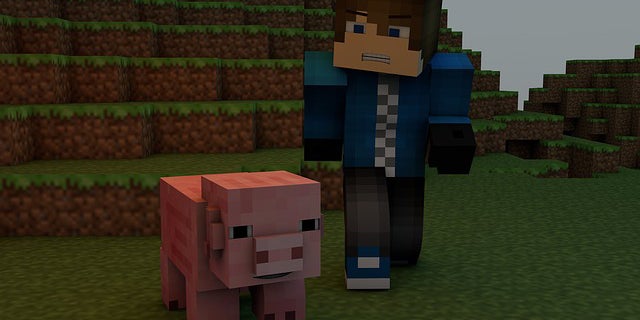 The gaming industry has grown immensely recently but, despite the existence of high-end gaming hardware, both in consoles and PCs, there is a niche that resists the urge to use extremely high-quality graphics and gaming capabilities. This niche is more concerned with the overall gaming experience: the online games. Let's take a look at why online games are so popular. Here are 5 of the top online games which are sure bets for 2015.

While not exactly a novelty, Minecraft has a steady presence on these lists, mostly due to its huge fanbase. Still, what gives this 8-bit game a place on this list is the fact that it was acquired by Microsoft some months ago. Given that Microsoft has not kept the team behind the game, 2015 can bring some news related to the game.

More precisely, the recently announced HoloLens technology can be a great deal for Minecraft. The expectations are immense.

With all the buzz generated on the subject of “vampires”, recently renewed by the announcement of six new short-films within the “Twilight” saga, the number of vampire-fans has increased greatly, and should keep growing. Immortal Day is a free online game based on this subject, perfect for every “blood drinker” out there.

Racing fans also have several games available for them, but this one is a true blast. Developed by Ubisoft, The Crew takes place on an open world where players can find a track to race on almost everywhere. Ubisoft promised to create an experience based on real life, where players can cross the United States from one end to the other without any stop or load.

Along the way, players can find other players and race against them, complete challenges, missions or just traveling without entering any competitions. These long trips may be optional, as there are several cities along the way with many things to do.

Behaviour Interactive is in charge of developing this MMO based on the famous Warhammer 40k world. The game is still in alpha, but it seems to be evolving very well. The Warhammer universe is huge, popular and already has dozens of games. The game breeds include Orks, Space Marines, Chaos Space Marines and Eldar, each having their own unique classes.

The game will be played in third person and will have a strong focus on PvP (Player vs Player), mainly with large-scale battles.

Ubisoft is developing a title based on the universe of Tom Clancy, this time aimed at the online world. The Division is a 3rd person shooter and takes place in a New York devastated by a pandemic. The game has an open world, with many weapons and gadgets available to thrive on the battlefield. The game has a cooperative aspect and even some apps for smartphones.