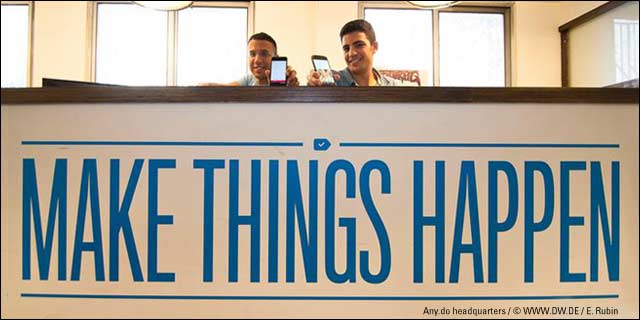 Over the past decades, Israel has become a hub for innovation and R&D. And when it comes to startups, it actually is number two only to Silicon Valley.

With 140 scientists, technicians, and engineers per 10,000 employees, compared to 85 per 10,000 in the United States, Israel boasts the highest number of scientists and technology professionals per capita in the world. Additionally, the amount spent on R&D in relation to gross domestic product, and the percentage of Israelis engaged in scientific and technological activity, is the highest in the world.

At its core, these impressive stats are really driven by Israel’s culture and mentality. Here are five reasons Israeli startups are so successful:

Being located in such a volatile region prone to wars and violence, Israel has been an individualistic nation since its founding. The country as a whole, and Israelis as individuals, have a “refuse to die” mentality. Therefore, they strive to survive and progress forward, no matter what. This demeanor of resilience has been instrumental in the establishment of the country’s unique entrepreneurial spirit and wildly successful startup scene.

Military enlistment is mandatory in Israel and plays a huge role in providing invaluable experience for many budding tech entrepreneurs. The military’s largest unit, the internationally-acclaimed intelligence unit 8200, responsible for introducing more technology millionaires than many business schools, provides its soldiers with knowledge and experience in the fields of tech and cyber security while working under intense pressure, with great responsibility, and often primarily independently.

The experience that many current and future leading Israeli tech entrepreneurs gain during their time in the military provides them with high-level analytical, rapid data-processing and quick decision-making abilities. They are often under enormous pressure with life-and-death stakes — experiences that set them up for success in the hi-tech world.

Not only does the military provide Israelis with knowledge and experience, but also it acts as a social leveler. Since most Israelis, regardless of background, serve together in the same conditions, it is in Israelis’ nature to challenge their authorities — whether in the military, government, or in their careers. While perceived as rude by some, this “chutzpa,” or gutsy, nature, is in fact a causal factor in the Israeli frame of mind that no obstacle is too difficult to overcome.

It’s Not Just About Huge Payouts

Israeli culture promotes appreciating what you have and enjoying life in the present as best you can. In the startup world, Israelis know when to exit and enjoy the fruits of their labor, rather than holding on too long to their companies or being overly greedy. In this culture, money is not the sole focus of ventures. In the end, Israelis strive to change the world, rather than just focusing on how much their idea will be worth if it makes it big – though they tend to make it big in the end, anyway. Israeli exits and IPOs in recent years have been massively impressive.

It’s About Changing the World

Israel has always had to be creative and strategic in solving issues, whether geopolitical, economic, societal, religious, etc. Therefore, Israeli startups aim to solve real issues and improve and help the world. Their focus is typically on B2B, rather than on fluffy consumer technologies.

Some of the best innovations in biotechnology, environmental technology, fraud detection and cyber security come from Israeli companies. In fact, Israel not only has the largest number of companies listed on NASDAQ outside of North America, but it also has the highest level of venture capital as share of GDP, a key factor of a country's innovative efforts. According to the OECD, in 2011, Israel’s expenditures on R&D were 4.38 percent, versus the U.S. at 2.77 percent.

Much can be learned from Israel’s successful startups: Persistence is key, never be afraid to challenge the status quo or your authorities, be disruptive, and focus on solving real problems. But most of all, the focus should not be on the money — be excited by what your company is doing and concentrate on achieving something great.

Many startups fail because they run out of funds or can’t attract enough users, etc. Adopting the Israeli mentality of not taking “no” for an answer and “refusing to die” is crucial for startup success. There’s tough competition out there and it takes trying everything and putting everything you have into your company before letting it go in order to achieve real success.

Molly Cutler is CMO of Cutler PR, a Tech PR agency based in New York City and Tel Aviv. She is a tech enthusiast who spends her spare time cooking, writing about food and watching documentaries.