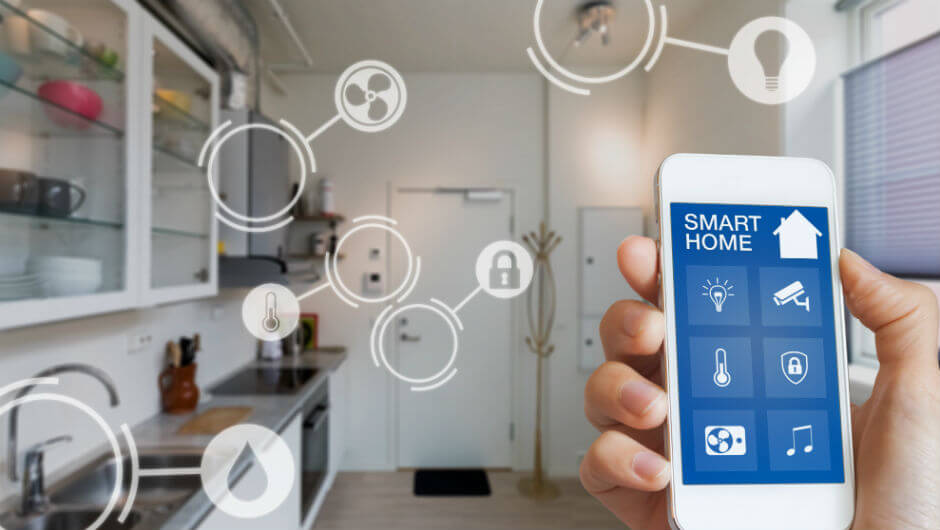 Virtual assistants, artificial intelligence, and the rest of the smart technology industry have seen a meteoric rise in popularity. But in some cases, the installation of smart tech into everyday products is coming off as just a bit excessive. Because let's be honest, no one really needs an Alexa-enabled microwave.

Technology is evolving at an unprecedented rate, and smart technology in particular has seen exponential advancement in just a few short years.

However, when you have an overabundance of fancy tech and not enough gadgets to put it into, things can get a bit dicey. Fortunately, there's no shortage of ridiculous examples of smart tech being put where it simply doesn't belong. 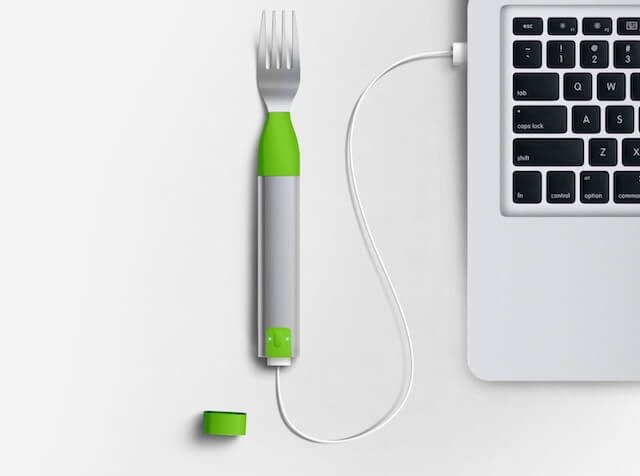 Technologically advanced silverware isn't a terrible idea. Bear with me on this. Gyroscopically-designed spoons have helped patients with Parkinson's to enjoy a good bowl of soup and tech-heavy knives have made cutting off your fingers while chopping fruit nearly impossible.

However, we can all admit a Bluetooth-enabled fork might be taking things a little too far.

Unfortunately, that didn't stop HAPILABS from spinning up this tribute to excessive tech. The HAPIfork, the Bluetooth-enabled fork in question, measures “fork servings,” the amount of times you bring your fork from your plate to your mouth, to help you eat slower with light patterns and short vibrations. The HAPIfork also measures how long it takes you to finish a meal, the amount of “fork servings” per minute, and the intervals between “fork servings.” You know, the important data points you absolutely need to know.

Now, granted, there's plenty of discussion around the link between weight gain and how fast you eat, so arguably it might be helpful to know when to slow down. But even so, shelling out $60 for a fork isn't good for your health or your bank account.

No one needs a Bluetooth-enabled fork but some people might just want one, and that's fine by us. To each his own, and all that. Particularly because, as it turns out, the kitchen is poised to be the smartest room in the house. 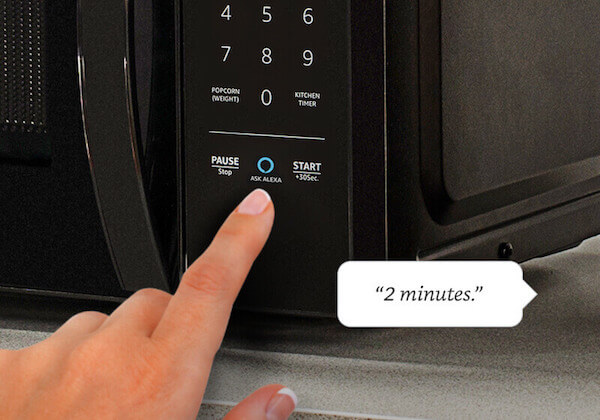 When Amazon enters an industry, you know it's about to explode. Whether it was jumping into the grocery business with Whole Foods or the smart home business with Ring, the Seattle-based tech giant is always ready to disrupt a new industry. And it would appear that the smart kitchen is their next frontier.

At their most recent special event, Amazon announced a number of fun, Alexa-enabled products. From smart plugs to wall clocks, Amazon appears to be significantly branching out. The most talked-about announcement, however, was an Alexa-enabled microwave. Because, hey, why not?

While the microwave won't act as an Alexa hub on its own, it will directly connect to your existing Echo set up and can perform a number of tasks with a few voice commands. You do, of course, still have to push the Alexa button on the front of the microwave, which arguably adds more steps to the microwaving process. At least it has a dedicated popcorn button though; that innovation should keep the folks in the lab on their toes.

This is perhaps the best example of “tech for the sake of tech.” People are getting used to using their voice to get stuff done, and even if they have to push a button to do so, they deserve the right to do it. Still, $59 isn't too bad for a microwave, particularly if your silverware drawer is going to be filled with $60 Bluetooth-enabled forks. 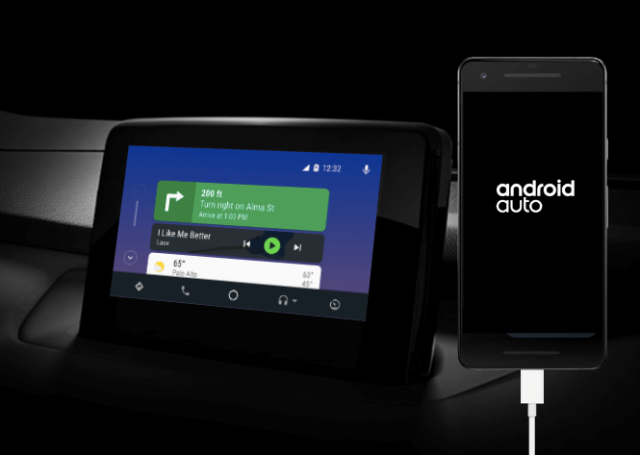 Driving is pretty dangerous. As one of the leading causes of death in the US outside of disease, industry leaders have done what they can to make it safer, from introducing air bags and seat belts to auto-braking and self-driving technology.

But, for a safety-focused industry, auto manufacturers and tech companies sure do insist on turning cars into gigantic transportable smartphones, with all the distraction that comes with it.

Google has partnered with a number of automobile companies, including Renault, Nissan, and Mitsubishi, in hopes of putting Android Auto in as many cars as possible. This would give drivers access to Google Maps, Google Assistant, and a bevy of other beneficial features.

However, with distracted driving accounting for more than 3,000 deaths in 2016, it's safe to say more technology might not be the answer. Not that Google Assistant in a car wouldn't be amazing, but addressing the more pressing problems plaguing the auto industry might be a better use of Google's time.

Childcare is an industry fuelled by parents willing to throw money at anything that comes off the shelf. Since “you can't spend too much money on your kids,” adding excessive amounts of technology to everyday products is a growing cash cow for the industry. Smart changing pads seem like the perfect place to start. 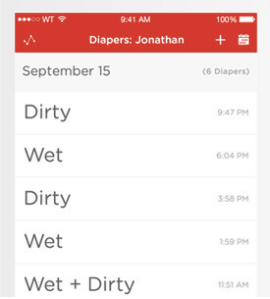 Hatch Baby Grow, a hi-tech changing pad equipped with a wireless smart scale, can do a lot. In addition to being able to regularly weigh your baby to monitor their growth, they can also keep track of how often your baby feeds and, strangely enough, monitor exactly what kind of diaper change they need.

This technology takes helicopter parenting to a whole new level. Yes, it's import to keep track of your child's weight. But, checking your app every single day to make sure little Johnny or Susie is eating enough would add an entirely new level of stress to the already incredibly stressful job of being a parent.

To say this is excessive would be an insult to excess. A comfortable changing table, that's one thing. A hi-tech scale to weigh your newborn, also arguably acceptable. But the thought of changing dirty (or wet) diapers on a piece of technology that costs $129 seems a bit crazy.

But again, if you absolutely need to know how often nature calls your little one, we're certainly not going to stop you from ordering one today. 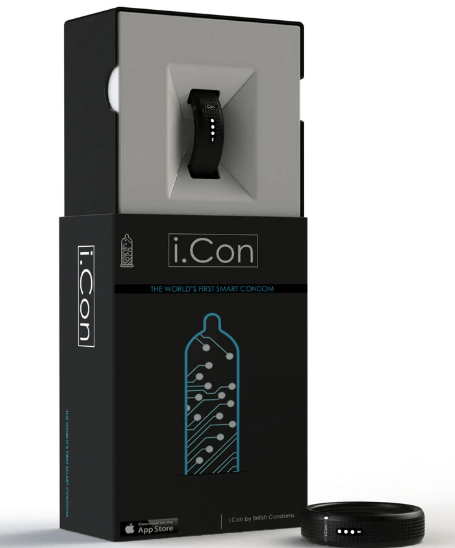 We've reach the end of our excessive little list here, and what better way to say goodbye than with the most intrusively unnecessary application of smart technology you could possibly imagine. You've heard of wearables, you've heard of condoms, but what kind of mind decides to put them together?

The i.Con smart condom isn't actually a condom itself. The small ring is meant to be placed around a condom at the base to track everything from “thrust velocity” and calories burned, to the amount of sessions and number of positions.

We've not even reached the bad part. Makers of the device, British Condoms, have somehow managed to make the concept even less appealing by reassuring users that, “All data will be kept anonymous, but users will have the option to share their recent data with friends, or, indeed the world.”

This is an impressive level of misconception, even for a condom manufacturer. When it comes to turning sex into a means for boasting about your new Personal Best online, it might be time to hang up the lab coat and call it a day.

To learn about smartwatches and fitness trackers you're actually likely to use, check our guide to the Best New Wearables for 2018