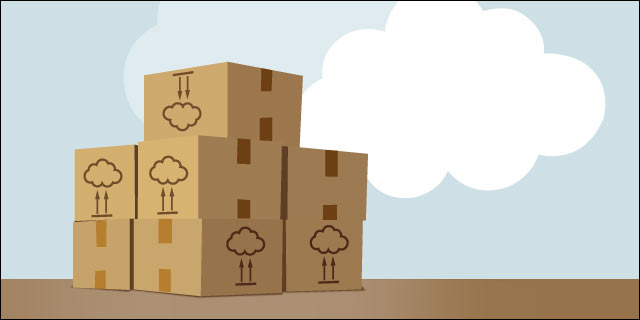 With the across-the-board adoption of smartphones, tablets and laptops, technology is seeing less and less need for bulky hard drives. People are ascending to the cloud.

Need storage for your cellphone snaps? Fly to the cloud. Want to synchronize a file across your many devices? The cloud can do that. If nothing else, online storage has shattered the old system of paring down attachments to conform to email server limits. It has also changed forever the way people collaborate on work.

You can tap into the cloud with many apps, depending on your device OS, how much space you need, and how much you’re willing to pay, among other factors. Here we help you make an informed decision before entrusting your information to the big firmament.

One of the first online storage apps is still one of the best. Dropbox welcomes all platforms, so it doesn’t matter if your device is Android or iOS, Windows or Mac, Linux or Blackberry. It doesn’t pick favourites; it runs equally well on these systems.

Like most of the services in this list, Dropbox allows for easy movement, i.e. dragging and dropping, of files between computer and cloud through its desktop app. You always have the option of storing and retrieving files from the web version, though.

One of the more striking features of Dropbox is that it doesn’t impose any limit on file size. It even enables versioning, meaning you can retrieve older or deleted iterations of a file.

Dropbox gives you a default space of only 2 GB, but you have many ways to get more. These include referrals, taking part in the tutorial, linking the app to social networks, enabling automatic camera uploads, and buying brands that come pre-installed with Dropbox. You can always pay for the full service, which yields 100 GB.

Many users confuse Dropbox with Box. Not many may know, however, that Box precedes Dropbox, the former being founded in 2005. And whereas Dropbox is targeted toward individuals, Box is geared to enterprises, hence the relative obscurity.

Box is the best bet for collaborative work because it offers specific controls over privacy and confidentiality. With Box, managers can easily delegate tasks, choosing which individuals can edit, upload, or open files. Managers can lock files with passwords, assign them expiration dates, and leave comments. Viewing and downloading history is also available for every file. Whenever a file changes, the manager is notified.

Box’s utility increases even more when you pair it with complementary apps like Salesforce. In addition, certain plug-ins enable you to create and edit Microsoft Office, Google Docs, and Adobe Lightroom files from Box.

To many users, the biggest letdown is that Box only offers versioning to paid subscriptions. Furthermore, the free version of Box limits upload size to 250MB, compared with 10GB for Dropbox and Google Drive. This could be a real issue if your files are videos. You may only raise the file size limit – up to 5GB – with a paid membership.

Formerly known as Skydrive, OneDrive is Microsoft’s contribution to the online storage game. Devices that run on Windows 8 and 8.1 come pre-installed with OneDrive; you need to download it for earlier Windows iterations. OneDrive suits Windows Phone and Xbox, and works just as well in Mac, Android, and iOS devices.

OneDrive proves beneficial if you’re a regular user of Microsoft Office. With Office 365, you can see changes on a collaborative project in real time. More amazingly, OneDrive’s Fetch Files mechanism lets you remotely control data on a PC by logging on to the OneDrive website.

Be aware, however, that OneDrive can detect offensive material in its care. As stipulated in its terms of services, Microsoft reserves the right to refuse data that contains pornography, racism, homophobia, etc.

OneDrive compensates for its intrusiveness by offering default storage of 7 GB, with opportunities for expansion through referrals and automated camera uploads, like Dropbox.

This week, Google Drive announced a steep markdown for its paid subscription. Now you can get a whopping 1 TB of storage for just $9.99 a month, making it the most competitively priced option in the market today.

Google Drive’s free version alone is the most generous in the competition. Offering 15 GB for free from the outset, it simply leaves all the other services in the dust. The catch is that your Gmail attachments and messages as well as exceptionally large Google+ photos count toward these gigabytes.

Google Drive performs up to par in both Android and iOS devices as well as PC and Mac, but it's really in its element in Chromebook. Windows Phone has yet to fully support Google Drive.

Never mind, as Google Drive has a suite of office tools that make MS Office somehow unnecessary. Google Drive has native word, spreadsheet, and presentation processors, and a team can collaborate in real time through them. In addition, Google Drive supports versioning.

Google Drive’s only sticking point may be its inability to enable automatic uploads from a camera. Granted, photos are automatically backed up to Drive – only if you post them on Google+.

Because Apple has its own fan base, the company figured they needed to take a slice of the online storage pie, too. Apple fans would immediately see utility in iCloud, but may have to supplement it with any of the foregoing services, just in case.

iCloud is a misfit among storage apps to the extent that it doesn’t enable drag-and-drop movement between hard drive and cloud. It doesn’t allow syncing of videos, either. Security-wise, iCloud also leaves something to be desired in that it encrypts most data with only 128-bit AES. Furthermore, iCloud reserves the right to scan your files for unsavoury content, just like OneDrive.

On the upside, iCloud has recently announced iWork, a trio of apps that serves as a riposte of sorts to OneDrive and Google Drive’s productivity suites. iCloud also gives you 5 GB of default storage, more than enough to automatically store data about paid apps, keychain information, contacts, etc. With iCloud, you can automatically store your iTunes purchases across all your Apple devices.

Deborah Jones is a content creator and an article, press release and blog post writer who enjoys the freedom of working from home. She is well read and driven by her passion to bring effective and highly engaging writing to a larger audience. She loves chasing stories about people and contributing to nutrition, real estate, music, investment, fashion, and photography blog sites.