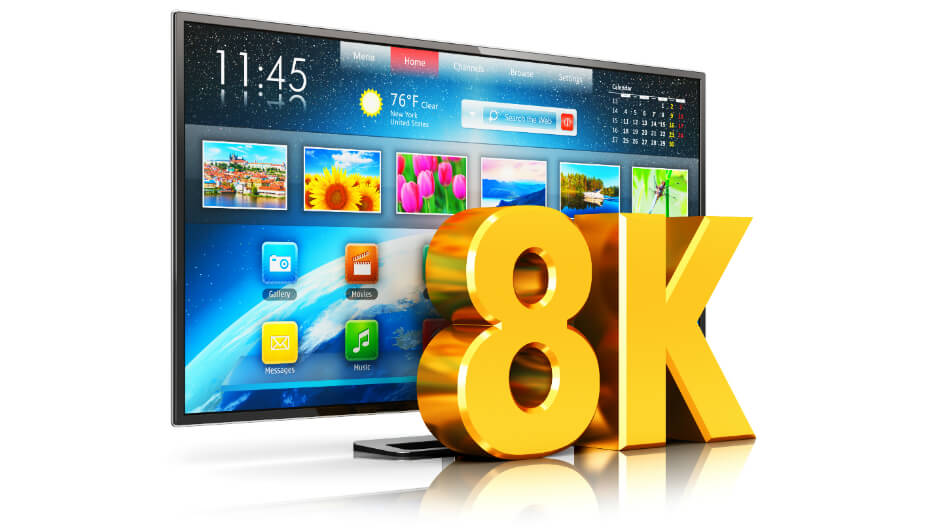 Even though 4K TVs have barely had a chance to establish themselves in living rooms, the next generation of TV tech is waiting in the wings and that means 8K TVs. With even more detail and picture clarity, they promise to outgun today's TVs – and 8K is on its way imminently. But, should you rush to buy an 8K TV, or put off buying a 4K TV knowing it's about to be outmoded? We explain all you need to know about 8K tech.

At the recent IFA technology show in Berlin, manufacturers such as Samsung were eager to show off their 8K wares. It seems the day has finally arrived and 8K TVs will soon become commercially available from a number of popular brands.

This advanced TV technology has been in the works for a while now. Ever since 4K TVs hit the market, Samsung, LG, and TCL have been itching to put out something even clearer, brighter, and more colorful for tech's early adopters – whether the human eye can actually detect the difference, or not.

Despite the hype though, it's hard to know whether it's smart to invest in an 8K TV right now – which is why answering a few key questions about the tech is quite important.

Simply put, 8K describes the resolution of the TV, and that means picture detail and sharper, more life-like images.

The above infographic demonstrates the difference in scale the of this detail. So what do all these numbers mean in terms of actual TV clarity?

In practice, you will need a large TV set to really appreciate the difference, however. The 8K model that Samsung showed off at IFA, for example, was a giant 85-inch behemoth. Put simply, if you're only after a 32-inch screen for a small living room, then 8K isn't going to make much difference.

When Are 8K TVs Available?

Unless you're looking to shell out thousands of dollars and move to Japan, 8K TVs aren't quite available just yet. But, with prototypes revealed at the CES technology show in Las Vegas in January, and commercial models on display at IFA last week, it's safe to say 8K TV availability is right around the corner.

Samsung, for example, is reportedly releasing its 8K TVs as early as later this month, while brands like LG and TCL are poised for a 2019 release date.

Other brands will naturally try to keep up throughout the next year. The reality is, you'll be able to have an 8K TV in your living room by Christmas – if you really want one (and have deep pockets). But, what are you going to watch on it?

The uncomplicated answer is “no.” Some streaming services, such as Netflix and Amazon Video, have only recently starting making 4K content available on their platforms, and even they're lagging behind a bit. 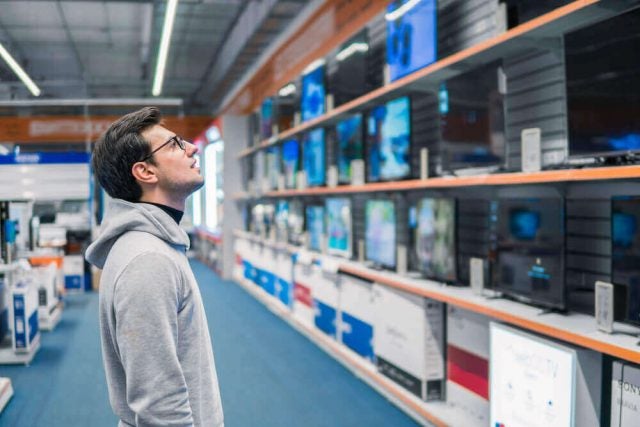 Hulu and HBO haven't even made an effort to make 4K content available, so it's safe to say that a consistent stream of 8K content is still many years in the future.

The more complicated answer is “kind of.” While specific 8K content will not be available on streaming services, most of these 8K TVs are being built with the technology to upscale existing content into 8K quality. It won't be nearly as crisp and stunning as specific 8K content, but it will give you a reason to think about getting one of these unreasonably expensive TVs.

Upscaling technology tends to be a mixed bag. When HD TVs were first released, there was little to no readily available HD content to watch, so upscaling filled the gap. While it usually improved upon standard definition picture clarity, there were downsides, such as juddering image motion. Upscaling is improving, however, with some fairly convincing 4K upscaling tech already commonly available in today's 4K TVs.

Should I Hold Off Buying a 4K TV?

Unless you're an insistent first adopter of technology, an avid television enthusiast and a verified millionaire, you can probably still go ahead and buy that 4K TV you've been eyeing on Amazon. Because, as a few experts have pointed out, buying the very first 8K TVs is reserved for a very specific type of person

TV resolution isn't like the newest iPhone – you won't need to upgrade every year.

As mentioned above, 4K content hasn't even reached global adoption yet, and there are very few plans to make 8K content available in the near future, so don't hold off on buying a 4K TV. You'll still get years of use out of it.

How Much Do 8K TVs Cost?

As with any piece of innovative, groundbreaking technology that is released right before the holidays, 8K TVs are going to have some pretty shocking prices tags once they're released.

While there's still no official word on exactly how much 8K TVs are going to cost, rest assured, it's going to be a lot.

There are models available in Japan for, as mentioned above, cost thousands of dollars. It's hardly a leap to assume the same high prices could make it across the Pacific. After all, even Samsung's moderately-sized 4K TVs still come in at over $1,000, so 8K technology will likely stick to that expensive trend. But do you get what you pay for?

Will You Even Notice the Difference Between 4K and 8K?

That's a great question. While 8K is “four times better” than 4K, the human eye can only do so much when it comes to noticing higher resolution.

However, the difference between 4K and 8K will become increasingly apparent when bigger TVs become the norm for everyday consumers.

“Certainly the advantage of higher resolution is more obvious as screens get larger,” said Ross Rubin, Principle Analyst at Reticle Research to Engadget. “That's one way in which 8K will be even harder to justify than 4K in the earlier years of pricing premiums.”

If we're being honest though, the difference will not be worth a couple thousand dollars. Being the first to have an 8K TV may be important to some people, but if you're on the fence based on the actual performance, you should put away your credit card and save up for something else.

8K TVs, as you can tell, leave a lot of people scratching their heads about a whole bunch of issues. With technology this complicated, there are bound to be a few questions that we can't possibly answer. But it never hurts to try!

Unfortunately, there's no easy answer to this one, until 8K TVs are fully launched and comparative testing can be made.

All three of these are advanced TV tech that offer superior picture clarity to conventional HD and 4K screens.

The one thing all of these TVs have in common is higher costs than conventional LED screens. To make matters more complex, they needn't be mutually exclusive. We could well see 8K TVs next year that use OLED technology, for example.

When are Samsung 8K TVs available?

According to Samsung, their 8K QLED TV will be available at the end of September. No further information has been revealed, although you can sign up for updates here.

When are LG 8K TVs available?

LG is decidedly behind Samsung when it comes to a release date. Reports suggest that their 8K TV won't be available until 2019. So start saving now!

Can You Watch Netflix in 8K?

Right now? Of course not! Netflix only just added 4K content in 2014, and still barely has a solid catalogue of shows, movies, and stand up specials to warrant an upgrade.