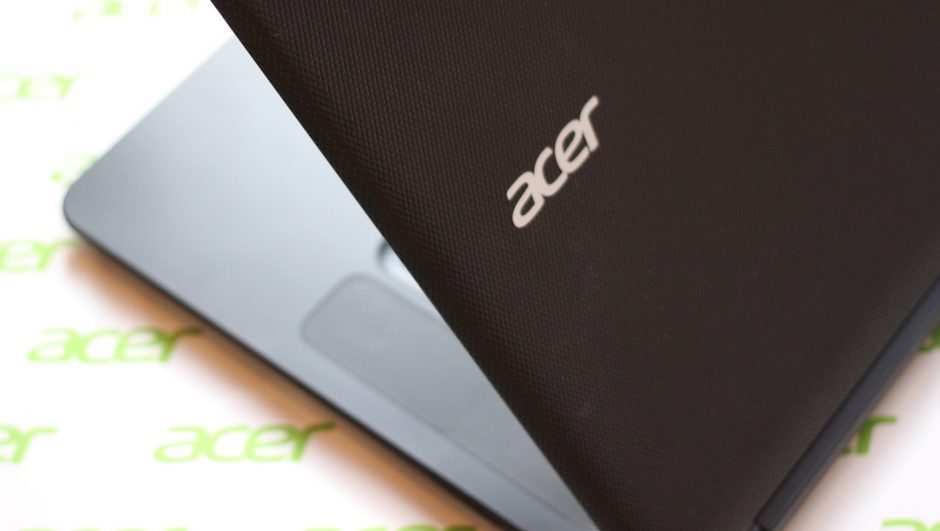 At its event, Acer listed a huge range of devices to suit different budgets and needs. Of particular highlight are its Chromebook Spin 15 – with a huge 15-inch touchscreen – and super-sleek Acer Swift 5 laptop.

We round up the latest new announcements from Acer, including prospective prices where available.

Looking for a high-end laptop? Check out our roundup of the Best Laptops for Designers 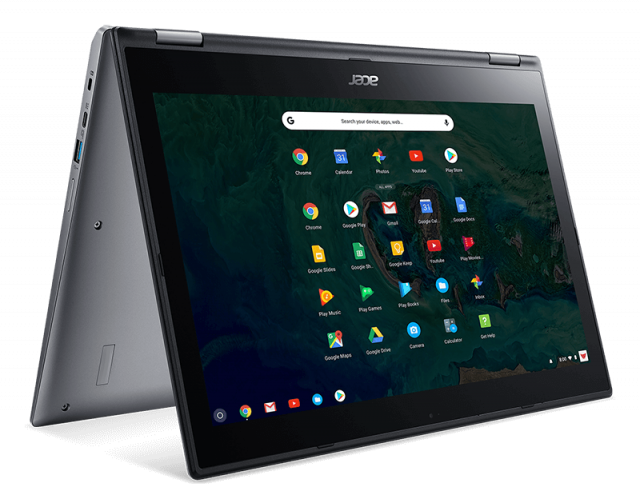 The new Chromebook Spin 15 is the first 15-inch convertible Chromebook. It 15 pairs a large 15-inch 1080p touchscreen with a 13-hour battery life, two USB-C ports, one USB 3.0 port and an MicroSD card reader. In terms of power, you’ll have a choice or two Intel Celeron or an Intel Pentium processor along with 4GB or 8GB RAM.

Storage is minimal, at 32GB or 64GB. But, as Chromebooks store most data in the cloud, this shouldn’t be an issue. 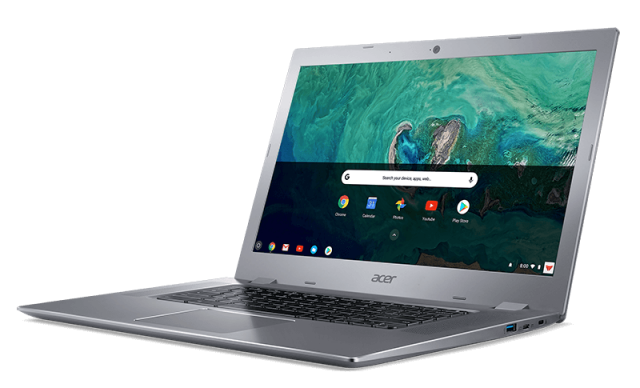 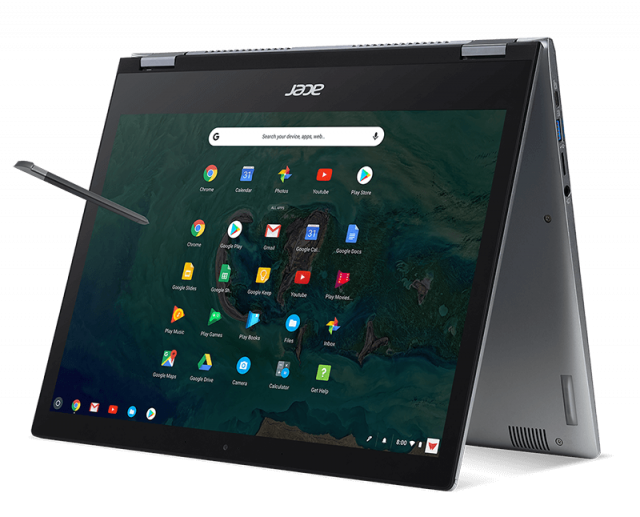 The new Chromebook Spin 13, just look at that stylus

Acer also threw in an updated Chromebook Spin 13, claiming it to be the most powerful Chromebook in the world with an 8th-gen Intel Core i5 processor. It also, unusually has a glass trackpad. Sadly, no details were released about when the Chromebook Spin 13 would go on sale or how much it would cost. 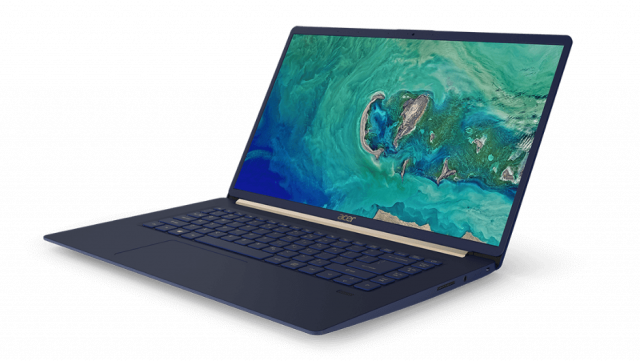 A new version of Acer’s Swift 5 ultrabook was announced as well – featuring a 15.6-inch screen, rather than original’s smaller 14-inch. Thanks to some tiny bezels, measuring only 5.87mm, it has a remarkable 87.6% screen-to-body ratio – making the new 15-inch version only slightly larger than its predecessor.

The tiny bezels are accompanied by a slender chassis – according to Acer it’s the smallest 15-inch laptop out there – and is incredibly light, weighing less than one kilo.

Despite its size, or rather lack of, the Swift 5 should feature 8th-gen Intel Core processors, up to 1TB of SSD storage and up to 16GB Ram. Acer cryptically claimed a battery life that “lasts through the workday”, whatever that means.

Pricing and availability has yet to be announced.

However, according to the Acer presenters, gamers are now crying out for this insane level of processing power as they “are now editing, rendering, live streaming” at the same time. If Acer is to be believed, gamers “are not just gaming anymore”.

Looks-wise, the Predator X is identical to the monolithic Predator Orion 9000, which launched back in February. It stands at 25-inches tall, nearly 12-inches wide, 27-inches deep and weighs a colossal 42lb.

There were no details released on price or availability, but, we wouldn’t expect this kind of processing power to come in cheap. 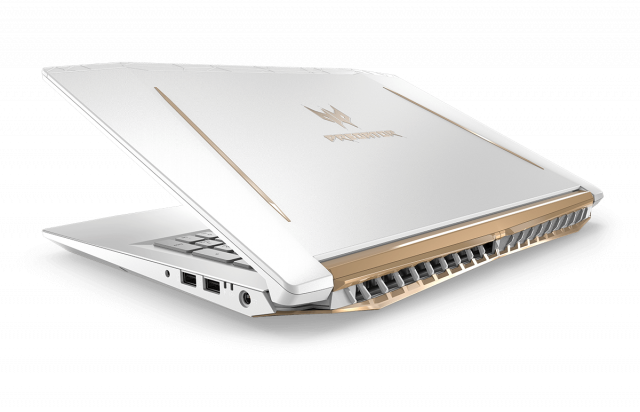 In an unprecedented move, Acer made a gaming laptop that isn't black

Following a slightly odd video which telling us about Acer engineers heading into the Earth’s core to search for renewable materials but instead discovering a portal to another world, a special edition version of the Helios 300 laptop was shown off.

It features an “unusually chic” white chassis with gold accents, an 8th-gen i7+ processor and a 144Hz refresh rate to make games look smoother on screen. 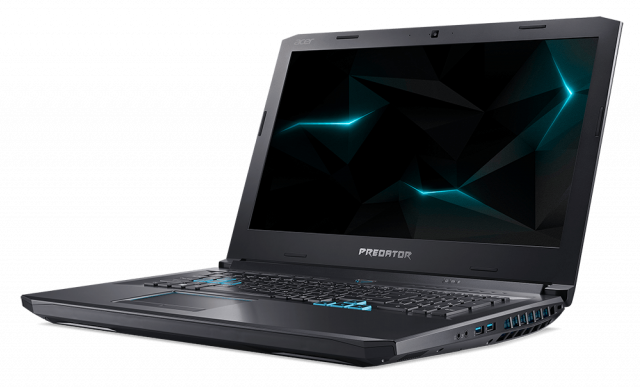 And here's a gaming laptop that is, indeed, black

Announced alongside it was a new Helios 500 laptop. It’s a hefty 17.3-inch laptop packing an Intel Core i9+ processor, a 4K screen and some enormous cooling fans – this is one laptop that you won’t be taking on the go. If you’re in Europe, the Middle East or Africa you can buy it now for €1,999, but North American customers will have to wait until June and it’ll set you back $1,999. 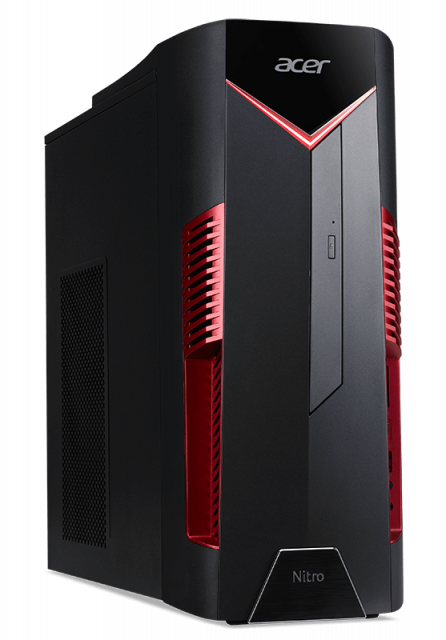 Not sure if PC gaming is your thing? The Nitro 50 might be a good place to start

Well done if you’re still with us – it’s been quite a ride. A new Nitro 50 gaming desktop was announced after a dubstep-laden video showing us the highs and lows of e-sports tournaments.

The Nitro 50 was designed as an entry-level gaming desktop, and comes with eight-gen Intel Core processors and can accommodate up to a NVIDIA GTX 1070 graphics card. They also have a wireless charging deck, so you can keep your Qi-enabled devices charging whilst you’re gaming.  They’ll hit the shelves in May if you’re in Europe, and July if you’re in the States. Prices start from €999 and $799, respectively. 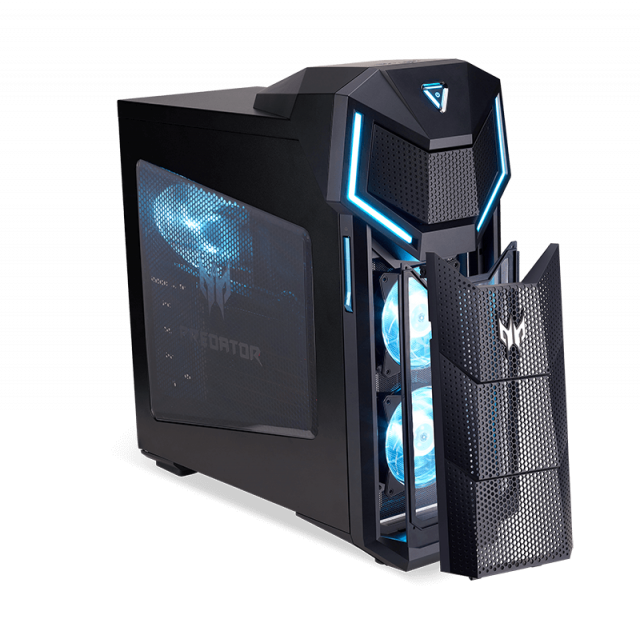 Here's the Predator Orion 500 in all its see-through glory

Ok, last one – the Predator Orion 5000 was also revealed, with Acer making a song-and-dance about its see-through chassis. Think of a high-tech Faraday Cage and you’re not too far off.

The chassis itself is EMI-compliant, keeping it free from potential electromagnetic interference – but this more of a nice-to-have, rather than a need-to-have.

In terms of the components which, thanks to that see-through construction you’ll get a lovely view of, the Orion 5000 packs i7+ processors, 32GB of Intel Optane memory and up to two NVIDIA GTX1080 Ti – serious specs. 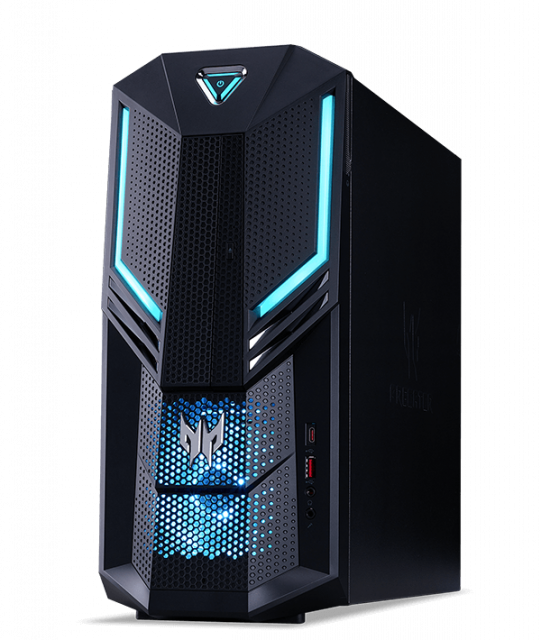 Acer also announced a lower-spec model, called the Predator Orion 3000. It features the same see-through construction, up to i7+ processors, up to 32GB Intel Optane memory, but, sadly, you’ll only be able to fit one GTX 1080 in.