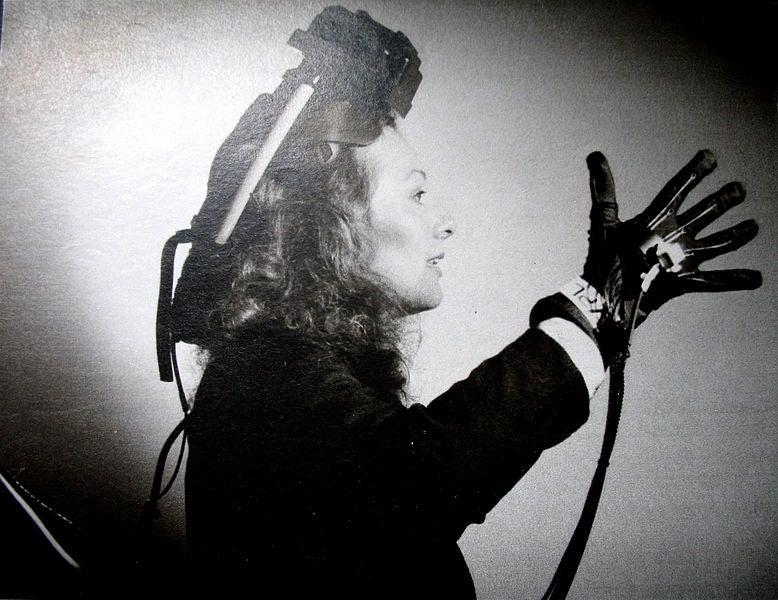 Fifteen years ago, nobody could have imagined a future where people walk across the street with their noses buried in their phones, and yet, that seemingly ridiculous habit has become as commonplace as owning and driving a car (something that was also new at one point). With the Oculus (and a range of competitors) set to arrive in early 2016, it’s hard not to wonder how life is going to change with widespread acceptance of VR and AR–but the real question is, are we ready for the revolution?

Currently, most people associate virtual reality devices with video gaming–mainly because that’s all it’s been used for in a public and practical sense in the past (anybody that’s seen the ending of the lackluster 1996 Disney comedy First Kid starring Sinbad knows what I’m talking about).

However, the potential application for VR and AR beyond gaming is becoming huge. Interestingly, Rutgers University professor Joe Sanchez has been using virtual reality in education for years via the popular program Second Life–but the promise of first-person immersion brings a whole new level of sophistication that never could have occurred prior. Imagine the ability to view working models of industrial machines up close, or to walk under the ceiling of the Sistine Chapel, all without ever leaving the classroom. And honestly, we’re not that far off from using VR video games to power STEM and other types of education: picture a scenario where you do the math to create a hollow wooden horse so that you and your Greek comrades can sneak into the walled city of Troy–instead of reading Homer’s Iliad, you could live it.

Of course, education isn’t the only field that VR and AR have started to pop up in. The healthcare, automotive, and advertising industries have already begun to adopt the technology in various ways, and many other industries will soon follow. The future will endow us with the ability to walk through buildings and structures before they’re even built, or have face to face business meetings with people across the globe in real time (goodbye conference calls!). While this innovative tech is slowly making its way into the business world, widespread implementation, while inevitable, faces many obstacles.

The biggest hurdle in the face of such a vibrant future is the ability of business to adopt, and unfortunately, most simply are not ready. Consider the previous image of crowds walking through a busy street, fixated on their phones, playing on Facebook, balancing their bank accounts, using GPS to reach their destinations, and even setting their thermostat to warm up their houses before they get home. It’s estimated that there are about 25 internet connected devices per every 100 inhabitants in the U.S. right now, and as the “internet of things” (IoT) continues to grow, so will the number of internet-connected devices. This will most likely include VR and AR headsets.

Businesses are realizing that to be successful, they have to catch up with these tech trends, whether that means utilizing the data that comes from the IoT or implementing their own connected solutions. The worst part? They can’t keep up. The world is facing an IoT skills gap that threatens the security of our online infrastructure and leaves $19 trillion in wanting revenue. In fact, Cisco VP Wendy Mars has estimated that currently businesses are spending 80% of their time and money on keeping up with day to day operations, or “keeping the lights on” as she calls it, leaving little room to innovate and focus on new solutions. Compound this with reports that the IT skills gap costs businesses $1.3 trillion a year, and it makes you wonder: if businesses aren’t able to keep up with current trends, how are they going to adapt to even more revolutionary tech as it comes out?

The answer might just come from Google. While Oculus and the Microsoft Holodeck will require special knowledge on new types of software and hardware, Google has produced an introductory solution that it refers to as “Cardboard”. Utilizing your phone, some folded pieces of cardboard, and a couple of other small odds and ends, Cardboard VR simplifies the route to new technology. Not only does this solution offer a $20 to $25 introduction to users that aren’t sure if they want to invest in VR tech, it also allows business owners and IT teams to work with software they basically already know–the typical Android or iOS operating systems.

The fact still remains that most businesses are not equipped for the VR and AR revolution, especially if they don’t start implementing more fast, flexible solutions to address the skills gap now, but many are making great strides to ensure that AR and VR will be tangible additions to the private business world.

The future is bright–the age of virtual reality is upon us.

Andrew Heikkila is a writer and tech/life enthusiast (because what's the difference between the two anymore?) from Boise, ID. In his free time he likes making music or going on a good run.