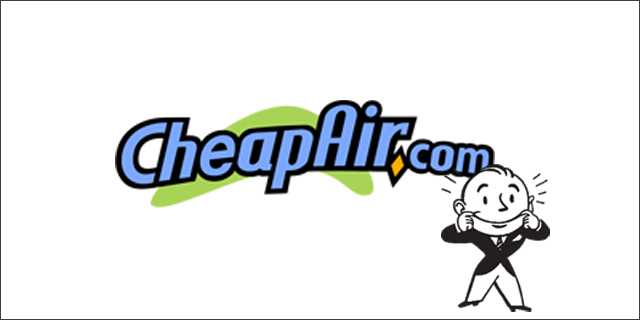 Though you may be more familiar with Kayak, Priceline, Travelocity, and Expedia, Calabasas-based CheapAir.com has been around longer – since 1989 – and after talking to founder and CEO Jeff Klee, I think they’re better than the competition.  Despite being in a crowded marketplace, they are constantly looking for ways to innovate – and that is the hallmark of a great company.

Last week, the airfare shopping engine became the first one to tell travelers which flights have WiFi, live TV, movies and more.  For all of us constantly-working entrepreneurs, this is an awesome feature.  I originally wanted to talk to Klee about this new feature, but it turned into a much longer conversation about the industry – and how his company evolved from a call center.  Below are excerpts from our chat.

Tech Cocktail: Was there a huge demand for this new entertainment/WiFi feature?

Jeff Klee: Yes, absolutely, and it’s something we’ve wanted to do for a long time – we think it makes a big difference when choosing a flight. For entrepreneurs and businesspeople who need to be connected and working while traveling, it was tedious to go through every single airline to see what they offer on each flight.  If I could fly across the country and watch Sports Center while checking email, those 6 hours go a lot faster.

Putting this new feature together was a big technical hurdle.  When airlines started to introduce some of these features on their flights, we waited for them to make it easy to find this information – but they never did.  So we got sick of waiting and decided to start aggregating this data – we check different sources for each airline, normalize it, and display it.

Tech Cocktail: How long did it take?

Klee: It took us about 6 weeks to put it together.  We’re a small team relative to some competitors so we can do stuff quickly.  When we want to do something, we dive in and do it – ideas don’t have to filter through committees.

Tech Cocktail: Why is CheapAir.com better than the competition?

Klee: We’ve done a lot of new things – like our price drop guarantee that gives you a travel credit back for the difference of your fare if the price drops after you book travel.

But fundamentally our biggest difference is the way we approach shopping for fares – we developed our own software and do a more exhaustive searches for combinations of flights – there are sometimes 3,000-4,000 combinations of flights for a cross-country trip.  And we present it in a way that is not confusing – you can choose inbound and outbound flights separately.  Where we really help someone is when there’s a deal taking American in one direction and AirTran in the other direction.

Tech Cocktail: So do prices drop regularly?  When’s the best time to buy tickets if you’re looking for the best price?

Klee: Yes, prices do drop fairly frequently – the further out you buy your tickets, the more likely it is to happen, especially for less popular routes.  6 weeks out is, on average, the best time to buy a ticket for domestic flights.  International fares are more stable than domestic, so it’s more like between 2-3 months out on average, but that depends very much on how seasonally popular your destination is.

Tech Cocktail: You were founded way back in 1989 – pre-Internet days.  How’d you get started?

Klee: We actually started as a call center while I was in college at the University of Michigan.  (We launched the website in 2002.)  This was not part of some grand master plan for my life [laughing]!  I just wanted to go backpacking for the summer in Europe, and while during research on airfares, I was finding all of these consolidators with huge variances in pricing.

When I got back from my trip, I decided to try to resell some of these airline tickets, so I made a deal with a consolidator and put classified ads in the LA Times – and it worked. I made money, so back at school I took it further and started organizing spring break trips and that sort of thing.

After I graduated, I was preparing to go to law school, but at the last minute I had second thoughts and decided to try to make a go of this airline ticket business while I figured out what I wanted to do.  The business took off – we launched our website in 2002.  We’ve reinvented ourselves several times as the industry and business models have changed – and they have changed a lot.