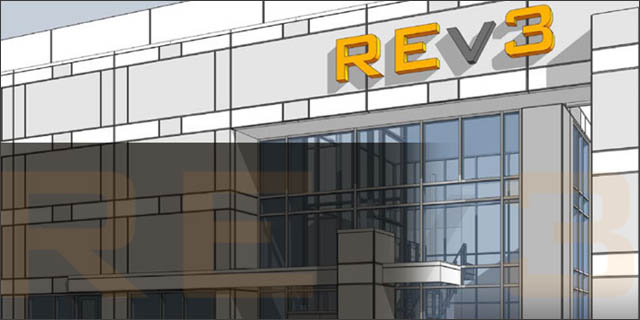 Fact: Hardware startups are on the rise.

Fact: DuPage County in suburban Chicagoland has over 925,000 people, several universities, several Fortune 500 headquarters, a very educated populace, a rich manufacturing base … but an under-developed entrepreneurial scene. There are over 5.6 million people in the suburban Chicago area.

Conclusion: There is a huge need for an innovation center in suburban Chicago.

For the past several months, I've been part of a team to launch the Rev3 Innovation Center. Even though the costs for doing a hardware startup are coming way down, entrepreneurs still need access to specialized facilities, like 3D printers, laser cutters and electronics equipment, not to mention expensive 3D CAD packages. Called Rev3, for the third industrial revolution, it will be a co-working space that accommodates software developers and manufacturers alike. It will have the usual accoutrements of a co-working space such as shared and private offices, conference rooms, training rooms and good coffee. But it will also have a full machine shop, wood shop and prototyping facility.

The name is a reference to the revolution that's occurring in digital manufacturing. From the Rev3 website:

“The first industrial revolution began in the late 1770’s and was marked by an evolution in the way things were manufactured. Hand production methods were replaced by machines, and with each passing decade more and more efficiencies entered the landscape. By the time the famous second industrial revolution came about a century later bringing assembly line manufacturing and mass production, almost every aspect of daily life had been influenced in some way.

The third industrial revolution – the digital revolution- began in the 1980’s when the personal computer became commonplace, and quickly became a necessity for many jobs. The digital revolution spread through the modern world, and by the 21st Century, interconnectedness has flourished. The way we do business – from a simple retail transaction to the storage of mass amounts of data continues to evolve rapidly. Recent innovations like rapid prototyping, cloud computing and the open source movement are causing change to accelerate even faster—creating risks for companies and people attached to the old way of doing business—but creating breathtaking new opportunities for entrepreneurs who can harness these new tools.”

A brochure about Rev3 can be downloaded here.

If you are an entrepreneur in suburban Chicago, please engage with us. We also welcome the support of the community as sponsors, mentors and advisors.