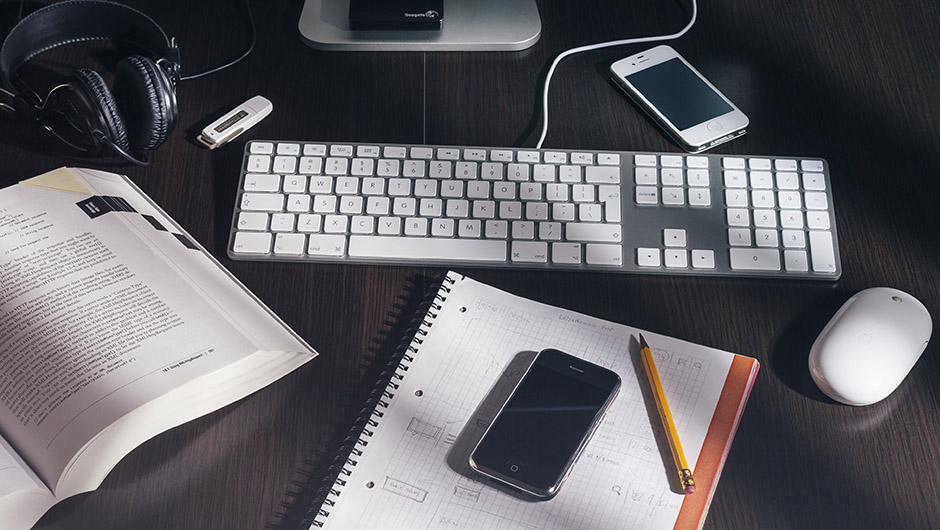 The rise of bots is great… I guess.

Don’t get me wrong, I love the promise of bots – automated engagement and assistance delivered through various mediums – but I am also a bit leery. That's because, like you, I’ve lived through years of bots already, on the phone. Admittedly, a comparison between phone assistance automation and digital bots is not totally fair, but as the industry is learning how to properly put bots to work, some fairly inauspicious examples have emerged. It will get better with time.

As with any new tech trend, the rise of bots has also led to plenty of pundit pontification. Among the more popular themes to emerge is speculation that the rise of bots is signaling the death of apps. And given the size of the app economy and the vested interest of companies like Google and Apple, this is as premature a death sentence as any.

But to completely separate the bot trend from the current state of the app ecosystem doesn’t make sense. Here are three things that bots can teach us about apps:

Most app owners today understand that retaining users is more important than acquiring new ones. That being said, the need to acquire users is obviously a vital milestone on their way to revenue. As opposed to digital bots that can be delivered by a number of different vehicles, apps are more of an island. Users have to find the app to use it!

Major tech companies understand this and are investing significant resources in helping companies overcome the discoverability hurdle (i.e. Google streaming app content in search results and Apple reportedly set to launch a paid search feature for the App Store). These are great initiatives by the two mobile giants, but if you own an app, you have to do more than just leverage these features.

Among the best actions you can take is to tap into your existing app users. For instance, the more 4-star and 5-star reviews you get, the higher you will appear in app store rankings. Are you asking your users to rate your app? Are you engaging users with an app referral request? In both cases, it is important to have the ability to:

We’ve all seen the basic app-rating request that appears almost immediately after apps launch. This approach is more likely to annoy users than produce good app ratings. Instead, try triggering this request at different points in your app based on when you think users are most satisfied. Gather data on how users react and optimize your approach quickly to get the most out of these two techniques!

The biggest problem with apps isn't that there's too many apps in the marketplace today (even though many app owners would say otherwise). Rather, there's a large number of apps trying to provide too much functionality. The “Swiss Army knife app” approach is almost diametrically opposed to the simplistic ambitions of digital bots. Make no mistake, these types of apps turn off users and send them in search of a simpler way to interact with your brand… or a competitor. If you find yourself in this situation, a complete redesign or decomposition may not be possible.

You can, however, take a page from the bot playbook and try to create a more pointed experience for your app users. For instance, rather than only think about in-app messages as a conversion tool, why not try messages with deep links to guide users to specific locations in your app? Or, how about tooltips or feature video tutorials to hone the focus of your users? Learn over time based on how different user segments respond to these approaches, and perhaps you can start to remove the noise from your app.

We all crave instant responses in today’s constantly connected world – bots play up to this craving by providing a chat-like experience. While you may not be able to create the same type of experience in your app, you can let users know you are listening to them, through feedback and later if you act on the feedback in a meaningful way.

A good example is something that many product managers are very interested in doing more of – in-app surveys. Consider launching a new survey to ask users for their feedback on your app, asking them about their general satisfaction with your app and giving them an opportunity to rate the app.

If they indicate that they are less than satisfied, you may ask them to provide details that further explain their dissatisfaction. Conditional engagement flows in your app can go a long way to providing a conversational experience that is not all that dissimilar from bots.

So while predictions of digital bots signifying the death of apps may be a tad overstated, there are clearly things to be learned from this trend. Hopefully, you take the time to reflect on the points above and ultimately use the bot craze to improve your app experience!

Dustin Amrhein leads Field Solutions for Insert, In this role, he focuses on helping enterprises leverage the Insert platform to eliminate creative lag and revolutionize mobile user engagement. He brings several years of experience in the mobile industry and has partnered with numerous organizations to turn mobile strategy into mobile reality. Prior to joining Insert, Dustin worked at IBM where he was the North American Technical Sales Executive for IBM’s MobileFirst portfolio.