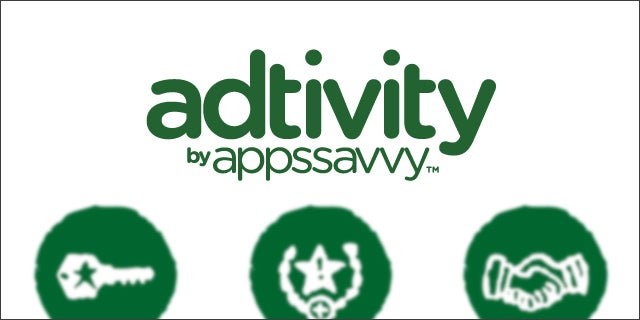 appssavvy, the New York-based activity advertising technology company and their platform advtivity, have announced the completion of their Series 1-A funding today- a new infusion $7.1 million.  This added capital comes from a host of former investors of the company, including True Ventures; The New York Times Company, founder of About.com; Scott Kurnit, co-founder of StockTwits; Howard Lindzon; and new investor, AOL Ventures.  Today's Series 1-A brings the company's total funding to just over $10 million.

This new form of online advertising, referred to as activity advertising, focuses on what the user's activity is, rather than where they are performing this action.  In the old model, an ad was dependent upon the website the user was visiting.  This new iteration takes specific action into account.  For example, an ad related to a user's status update; the exchange of virtual goods, contests and polls; completing a level in a social game; visiting a friend or sending a message within a game; and after he/she “Likes” something new.

“Activity-based advertising, we believe, will be the emerging digital advertising category that paid search and behavioral targeting were a few years ago, and which video is today. Today’s Series 1-A venture capital round is further evidence of the activity advertising opportunity for both publishers and advertisers,” said appsavvy CEO and co-founder, Chris Cunningham.

The early effectiveness of this model has proven successful with an engagement rate 4-to-8 higher than the industry average.  “The adtivity platform is enhancing our ability to monetize our games in the context of our players experiences,” said Dan Hart, chief revenue officer of Arkadium, a developer, publisher and distributor of casual, social, and mobile games. “We have found that activity-based advertising delivers a strong additional revenue stream and enhances our profitability.”

Other big brands getting on board with the activity based advertising includes: Hewlett Packard,  Coca-Cola, Sony, American Express, Chase, and State Farm.

“Since its inception four years ago, appssavvy identified people’s activities online as a tremendous opportunity to not only change advertising, but change it for the better, and for all those involved, including publishers, brand advertisers and, most importantly, consumers.”  added Tony Conrad, True Venture founding member and venture partner

The new funds will allow the advtivity network to further its platform, add new partners, and eventually expand internationally.

With the rapid, evolving use of social media, and correspondingly the function of these platforms, the success of activity-based advertising will come down to who can adopt the fastest and most effectively.  Having a close working relationship with these services will prove to play a pivotal role in the future of this quickly growing field.

To see how the adtivity platform works for yourself, check out the “see in action” tab on the appsavvy website.