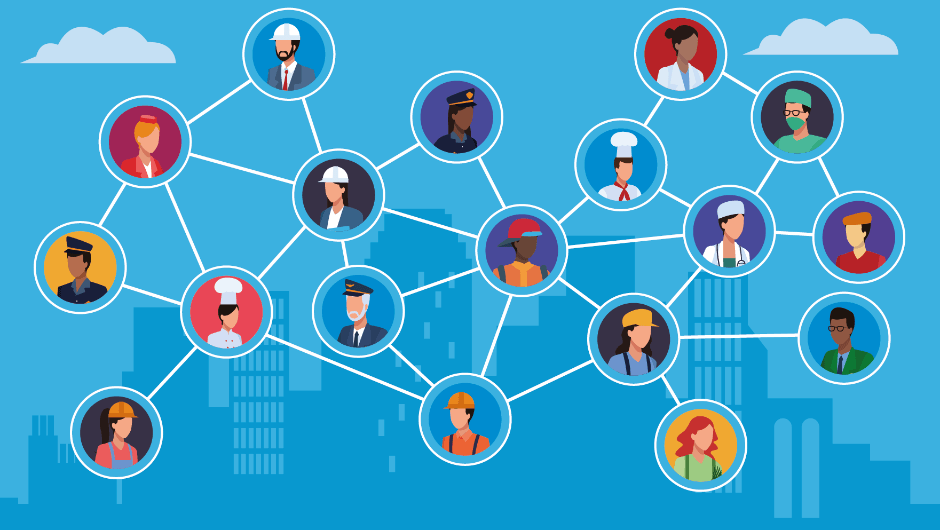 Let's be honest – looking for a job can be draining. But like most things, it's a lot easier when you've got a connection or two to lean on.

Networking your way to a new position can help set you up for serious success. But where do you start? Well, if your living situation is flexible, moving to one of the best US cities for networking certainly wouldn't hurt your chances.

If you're hoping to find a job purely on your own merits, the stats may not be on your side. A survey by LinkedIn and the Adler Group found that 85 percent of all vacant positions are filled through networking, suggesting it really is all about who you know. But where are you most likely to build the kind of networks that can help you in the next stage of your career?

Fortunately, we've done the research on which cities will give you the best chance of landing that new gig, simply by being your charming self.

By analyzing data from Meetup.com, Payscale.com, Indeed.com, Coworker.com, and the Bureau of Labor Statistics, we found out which cities had the most networking events per 10,000 people. The stats also revealed which cities had the best average salaries, the lowest unemployment rate, the strongest job vacancy numbers, and how many coworking spaces were within city limits.

These five data points were combined and calculated to reveal the best places to network your way to a new job. In top spot, San Francisco stands out as the place to go for networking opportunities, with big name cities like New York not even making our top ten.

Below, you'll find our comprehensive table of the top US cities for networking. The results could give you the best idea of where to move your job search, especially if you're seeking somewhere with a real networking atmosphere.

Scroll horizontally to view our full table on mobile devices

Made by the Bay: San Francisco Is Best

Considered to be the tech hub of the world, San Francisco topped our list of best US cities for networking with ease. Between the bevy of coworking spaces, the staggering number of networking events, the relatively low unemployment rate, and the hefty average salary of $79,000, heading west is clearly your best bet for networking your way to a new job.

Yes, the job market is admittedly competitive in the Golden Gate City. Some of the brightest minds in tech are working there, or being recruited for some of the top companies in the world.

However, with that much bustling business, it should be that little bit easier to rub shoulders with the right person and find yourself a new position. Now, all you have to do is be able to afford the rent.

While San Francisco, Boston, Washington DC, and a few other major cities made our top 10, there are some noticeable absentees. New York, for one, fell all the way to 19th in our full results, primarily due to a staggeringly low number of job vacancies.

What's more, the huge New York population makes it that much harder to stand out, even with its large number of coworking spaces and networking events.

Chicago and Phoenix also both struggled to even break the top 20. Chicago fell all the way to 25th, thanks to low job vacancy numbers and a high unemployment rate – a terrible combination for those looking for new jobs.

Phoenix came in at 24th, due to a lack of networking events, coworking spaces, and open jobs. It would seem these populous hubs are having trouble keeping up with the job market in more ways than one, which means your job search should lie in other, more up-and-coming areas of the country.

According to our data, southern hospitality is alive and well in the networking game, with four of the top 10 US cities residing in the South.

Granted, these cities have become impressive start-up hubs in their own right, giving each an injection of talent, capital, and general excitement about the job market. And there's nothing better for networking than a burgeoning start-up scene.

Austin currently has the lowest unemployment rate of any US city on our list, making it a prime spot to embark on a job search, while Dallas came in 4th for low levels of unemployment. We're not sure what's in the water in Texas, but it's creating jobs!

As for Atlanta, the Georgia city boasts the second-most networking events of any city on our list, with plenty of job vacancies (3rd) and coworking spaces (6th) to go around. Likewise, Miami has become a huge hub in a smaller population, with the most coworking spaces per 10,000 people in the country.

Simply put, if you're looking for a change of scenery and want to network your way to a new job, it might be time for your career to head south.