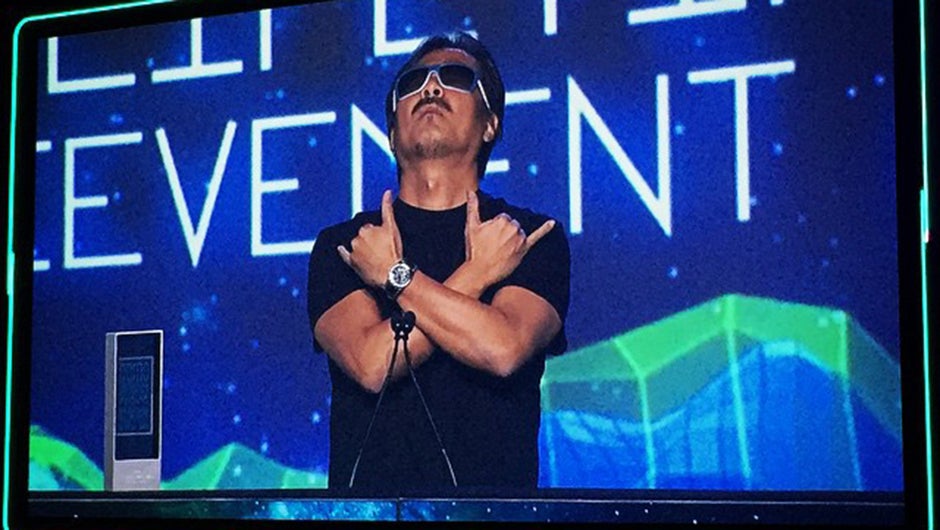 Just as quickly as it creeps up on us, it’s gone in an instant. It’s been a week since the 2015 Game Developers Conference (GDC) wrapped up, but the way people are talking about it makes it feel as if it were just yesterday. With good reason too; this was possibly one of the most eventful GDC’s in the gathering’s 29-year history.

Throughout the five-day conference, we saw many exciting announcements from some of the industry’s most famous and unknown names alike. This year was most certainly the year of virtual reality, serving as a main focal point of the show with several headsets competing for superiority. Be that as it may, there were still plenty of other jaw-dropping announcements for those who don’t care much for VR. From the powerful hardware reveals to the exhilarating new software and game demos, this year’s GDC was jam-packed with enough treats to leave gamers salivating for months. Here are some of the highlights.

Over the past few years, virtual reality has become an integral part of GDC, but this year elevated it to new heights. Last year, Oculus Rift and the announcement of Sony’s Project Morpheus dominated the VR conversation and basically stole the entire show. This year, however, the two headsets were joined by competitors developed by Samsung, Razer, and even software titan, Valve. Although each piece of hardware offered up a fully immersive gaming experience, the Vive, developed by Valve in partnership with HTC, was the talk of the Moscone Convention Center. Its two-paneled, 1,200 by 1,080 display for two eyes stunned many as they played through a library of impressive demos; one of which was Portal-themed.

Other than wowing the 26,000 attendees with its newly revealed VR headset, Valve also made a splash with several other large announcements. One of them being the announcement of 15 second generation Steam Machine models manufactured in partnership with Alienware, Falcon Northwest, Origin, Syber, Zotac, and several others. Gamers will have a lot of options to choose from, all ranging from different shapes, sizes, specs, and prices. Lower-end models will cost as little as $450, while higher-end versions will run you a whopping $5,000.

To support its initiative to bring PC gaming to living rooms, Valve also revealed an updated version of its Steam Controller; a device that looks like a blend of an Xbox One and Wii U Pro Controller. It now features the classic ABXY buttons that have become a normality in gaming controllers, as well as an analog stick. Originally, it only featured two touch pads and some triggers, but many were confused to how practical it would be, influencing the addition of some typical elements.

For those who already have a powerful gaming rig and don’t see the need to drop $450 or more on a living room device, don’t worry, Valve has thought about you too. The company announced it will be releasing a streaming-only Steam Machine called the Steam Link. Instead of running the games on its own, this $50 box simply streams games from your computer to your TV at a beautiful 1080p, 60Hz display. However, this device only works within a certain radius of your central computer, so you won’t be able to play your games outside of your house.

Seeing as this is the Game Developers Conference, it wouldn’t be fair for game devs to leave without having something to get excited over. Among the handful of bombs Valve dropped, none may have been quite as big as the announcement of the Source 2 engine. Seeing as the studio has been building its games using the same engine used to make Counter-Strike: Source for the past 10 years, this is quite a big deal. Better yet, it’s completely free to use; no royalties included. The only requirement is that the finished game must be sold on Steam. One can only hope that this is a sign that Half-Life 3 will emerge in the near future.

Source 2 isn’t the only engine that can be used for free, however. If you’re interested in building a great game, Unity and Epic had quite the surprise for you, announcing that their flagship engines are now free. However, each of these comes with a catch as well. With Unity, developers will be able to use the development kit for free until they’ve achieved $100,000 in revenue gained or through funding. Likewise, Epic’s Unreal 4 engine is entirely free until a game makes over $3,000. At that point, a five percent royalty fee will be charged to the game’s total revenue. If there was one thing to take away from this year’s GDC, it’s that there has never been a better time to get into game development.

No reasonable person ever said great graphics make remarkable games. If that were the case, Destiny, Far Cry 4, and Call of Duty Advanced Warfare would’ve topped my list of best games of 2014 instead of not appearing on it. Regardless, it’s always a pleasure to get the most out of you gaming experiences by maxing out all visual settings, and the new graphics cards revealed at this year’s GDC will easily help you do that. Claiming it to be “the most advanced GPU the world has ever seen” because of the 8 billion transistors within it, NVIDIA launched its 12GB GeForce Titan X at GDC 2015, and used it in a slew of VR demos.

For about 1,000 less, Intel will be bringing its Iris Pro graphics solution to desktop PCs. Although Intel’s graphics are overshadowed by those generated by NVIDIA or AMD cards, the Iris Pro 6100 is designed to help cheaper PCs run more games. By mid-2015, Intel plans to have this new graphics card included in desktops. The company also announced a new partnership with Raptr which will help games automatically optimize visual settings. This will lead to smoother framerates and less crashing without gamers having to meddle with settings.

With two large announcements such as these, it would be rather strange if AMD didn’t throw their hat into the ring. The company also took it upon itself to demo its unannounced, next generation Radeon R9 graphics card at GDC. Used in the demonstration of a VR title called Showdown on the Oculus Rift Crescent Bay headset, the card was able to run the game at a high visual quality and low latency. As of now, AMD has decided to postpone the launch of this new card until the Computex Taipei event. It’s been reported that it will come fully equipped with 4096 stream processors, 256 texture units, 640GB/s of bandwidth, and 4GB of high bandwidth memory.

It wouldn’t be much of a gaming conference without the games, and GDC 2015 was full of intriguing indie titles. Of course there are too many to discuss at one time, but there were a few that stood out over others. Namely, Earthlock: Festival of Magic, Cuphead, Grav, and Owl Boy seem to be the most promising of all.

Developed by Snow Castle Games, a team comprised of developers from several AAA studios, Earthlock: Festival of Magic is a turn-based RPG with an incredibly deep battle elements and a unique crafting system. Each of the eight characters is equipped with two different fighting stances, and serves a different purpose for the team.

Cuphead is a beautiful throwback to the vintage cartoon animation of the early and mid-1900s. This side-scrolling, action platformer is chocked full of well-designed and challenging boss fights that evoke an unrelenting feeling of accomplishment. With its aesthetically pleasing visuals, unique enemies, and wacky character abilities like shooting steaming hot coffee out of your head, this game is definitely one to keep an eye on.

Looking like a mash-up of No Man’s Sky and Destiny comes Grav, a survival-based sci-fi MMO featuring procedurally generated planets. In order to survive, players will be required to gather resources and craft new items. Players will also be able to construct jetpacks and use them to soar through the game’s various environments.

For fans of the 16-bit look, Owl Boy pulls them off well. The entire purpose of the game is to control a boy/owl hybrid as it tries to reach its destination. Along the way, Owl Boy is unable to fight back against enemy attacks on his own. Fortunately, he has the help of friends which he grabs with his talons and flies across the landscapes as they defend him from adversaries.

This year’s GDC surprised us with a ton of exciting announcements to keep us giddy for months. Although there is no official award for it, Valve was the clear-cut winner, generating the most excitement with its slew of impressive reveals. The company left the audience in awe with its multitude of new innovations that will surely provide us with countless hours of quality gaming entertainment. Best of all, most of these products have a release date of this November, so hopefully there will be no more delays; I don’t think my heart could take it.

Adam is a writer who primarily focuses on video games, start-ups, and emerging tech. When not writing about or closely following the tech industry, he spends his time exploring numerous record shops in the Chicagoland area, on the basketball court, and immersing himself in virtual worlds. Email: adawson@emerginginsider.com Twitter: @inspectah_daws