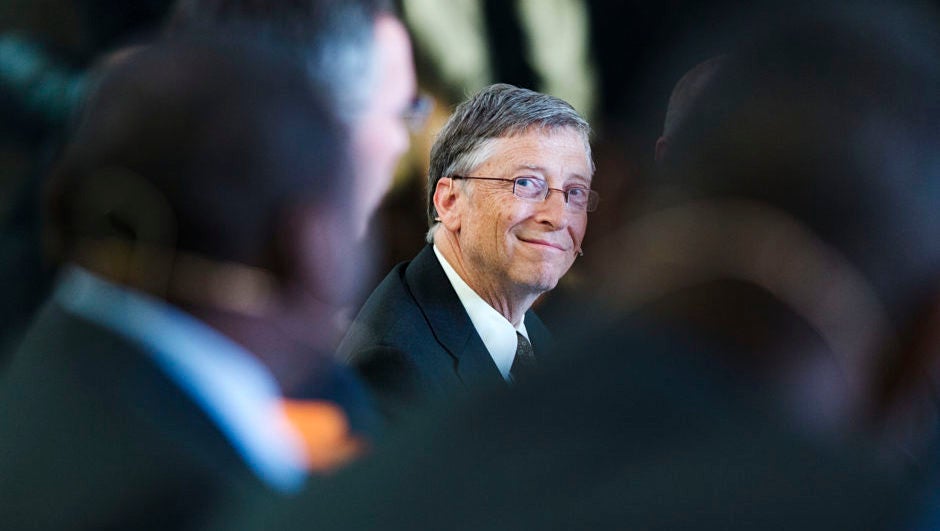 It was announced yesterday that Bill Gates is launching a $1 billion energy fund in hopes of investing in new tech to solve the climate change problem. The aptly named Breakthrough Energy Fund will seek to support startups and companies that are experimenting with new forms of clean, renewable energy. Notable venture capitalists join Gates in the fund, including John Doerr, Vinod Khosla and former hedge manager John Arnold.

While Gates has shown serious interest in the clean energy market, his many investments have not yielded viable technologies (or a meaningful return on investment) to date. But the importance of this endeavor goes far beyond making money for the world's richest man. Finding a clean energy source is of the utmost importance for the future of humanity. And, as Gates stated in a recent post, the way people have been investing in ideas has been all wrong.

“We need affordable and reliable energy that doesn’t emit greenhouse gas to power the future— and to get it, we need a different model for investing in good ideas and moving them from the lab to the market,” said Gates.

This energy fund will, hopefully, do just that. With more than enough capital to wait it out and an experienced team of investors that know a good idea when they see it, the Breakthrough Energy Fund will ideally be given the time it needs to let these energy startups actually flourish. It's not about money for these guys. It's about saving the world.

However, while these investors are drowning in capital and time, the climate change discussion becomes more and more pressing as time goes on. With the potential for a less than favorable shift of US policy in regards to climate change on the way in the new year, a capitalistic approach might be the only thing standing in the way of problematic future. And as Gates has proven, he has to be the world's best chance for a cleaner, more renewable system.

So for the sake of the planet, I hope this impressively resource-heavy energy fund does the trick. I hope Gates and his colleagues are able to find the newest source of clean, affordable energy and can put the world on the right track to eliminating green house gases and getting the global temperature a bit lower. I hope they can do it, because at this point, I'm worried that no one else can.