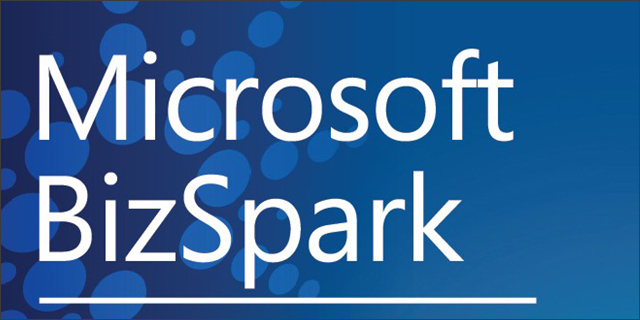 This post is sponsored by Microsoft BizSpark, the title sponsor of our Tech Cocktail New York City mixer. We thank them for their support!

You've got a lot going against you starting your own venture.  There's a dozen other companies trying to solve the same exact problem, you're working with little to no money, few people understand the concept of your product/service, the press won't return your emails, there's a lack of quality technical talent….and on, and on.  That's why it's important to capitalize on every advantage offered your way.

More than 50,000 startups have recognized this, as evidence by their taking part in Microsoft's BizSpark program.  Tech Cocktail asked  just a few of these companies to explain the value they've received from the free software, support, and exposure provided by BizSpark to help convince your startup get this same leg up.

What sets Microsoft Bizspark apart from other solutions is its uber responsive customer support. During our rush to prep for Dreamit demo day, we realized that we did not have a copy of Power Point. Within an hour of reaching out, Bizspark hooked us up with a copy and we were back on action.

We built and launched a Windows Phone 8 app in partnership with Microsoft.   In general Microsoft was great to work with from a marketing and distribution perspective.   One of the channels they leveraged to expose our app to users was BizSpark.   They featured Speek on the home page of BizSpark.  Gave us a ton of free resources (marketing, software, etc.).    Douglas Crets even interviewed me live at SXSW and streamed it on the BizSpark website.   It was great free exposure that is invaluable to an early stage startup where breaking through the white noise is so key.  We plan to build additional apps for the Surface Tablet and Windows 8 Desktop purely based on how positive our experience was in working with the team at Microsoft and BizSpark as a matter of fact.

Bizspark was again awesome when we first started using Azure. Unlike other hosted platforms, Microsoft assigned a dedicated point of contact, who listened to our needs, understood our architecture and stage as a company, and advised us on the services that were most suitable for us.

I rely on Office software to run the business of Ordr.in- excel, word, powerpoint.  Having access to Bizspark makes it super cost effective to use those tools. This is especially important when there are free alternatives. I get to save money and use the products I want.

BizSpark is also on its way to helping us with hardware and native apps, too – through BizSpark One, we’re expecting to receive development kits and support from Microsoft on building eventual Windows 8 and Windows Phone 8 apps, dramatically decreasing our development and testing time.

Ordr.in manages a staggering amount of data. Costs are escalating but we need an excellent database host that can support our stack. Recent advances in Azure are great; having low cost storage and lots of support with Bizspark mitigates our concerns about migrating and learning how to use a new host. We're excited to get started with Azure.

7) Accelerator Value Without Giving Up Equity

For Lalina Bizspark proved to be a light-weight equity-free accelerator for our business, greatly reducing our startup costs in the early days. I would encourage any startup to signup and give it a try.

Bizspark gave Lalina the support and technology we needed, but more than that, it made us part of a community surrounded by cool startups, with new possibilities of business interaction with each other.”

The access to free MS software is great, as we don't have a budget for that. They also throw great conferences where you can meet and learn from other founders. Their sponsorship of events in the startup ecosystem has been great as well and is a nice way for them to give back to the tech community.

Soluto has benefitted immensely from BizSpark since joining.  BizSpark gave us fast access to Microsoft’s R&D and Product groups whenever needed.  We were also able to save a lot of money in product licensing as we could use many tools and services that without BizSpark’s benefits, we wouldn’t have been able to afford.

BizSpark has helped Squareknot in some pretty tremendous ways. Perhaps the biggest way it’s helped us is by providing us with all the cloud hosting we could need to get our company off the ground. Since Squareknot is a stealth startup right now, we don’t have that much computing needs; however, when we launch, we’re expecting to drive quite a bit of traffic. When that time comes, BizSpark and Azure will really come in handy and help us scale the service.

The other critical piece BizSpark has covered for us is software – MSDN subscriptions aren’t cheap, especially when you’re a small startup trying to build something with a few people. But with BizSpark, we get Windows licenses for all of our devices, allowing us to thoroughly test our software across operating systems and build a quality app.

Convinced yet?  Get your BizSpark perks today.