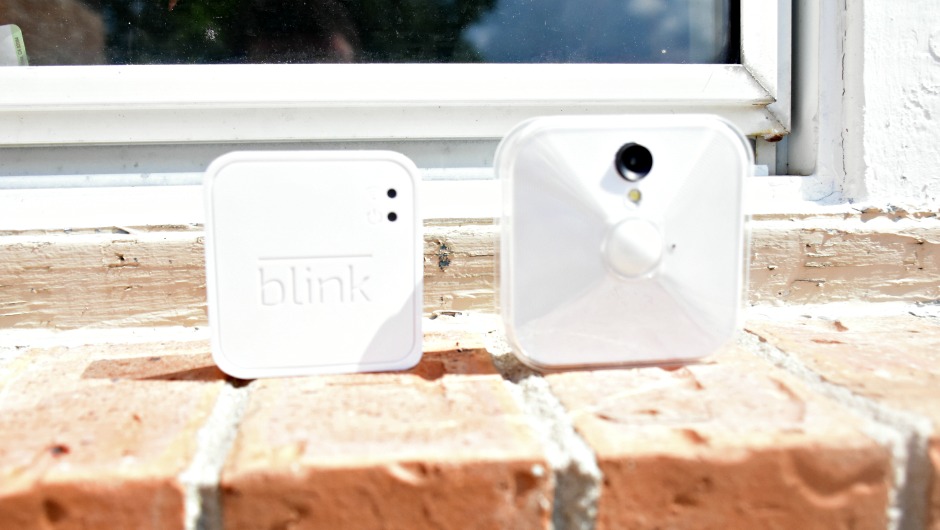 Keeping an eye on your home, your family, and your furry little critters are not just an add-on, but a necessity. Security systems of yesteryear were cumbersome – requiring a professional to install the system, and coming with costly hardware and monthly services. But, nowadays, more and more hardware manufactures are making home security more accessible.

Blink, a home security and video monitoring hardware manufacture has a solution – offering an affordable, easy-to-setup system that will give home owners (and renters) a peace of mind.

Over a month-and-a-half period, we used the Blink system indoors, outdoors (not rated as waterproof), in hot environments, and for – good measure – in a freezer. For this review, we took the three camera plus hub system for a spin. Blink stood up to our tests, captured some interesting moments, and continues to sit at full battery.

As far as DIY and home security systems go, Blink is certainly one of the easiest to setup. There are no screws, wires, or power cables (except for the hub), and connecting everything in the app only took minutes.

Simply plug in the hub, download the app, and it will walk you through connecting each camera step-by-step. To get it up and running, it’s simply easy as adding in the serial number on the back of each camera. For installation, it’s even easier.

Each camera must be within range of WiFi and the hub. Once you’ve identified where you want them, all you do is add the doubled-sided sticky material to the back and place them. The cameras can also be adjusted with the hinge arm and also tightened to get the perfect angle. 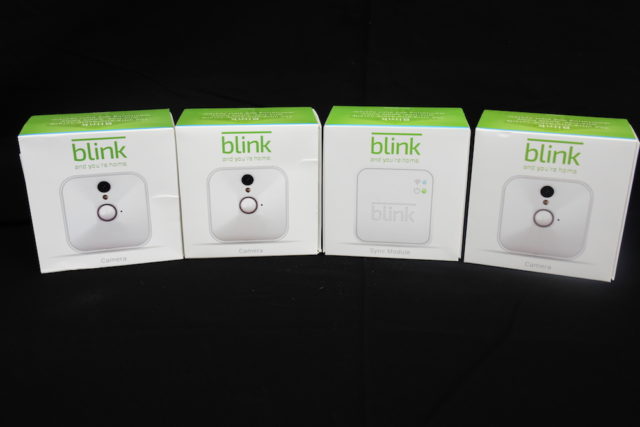 Besides the price point, the functionality just works- it’s as simple as that. The cameras record in 720p, motion detection works great, audio picks up well, the software/app is incredibly easy to work with, and the night flash works as intended.

At first, we had two hesitations: the battery life and its ability to capture things a night. Both of those were quickly knocked out of the park. According to Blink their batteries in each camera can last up to a year, and so far there has been zero indication on either camera that the battery is any lower. This is due in part because the camera only really triggers its action when the motion sensor kicks in or you manually go in to view what’s going on live through the app.

The night flash feature is bright, but it will work best within doorways and smaller spaces. Large rooms and outdoor environments may not trigger the motion sensor and in turn, the flash. However, regardless of this not being waterproof, the motion sensor always triggered in my backyard, even 10-14 feet away in the dark. You can see in the video where bugs occasionally like to attack the camera, which then sets off the flash, and then causes more bugs to swarm in.

As far as software goes, mid-review, Blink implemented a scheduled armed period. With this, you can set the periods you are typically away from home and the camera motion detection will kick in. When you’re around, it will be unarmed.

Although there are no motion capture zones, which are pretty typical for security cameras, Blink allows you to control the sensitivity and is really designed to be placed in motion hotspots. Combine this with the automation and you shouldn’t capture too much that you don’t want. Living in Charleston I’ve had more than my fair share of wild animals pop up, which is actually pretty cool to see, but occasionally my hanging strawberry plant will set off the motion sensor on a windy day. Tweaking the sensitivity does help a bit, but the same situation goes for a breeze running through a tree. The only downside of the automation is that it controls all or nothing, rather than setting schedules for individual cameras. I did not find this to be an issue though.

Video clips range from one to ten seconds, which does feel a bit short, and there is also a delay between capturing again (10-second minimum). In each camera’s settings it shows you battery life, signal to the hub, WiFi strength, temperature near the device, and the ability to adjust the sensitivity, illuminator, and clip delay/length.

Although the Blink system works incredibly well, the design is where there is a slight flaw. It’s not rated for outdoor use or in humid/rainy environments, and it did occasionally struggle here.

We’re not even sure if it really should be placed directly outdoors, but that’s where all three ended up. Two were placed under cover, the other wide open. The one exposed to all sorts of weather would occasionally have moisture buildup in the battery area and cause the unit to go down. After popping the batteries out and cleaning the unit it worked just fine again. If you’re going to go this route, be sure it’s under cover or build a waterproofing case for it.

Beyond that, each camera is incredibly light and relatively small. It’s not designed to be pretty, but more so just capture motion, record video and audio, and blast the illuminator at night. It’s incredibly easy to mount to things and also adjust where it captures video.

Should you buy the Blink Wireless Home Security & Video Monitoring System? Hell yes. As mentioned in the intro, I absolutely love the Blink system and think this company has a very bright future ahead of them. The battery life on these are insane, which was my biggest concern, and with this being the first iteration it’s like they will release waterproofed units, more sensors, night vision (instead of flash), alarms, and integrations with IoT and smarthubs. I can see this becoming a very modular system where devices are easily added in based on the need of your home or office.

If you are not looking for continuous monitoring, this is without a doubt the system to purchase. We give the Blink system a 4.5 out of 5 due to it not being quite waterproof, but for overall being a great motion detection security system.

Where to buy: Blink, Amazon