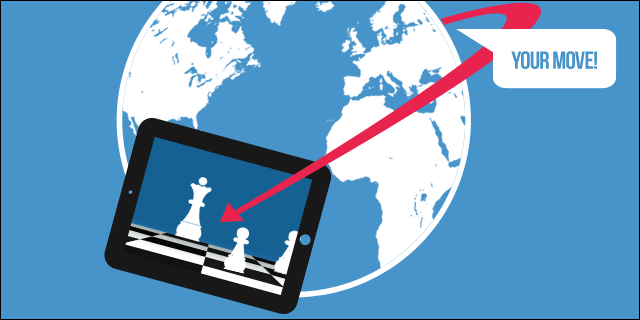 Board gaming as an industry has honed a unique style of gameplay, typically focusing on slower pacing, strategic planning, and the social aspects that naturally come with sitting around a table alongside your fellow players. This stands in stark contrast to the experience of most computer and mobile games, which tend to be more solitary experiences or much more fast paced in their action.

But the division between digital and physical has diminished in recent years. The advent of mobile technology, and specifically the development of modern mobile UX design paradigms, has created an exceptional platform for transitioning traditional tabletop gameplay to a new platform and new audiences.

The main limitation of digital games, as compared to tabletop games, is that players won’t be side by side with the other players sharing a physical space. For that reason, board games are not going to be replaced by digital games—however as the digital format and the physical are merged, there may be some interesting innovations on both sides (more on that as we get into some examples below).

In exchange for removing the physical elements, mobile apps gain a few advantages. The primary advantage is quickly summed up in the word “mobile.” The buzzword gets thrown around so much, it’s easy to forget what it actually means: mobile devices can be used anywhere, anytime. This allows the designer to expand the interactive fun of board games to an audience that can’t physically sit down together to play.

Here’s a few other mobile design elements and capabilities that particularly resonate with board games:

While Apple and Google and others have shifted their mobile design standards away from skeuomorphism in favor of more minimalist aesthetics, the whole mobile experience is still deeply rooted in emulating physical materials. We tap and slide our fingers on the screen, and objects react in an intuitive, familiar way. This makes the transition from physical board game into a digital format pretty straightforward. Consider that prior to the modern touchscreen interface, digital formats were hamstrung by stylus or a mouse & keyboard, which for the purposes of board games are just not very intuitive.

Skeuomorphism is integral to the design and success of board games on digital platforms. This doesn’t mean that all board game apps should use faux cardboard and plastic interfaces to recreate the board game experience 1:1; it just means that it is important to keep the physical elements in mind.

One barrier that makes board games less accessible to new players is the need to learn rules and reference rulebooks. with a digital format those early gameplay sessions where everybody is struggling to learn the rules can be totally eliminated and replaced with an interactive tutorial.

For example, Ascension: Chronicle of the Godslayer—a card game that was adapted to iOS, where it was a huge success on the iPad—uses an interactive tutorial, which proves to be a much stronger introduction to gameplay than a rulebook. It’s easy to start playing and learn in private before venturing into competitive matches.

This advantage also applies to experienced gamers, because it is simply more convenient to have computers handle all the math and rules—though it should be noted that board games shouldn’t be too complex in these areas, since it is important for players to be able to process everything mentally while planning their turns. Players still need to be able to use their brains to plan & execute strategy, but the computer makes sure everything proceeds by-the-book.

Board games are usually meant to bring people together, and a multiplayer game on mobile can do that over great distances thanks to the internet and mobile connectivity. There are a few ways to do multiplayer; the most obvious is for two (or more) players to match up over the internet, start a game, and play until the game is over. They play simultaneously in a single session on their separate devices. This is called synchronous multiplayer. Ascension utilizes synchronous multiplayer to give competitive matches more immediacy.

Another way to do it is to use “play-by-web” to execute turn-based gameplay without relying on real-time; this is sometimes called asynchronous multiplayer. Being asynchronous also means lighter network requirements, since fast connections, constant connectivity, and low latency become non-issues. Board games are uniquely suited to take advantage of asynchrony.

Two examples of asynchronous multiplayer are Words with Friends, the Scrabble-based word game, and Draw Something, a mobile game based loosely off Pictionary. Both games offer a “play when you want” style of multiplayer which doesn’t demand the player’s time. Instead the games simply wait in the background and players take their turns whenever it is convenient to do so. (As a side note, these long-running asynchronous games are great for encouraging long-term user engagement).

A third way to do multiplayer is to have every player share a single device, by passing it back and forth (good for games where players have secret information, like a hand of cards), or having it serve as a “digital board” which everyone views together. Both fall into the category of local multiplayer.

Digital games offer a second chance at gameplay balance. Designers can tweak rules and other elements by pushing an update after the game is live, as well as increasing flexibility in how new content is added to the game. Making changes to a physical board game means publishing new versions, or creating expansions, both of which add a lot of complexity to the product. Moving to mobile streamlines these processes significantly.

To illustrate that point, take a look at Hearthstone. Hearthstone is a competitive card game designed and built strictly for digital platforms. It doesn’t exist as a physical game, even though the mechanics directly simulate one. Why? Because the designers intentionally designed the game to leverage digital distribution. Hearthstone has gone through innumerable balance and content updates in the short time it has been out, and this has been an important tool for refreshing the experience and retaining the user-base. These updates have enabled the game to grow continually post-launch, with no sign of stopping.

The line between digital and physical is blurring. Board game adaptations have become a staple category of mobile apps,and there are original mobile games that simulate a board-game style. But both the board game industry and the mobile app industry will continue to evolve together.

In XCOM: The Board Game Fantasy Flight Games have created a traditional table-top experience, but enhanced it with a companion app that guides the flow of the game. The app takes a very important role in determining game activity and the pace of every turn. The game has gotten a lot of attention due to the innovative way it is merging mobile apps with physical board gaming. It will be exciting to see how future titles can take these concepts even further.

When it comes to expanding the gameplay and mechanics of a board game to a phone or tablet; sure it’s no replacement for sitting around a table and yelling at eachother, but mobile provides an enormous opportunity to expand the tabletop style of gaming. Apps open all kinds of doors, and it will be exciting to see how the board game industry continues to evolve through this powerful technology.

Sakshi Sharma works at the technologies development firm Software Developers India. SDI specializes in Mobile App Development, Web Design, and Software Development. If you would like to learn more about what SDI does, please call at 408.802.2885, or email them at team@sdi.la.