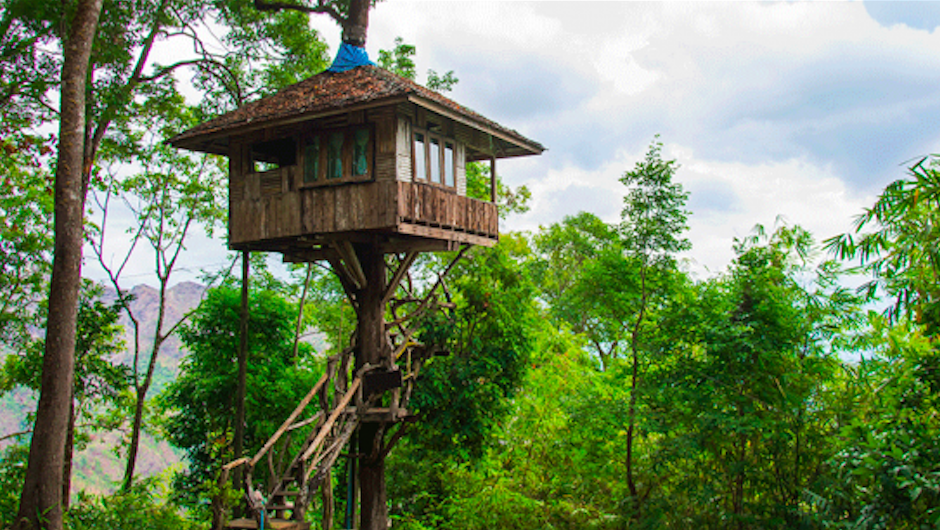 “Building treehouses has always been a lifestyle for me,” he said in an interview earlier this month. “Being a carpenter and designer, I thought, ‘How can I possibly be paid to do this?’ It’s almost like it’s too good to be true.”

However, Nelson is paid for it — and paid well. His custom treehouses fetch $275,000 each on average, with some climbing toward the million-dollar mark. Nelson has successfully turned his passion into a thriving business. He’s built a number of complementary sales and marketing channels that support his brand. Some are in established industries, like consulting, merchandising and hospitality, while others are completely unique.

Although not every entrepreneur will have the luxury of starring in his or her own reality show, every entrepreneur can copy five of Nelson’s smartest strategies. They are applicable in every industry and for entrepreneurs of any age or experience level. And better yet, they’re easy to implement once you make the commitment to doing so.

Anyone tuning into Treehouse Masters can see the passion Nelson brings to his work. Although it’s been almost five decades since he first fell in love with treehouses, he still brings the same childlike wonder he had as a kindergartner when his dad built him his first tree fort.

As Ralph Waldo Emerson famously said, “Nothing great was ever achieved without enthusiasm.” This truism should be the first rule of business every founder embraces.

Nelson’s company employs a total of 33 workers across its various divisions. Passion and know-how are two key ingredients in every employee. They’re especially important on small teams, where each hire plays a critical role.

“Technically I’m the leader of this merry band of treehouse builders and enthusiasts, but everyone is self-started, a motivator, who like me feels it’s a privilege to be doing what we do,” said Nelson.

He also acknowledges it’s important to find people who excel in the areas you prefer not to be as hands-on with. In Nelson’s case, those areas include accounting and regulations.

“I did the Ross Perot thing, where I get people who are smarter than me to surround myself with. There is a great number of them now,” he said.

Don’t Be Afraid to Charge What You’re Worth

In the four years that Treehouse Masters has been on the air, the cost of a typical treehouse has increased more than 200 percent.

“Asking somebody for that much money for something I create is hard for me,” Nelson admits. “So, by asking other people to help me [with accounting and budgets], it’s gotten to a point where this is working.”

Premium products — especially totally custom, one-of-a-kind products like those Nelson is offering — can command premium prices. Studies show that many entrepreneurs under-charge for their work. This helpful guide can keep CEOs from falling into that common trap. Never be afraid to ask for what you’re worth, even if it means increasing costs charged to existing customers. If you explain what’s driving the increase, and if you are providing value, your loyal customers will stay with you.

If You Build It, Success Will Come

Nelson didn’t say, “I’m going to get on a TV show to grow my business.” Instead, he spent 20 years building a reputation as the best treehouse builder in the country, publishing books, leading workshops, and gaining the respect of his peers. Entrepreneurs who focus more on publicity than on product aren’t building sustainable businesses, and eventually their bottom lines will suffer. The best formula for success is hard work and creativity, followed by more hard work.

Being achievement-focused (or publicity-focused, or recognition-focused) is a surefire formula for burnout and inferior products. Keep your head down, stay focused on being the best in your field, and recognition will follow in due time.

Look for Opportunities to Grow

Not everyone can afford a $275,000 custom treehouse. However, in true “Master” fashion, Nelson found creative ways to serve the treehouse-loving market at all price points. Fans can buy DIY plans on his website for $125. Sure, it requires a little elbow grease and lumber to turn those plans into a treehouse, but at a savings of more than 99.9 percent, it makes an otherwise completely aspirational purchase attainable. Because Nelson is serving two totally separate markets, each can thrive without cannibalizing the other — and more importantly, Nelson’s brand — at all.

Nelson has plenty of offerings for non-builders, too. Fans can pick up everything from posters and books to apparel and patches in his store, with price points starting below $10. His family owns and operates TreeHouse Point, a kind of bed-and-breakfast-in-the-sky, and is opening another vacation destination soon. These natural extensions help create a “lifestyle brand,” of sorts, diversifying Nelson beyond his primary occupation without stretching so far that it doesn’t make sense.

A version of this post originally appeared on Forbes, here.