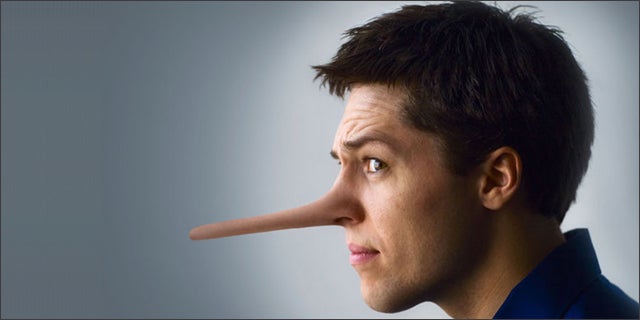 To catch a thief, count your limes.

At least that’s what SumAll CEO and bar owner Dane Atkinson learned when he realized a bartender was stealing from him. Running some numbers, he saw a correlation between sales and number of limes used – so much so that he could count the limes and guess the sales within 5 percent.

So when money started to go missing, Atkinson rotated the staff in and out to see who was working when the sales-to-lime ratio was off.

“I would then swoop in and publicly catch the thief, confounding the rest of the staff to the method,” he recalls.

Thieving bartenders illustrate a finding that Dan Ariely talks about in his book The (Honest) Truth about Dishonesty: few of us lie a lot, but most of us lie a little. We take advantage of the “fudge factor” to make a profit without compromising our self-image as good, honest people. Chronic liars are rare: according to Graphology Consulting Group, they make up less than 5 percent of the population.

But for a business owner, lots of little lies can add up into less competent employees, less productivity, and less profits. And little lies can be hard to detect. Giving up your naivete and realizing how rampant they are will help protect your business from the slow, quiet erosion of dishonesty.

Little lies take many forms: for example, employees might call in sick when they just don’t feel like working. Founder and CEO Alicia Vanderschuere of rosieMADE has seen trade shows exaggerate their attendance, publications overstate their readership or engagement, and service providers oversell their services. Back 9 Dips regularly gets lied to by trucking companies who pick up and deliver products late.

We obviously lie to gain something, like more money or less work. But according to Ariely, the size of the reward doesn’t have a big effect on how much we lie. Rather, the more we’re able to rationalize, the more we lie. Publications might tell themselves that traffic numbers aren’t really what matters, and truck companies can pretend they didn’t know the weather would cause delays.

While it’s natural to have a healthy skepticism about vendors and partners, startups should also look out for lies from an unlikely place: customers (who, as it turns out, aren’t always right). President Tammy Ash Perkins of First Class Weddings has dealt with brides who lie about other vendors they’ve talked to; COO Miki Segal of JMAC Supply had a customer buy a $5,000 projector and then call a month later asking for a refund, claiming it had arrived used.

As for those chronic liars, you may come across them now and then. Just recently, lots of actors were offered casting workshops and roles on Breaking Bad by casting director Russell Scott – or so they thought. Turns out it was an impersonator. If it sounds too good to be true, it just might be.

What to do about it

Like attracts like. If you want honesty from your customers, employees, and partners, try being more honest and transparent yourself. “We deal with the problem by being honest, upfront with our costs, and provide proof of our word,” Perkins says. “It's the only way!”

If you’ve been duped, pick your battles. Sometimes, lying is just something that you have to deal with, like lost letters or failed marketing campaigns. But other times, it’s worthwhile to take a stand. When Vanderschuere realizes she's been lied to about event attendance or publication readership, she sometimes tries to negotiate extra benefits. When Segal’s customer wanted a $5,000 refund, he just said no.

Finally, remember to proceed with caution. People often lie because they’re deceiving themselves and too afraid to confront the truth. It might be too big a blow to their self-esteem to admit how little traction their company has gotten, or how few visitors their website has. Trapped in a corner, these people are likely to get defensive or try to rationalize their actions. “We deal with such people like one does with a porcupine: very, very carefully,” says Graphology Consulting Group.