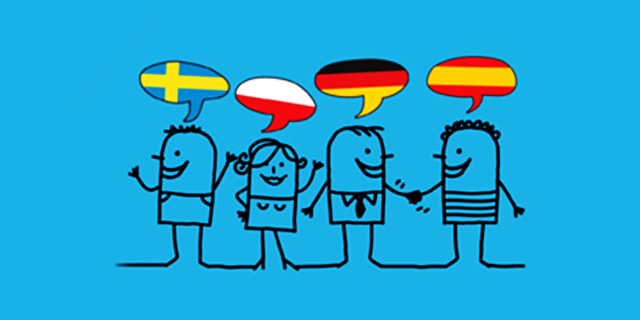 In our globalized world, the Internet has became a very important tool – we get information from it, we shop using it, and we utilize the World Wide Web to learn. And our e-learning has been growing in recent years, with multiple sources now available enabling us to learn online for free.

Bernhard Niesner, from Austria, and Adrian Hilti, from Switzerland, met back in 2007 when both were pursuing their MBA in Madrid. Together, they wrote the final project for their Master's – a project that would become the biggest social network in the world to learn languages, with over 50 million registered users coming from over 200 countries.

Niesner's obsession was to simplify the way people learn a new language, and Busuu came as a result of that. The reasons behind the name probably derive from his knowledge of marketing techniques and the basic principle of setting differences aside from your closest competitors. The name derives from an African language originating from Cameroon. It is reportedly spoken by only eight people, so it is obviously very close to becoming extinct.

Busuu is actually very similar to Facebook, in terms of the way it works. Users sign up, send friendship invitations, and create groups to exchange text corrections, translations or simply to exchange some thoughts, as well practice with native speakers of a specific language. It should come as no surprise, of course, that Busuu is one of the languages users can learn for free on the social network, along with 12 others: English, German, Spanish, French, Italian, Portuguese, Russian, Mandarin, Japanese, Arabic, Polish,and Turkish. The social network has over 40,000 unique users every single day, which is somewhat a guarantee of activity and feedback for content submitted by the users. According to Niesner, learning online “has many advantages, like being available 24/7 and being accessible regardless of the user's location, whether they are at home or commuting in a bus or a train.”

Niesner adds that there is another benefit of using Busuu – and probably one of its most important features: collaborative learning. This way everyone is, at the same time, both a teacher and a student; the social network allows people to correct texts from other users, which makes them tutors in their own language. Conversations can happen via chat, webcam, or audio.The downside of Busuu is that not every user is as committed to helping others as one would desire, but it all comes to knowing to choose the best people for help.

On Busuu, nearly 30,000 texts are corrected on a daily basis; much like what happens on Wikipedia, users do this for the passion of getting and sharing knowledge. Busuu is mainly free to use, but the premium features bring interesting things to the table, like specific contents for grammar and vocabulary, videos, and access to an AI software that detects mistakes and the user's weak points, as well as  proposing personalized and specific exercises.