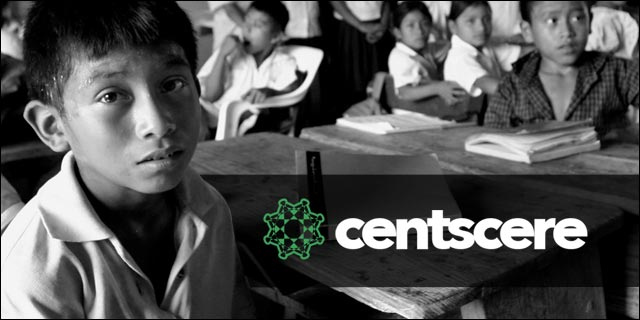 Ian Dickerson's idea started with a jar of change.

The 23-year-old California native was sitting in his room during his junior year when he noticed a jar of coins and realized the money could be put to better use. At the time, Dickerson was also taking a class at Syracuse University‘s iSchool called “What's the Big Idea?” a course that teaches students how to grow ideas and later turn them into businesses.

Both the class and jar of change  spurred Dicekrson to think about charity and various ways he could give back. However, Dickerson wanted to transform the traditional model of giving into something people could use on a daily basis. He created Centscere, which makes “charitable giving simple, affordable and routine,” according to their website.

“It started with physical change, but it kind of came down to social media and integrating it into everyday behavior,” said Dickerson who studied Communication and Rhetorical Studies at SU and was also a Kauffman Fellow.

Centscere's homepage says, “Innovative Fundraising for the Digital Era,” and one of Dickerson's goals was to get young people more involved and excited about giving back to their community or a cause.

“A problem that we have seen is that a lot charities don’t even deal with millenials or even know how to attract them,” said Dickerson. “They think anyone under 40 doesn’t even have enough money to give so they focus all of their energy on these older generations.”

Centscere now works with 43 charities, a list which includes the Susan G. Komen Foundation and the New York Community Foundation. Here's what first-time users should know:

Some young entrepreneurs focus on products and services, wearables and high-tech gadgets, but I've also seen a number of startup founders find their passion in the social entrepreneurship sphere.

“I thought why not create a job for myself that is fulfilling in the sense that it’s helping other people … it’s nice knowing that we are creating something with real value that can have a large social impact. It was never on my radar, but as I’ve gotten more into it, that is kind of how I would like my life and business career to go,” said Dickerson, whose father is also an entrepreneur.

Dickerson said the success of Centscere should be attributed to the entire team, which includes Frank Taylor, Dickerson's roommate since freshman year, and Mike Smith.

“You find passionate people who realize they aren’t really in it for the money, but that they are part of something new and that can have a huge impact,” said Dickerson. “A really big part of the culture we are trying to create is hiring people that believe in what we are doing.”

These days the Centscere team has office space set up in New York City. In the past year, they also won Startup Labs and received $150,000 in funding and $50,000 worth of marketing services from Eric Mower and Associates. Dickerson said he believes they have a very unique value proposition and hopes to make their mark in the emerging online fundraising market.

“Even if we just get a small slice of it, we can really do some amazing things,” said Dickerson. “The year is going to be big, and we are looking to have close to around 50,000 users — and then look for more funding and just expand nationwide.”