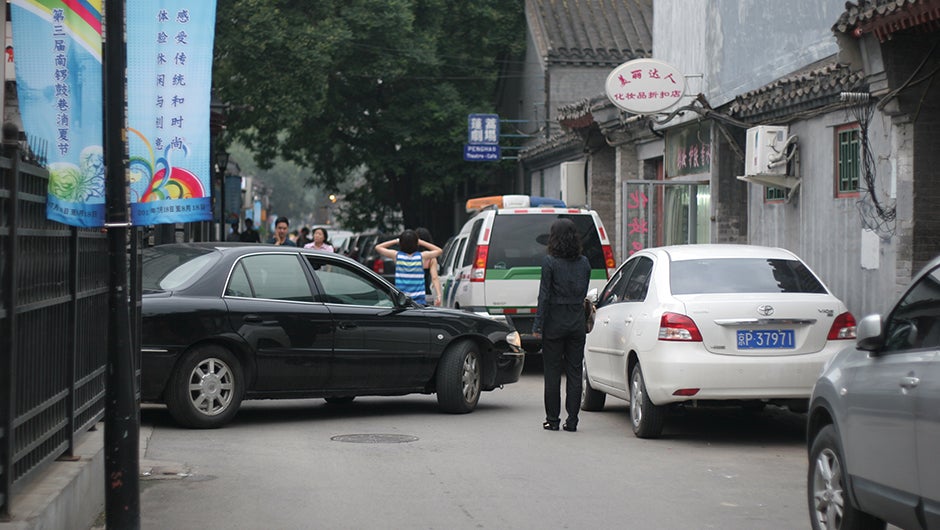 Beijing has a huge parking problem. The problem is so prevalent that the Beijing government requires residents to own a parking spot in order to own a car. Growing car ownership has led to approximately 5.48 million active vehicles in a city with only 2.76 million registered parking spaces.

Ubo is a Beijing based valet parking app that is trying to help drivers who need to park in the city. They recently raised $900K to put towards their efforts. This funding round was led by HGDS Capital and will be used to expand Ubo's operations to include all of downtown Beijing, as well as all hospitals and airports that service the city.

The Ubo app, which is available for both iOS and Android, will first direct you to an Ubo service station. From there, a valet will drive you to your destination, then safely park your car in one of their 500 designated spaces, until you need to be picked up.

Upon parking the car, the app will notify the owner, send a picture of the parked car, and record the mileage (just in case you're worried the valet is taking your car out for a joy ride). The valets are also equipped with GoPro-like cameras so that the entire process, from the moment they enter the car, to when they park it, is recorded. The service costs $3 per valet service plus $1-2 per hour for the parking space. There's also a monthly membership option for $150 per month.

“The amount of time trying to find car parking in a city like Beijing can drain away precious hours during the day, whether you are going to work, a dinner appointment, or even worse, hospitals. Ubo’s personalized service completely removes this factor from the user’s day,” says Ubo’s Chief Experience Officer, Corrine ZHAO. “With all our valets professionally trained and fully insured, Ubo’s app instantly connects users with a trusted, real-time parking solution, saving them both time and stress.”

Ubo launched in 2014 and the app was developed by graduates of Tsinghua University. This second round of funding brings their total funding to $1.42 million.