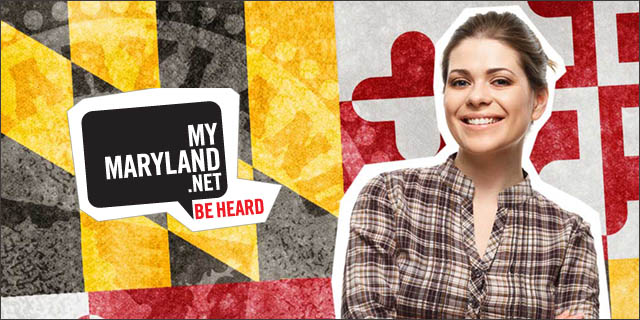 Twenty-two-year-old Ben Simon spent his spring talking with representatives in the Maryland General Assembly. He was pitching them an idea for a virtual town hall, a place where politicians and citizens would exchange ideas freely. Fifty-four out of 55 officials he met were interested – and the fifty-fifth was over 65 and “barely used email.”

Encouraged by the feedback, Simon and cofounder Rahul Singh built out MyMaryland, a website where citizens can discuss political issues, create petitions, and connect directly with their representatives. The site launched quietly on December 1.

But MyMaryland, part of 501(c)3 nonprofit MyAmerica, has national ambitions. As Simon explains, the political science community agrees that disconnection from politics is one of the main causes of dissatisfaction among citizens: “It feels like politics takes place very far away from us as voters.” By starting in Maryland, he hopes, they can figure out the best way to get people excited about participating and give them the features they want.

It won’t be easy. No officials are on MyMaryland yet; Simon plans to approach them in January when the General Assembly starts up again. That means they have to begin attracting citizens without the allure of talking to their representatives. In the meantime, Marylanders can participate in forums and discussions, and see information on their officials (such as recent votes).

And for political startups, apathy is always a concern. “There’s definitely a large portion of the public who will never care about anything beyond their immediate daily lives,” acknowledges Simon. But he hopes to make it so easy to participate on MyMaryland that people won’t think twice. That’s in comparison to the current method, which requires them to do a Google search, find their representative’s contact information on the (outdated) General Assembly website, and maybe get a response a month later.

It will be a test to see if Marylanders care enough about local politics. Because if they do, the politicians will probably feel pressured to follow.