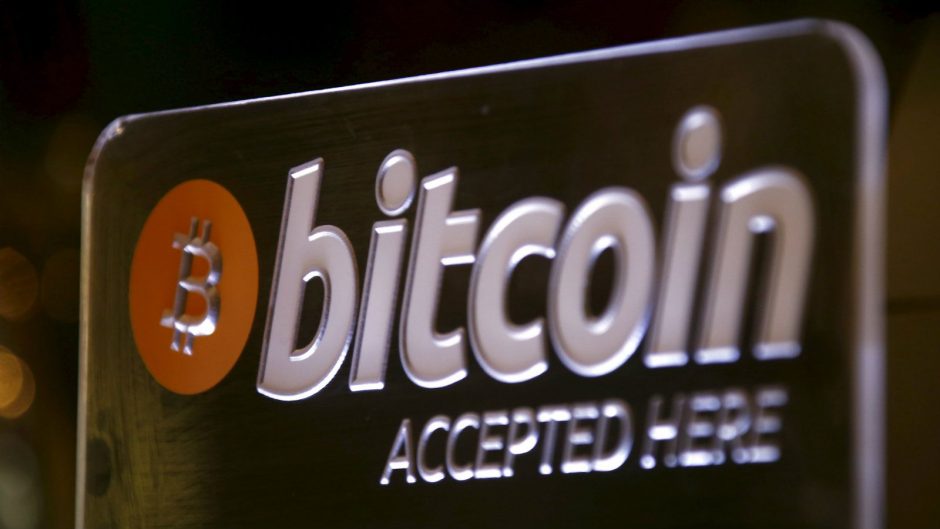 In the last year, cryptocurrencies like Bitcoin have gone from laughable pipe dream to the future of economics. While the innovative digital currency started off as niche project, it has since exploded into a global investment opportunity that has spiked in price more than a few times over the course of its existence. Tech experts have speculated wildly about which industries could be disrupted by cryptocurrency in the future, and investors big and small are waiting for the day they can use their bitcoin fortunes on something a little more tangible. But what about the present?

If you didn't know, there's a bevy of companies and organizations accepting cryptocurrencies as we speak. From software companies to sports teams, these innovative companies are way ahead of the curve, paving the way for a digital future like no one else could have imagined. Take a look at the companies below and get our your cryptocurrency wallets now.

As one of the leading tech companies in the world, this should be far from surprising. In 2014, the tech giant decided to allow customers to use bitcoin to purchase a wide range of items throughout their Windows and Xbox platforms, including games and online apps. However, Microsoft decided in January 2018 that they would stop accepting the cryptocurrency, due to the decided volatility of Bitcoin. Fortunately, that didn't last long.

Despite accepting bitcoin on their platforms, Microsoft clearly has mixed feelings about the innovative movement. Even Bill Gates has spoken out against it, referring to cryptocurrency as “super risky” in a Reddit AMA earlier last week. For now though, Microsoft remains one of the few companies accepting this new form of currency.

When you've got someone as innovative as Richard Branson at the helm, you know your company is going to give cryptocurrency its fair shake. In 2013, his company, Virgin Galactic, announced that they would allow their “future astronauts” to pay for their journey with bitcoin.

“All of our future astronauts are pioneers in their own right, and this is one more way to be forward-thinking,” said Branson in a post announcing the decision.

Since then, not a lot of noise has been made about the move. Virgin Galactic, despite having a great deal of momentum, still hasn't sent anyone into space, which means those bitcoins are still lying in wait for their day in the sun.

Being the star of ABC's Shark Tank comes with a certain expectation of being innovative. Fortunately, Mark Cuban is up to the task, as he's just announced that the Dallas Mavericks will begin accepting cryptocurrencies, including CyberMiles Tokens, Bitcoin and Ethereum, as a form of payment for game tickets and team merchandise. Additionally, the Mavericks will wear a 5miles-sponsored patch on their jerseys, further cementing their acceptance of cryptocurrency in the Texas city.

“I’ve always tried to be two steps ahead, and that’s where we really got the greatest match,” said Cuban in a press conference.

While decidedly innovative, the move is not the first in the NBA. The Sacramento Kings began accepting bitcoin in 2014, making them the first sports franchise in the world to take the leap. Cuban said that the Mavericks would begin accepting the new currency during the 2018-2019 season.

Thought the list was going to be filled with tech companies and sports teams owned by famous entrepreneurs? Well, think again! This sandwich shop famous for its $5 footlong is on the cutting edge of technology as one of the only fast food restaurants accepting cryptocurrency in exchange for meal items. Well, at least at one location.

In 2013, Subway franchise-owner Sapan Shah installed a tablet at his cashier to accept bitcoin. With the speed of a typical card transaction, he was able to accept the cryptocurrency at this shop in exchange for meal items. Since then, the movement hasn't taken off for sandwich-bitcoin exchanges, although two franchises in Argentina are giving it a whirl in Buenos Aires.

When you're looking for donations to run the world's favorite source of information, you'll take what you can get and that includes cryptocurrencies. After months of grassroots support for the move, Wikipedia began accepting donations of bitcoin to their site in 2014.

You wouldn't expect a company as reliant on donations to take a risk like Bitcoin, and you're right. The company only accepts the cryptocurrency through Coinbase, in which case the donations will immediately go through the platform and come out on the other side as dollars. And, because of their not-for-profit status, they don't have to pay any exorbitant fees to make the change.

Read more about cryptocurrency on TechCo