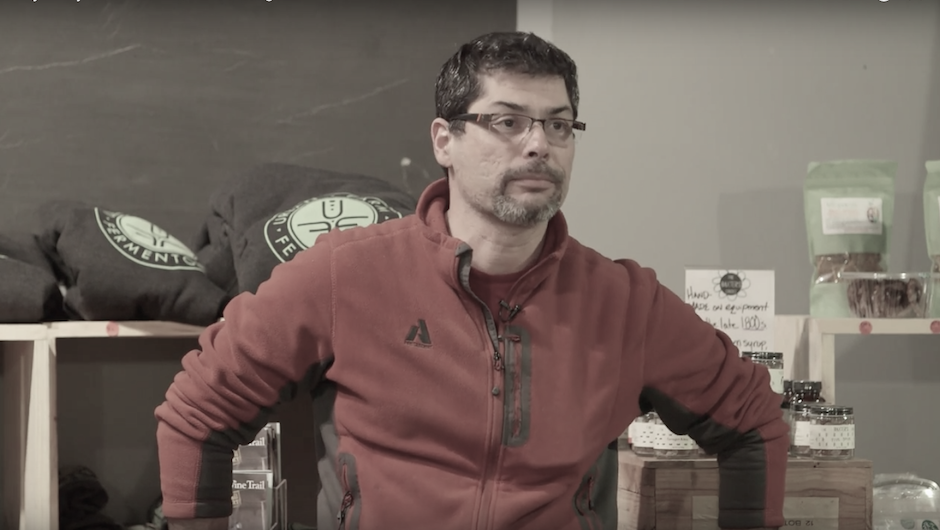 Companies fail. It happens, a lot. But entrepreneurs, founders, CEOs — they don’t often like to talk about it. While the big-company failures that leave hundreds of people jobless make headlines, startups and smaller companies that fail more often than not quietly disappear without a trace. Too bad, though, because each failed venture is a potential learning opportunity, according to Kerem Durdag, CEO of Biovation, a high-tech manufacturer in Boothbay.

Biovation, despite promise, is one such failed venture, Durdag admits. In an interview with Maine Startups Insider, he shares his lessons from the company’s failure.

Biovation was founded in 2009 with plans to develop anti-microbial, non-woven fiber products for medical, food packaging and other applications. It was actually a spinoff from Rynel Inc., a Wiscasset medical-products manufacturer that has since been acquired by Molnlycke.

Up until last year, the news about Biovation was promising. It had secured nearly $1 million to develop a boot-drying product for the U.S. Marines. Just last year it had hired a new COO and a new VP of sales. It had a number of other products in the pipeline. The company was getting ready to ramp up production…

But then it didn’t. Instead, the company has since laid off the majority of its dozen or so employees and its assets are currently for sale, according to Durdag.

Where Everything Fell Apart

I asked Kerem if he was willing to speak openly about Biovation’s situation, about how a company with such promise could stumble and fall, and why entrepreneurs should be willing to talk openly about failure. He kindly agreed.

We conducted this interview via email. It’s long, but informative. I chose not to cut Kerem’s words because I think my target audience will benefit from reading what he has to say. I’ve also allowed Kerem to intersperse his answers with links to everything from his favorite poets to music videos on YouTube. Enjoy.

Maine Startups Insider: Tell me what the last year has been like at Biovation. I know there have been some ups and downs, and some promising opportunities that didn’t pan out. Have you analyzed everything that happened enough to know what went wrong and how you ended up in the position you’re currently in?

Kerem Durdag: It is fair to say that the last year was really tough; really tough. To have something you have devoted 16-18 hours a day for six years not result in a successful execution point creates its own dynamic of disappointment. It affects you psychically, it guts you open. You feel you have let down the investors who believed in you, the team that gave it everything it had, the early-adopter customers that spent time and energy testing and validating the product, the thought-leaders and partners that teamed up with you to make sure we were doing things that had value and market need… I let them down. It was/is my responsibility.

To some large measure, when it comes to start-ups and et. al, I have my built-in credo of STUPPID (Scalability, Timeline, Urgency, Price, Performance, Interface, Decision Drivers… I know… we are all acronym beings…) and in the case of Biovation even though we engaged in all the right ways, I couldn’t hit the ball out of the park (or an in-field triple or even a double…everyone has their own definition). We had the early-adopter customers, had several products where we were torquing into the market, had a bunch in the pipeline that was validated by the market but needed to get through regulatory approvals, were pulling in revenue … hell… we were getting calls from customer who had now acknowledged us as one of the key providers of solutions to the marketplace and had orders in the future timeframe that would have buried us with capacity and yet, I couldn’t get out of the chasm where we were self-sustainable and growth was continuous.

What were the specific influences that determined Biovation’s direction and ultimate failure?

Several things contributed to our situation:

What would you have done differently if you knew everything that you know now?

I certainly would have (and will in the next adventure I undertake) paid more attention to the factors I outlined that contributed to Biovation’s current situation. So, if I had a lens to look backwards, I would do couple of things differently in addition to implementing the learning from the above:

In an earlier email you mentioned that Maine’s ecosystem needs to know that sometimes business endeavors end in failure, and that’s okay. Do you think there’s a stigma about failure in Maine’s business community? If so, why do you think that’s counterproductive?

I am not sure if there is an explicit stigma, but there is an implicit one that takes place in conversations in our ecosystem. Not by fellow entrepreneurs or even the investors, but by the community at large. Perhaps the idea of risk taking is still culturally alien to us, the idea of not having a job for 25 years in one place is massively uncomfortable for a large demographic subset of our population. No matter how you parse it, the velocity of business today necessitates the need of failure… Maine to some large extent is only recently facing this velocity. For a very long time, things in Maine have been stable and now the old world order is crashing around our ears as a new one is being built, so there is a cultural identity crises… which results in looking at failure differently. So the change will happen. At least by the time the next generation comes along. If it does not, we are somewhat screwed.

We are going to be screwed if we don’t see failure in a positive light because failure is not an abyss, not a stain, not an embarrassment. The mechanics of the 21st century is to be biased towards action based on the torrent of data at hand as best as possible; with all the right things in place there is always a risk of failure. The key is to extract the learning from such event. To allow ourselves the opportunity of realizing our limits and seeking information. And to take risks on whatever spectrum that we feel comfortable with… and with any risk, comes the possibility of failure. It is my strongest belief that as a state we have to culturally get comfortable with the idea of risk, if we are to be economically viable and have multiplier points for our kids. And hence we have to see the value of failure. We just have to.

You’re a new Entrepreneur in Residence at the Maine Technology Institute. Why is being a mentor to other entrepreneurs important to you?

For me there are professional and moral imperatives. Professionally, it is absolutely essential for me to engage with my peers and colleagues and the eco-system at large to share perspectives, lend expertise, learn, connect the dots for stakeholders and have the requisite availability to commiserate and understand. On the moral front, it is a human responsibility to assist, to provide a shoulder to lean on and to be present for the other. Blame it on the Benedictine DNA that is embedded into my helix, or the fact that I was born and raised on the poems of Nazim Hikmet, Faiz Ahmed Faiz and have a tattoo of carpe diem on me.

For me mentorship is a privilege.

The essential truth is that there is a need out there, and I have to be part of the solution.

If you’re able to impart one universal piece of advice to the entrepreneurs you work with, what would it be?

One… one… I am a Turkish-Pakistani-American hybrid mutt raised on verbosity, song and dance… so one is tough. Tough! But here goes… find out the “why” in what you are doing. Why. Why do you want to devote every ounce of your being to this glorious quest? Find the answer to the why. The “how”, the “what” and all the rest will follow in some unfathomable and in some predictable fashion.

What’s next for your own entrepreneurial adventure?

I am in the seeking mode currently; quietly, carefully, deliberately. Seeking for the orbit around the sun; the cause to devote a professional life to. Talking with close friends and colleagues. Having meetings. Searching. The elemental criteria for me is to be part of a world class team, one that is a group of really decent human beings, experts at what they do and how they strategically think about executing that expertise. The second part is to bring to bear (however defined; start-up, mid-cap, turnaround, etc.) a product that has to have human impact (in whatever market), however defined. It has to passionately matter to me. It has to get me out of bed before dawn. It has to be something that has value and can scale. It has be something that I enjoy the people I work with, can be proud of our community, our world and the next generation. That is the only way I can justify the trust placed in me by partners, investors, customers. I know what I am really good at and I also know where I can/need to be better. Efforts and search like this take time. I have been blessed to have succeeded with exits (and failed), fortunate enough to be an investorand have folks who trust me with the investment they make in me. The Maine opportunity basin trough is not necessarily very deep (I do contend there is a sub-strata that is humbly hidden and needs to rise to the surface… sort of an enormously sequestered opportunity) but there are rich veins. So hopefully there will be an intersection.