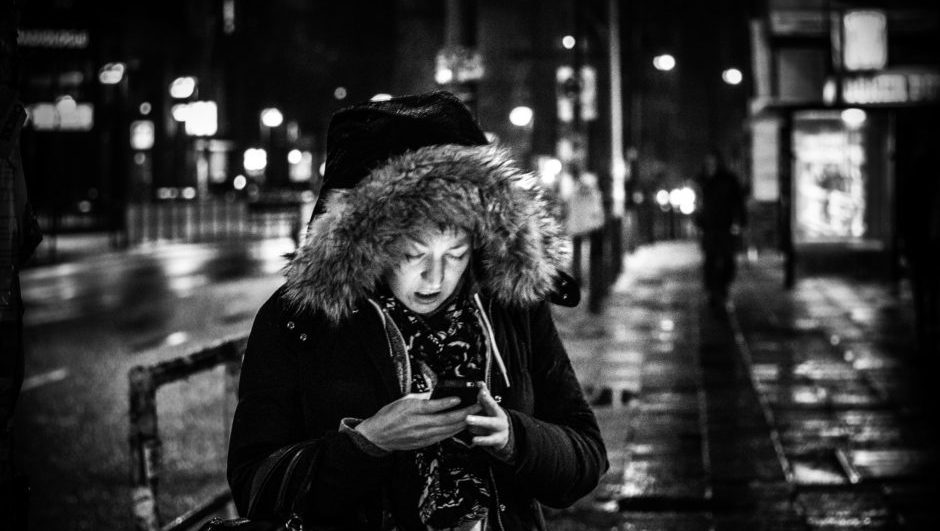 Your phone is your life. You eat with it, you exercise with it, you travel with it and you even go to the bathroom with it. Smartphones have become so popular that the number of mobile subscriptions has surpassed the population of the world. Yes, there are more than 7 billion mobile subscriptions currently on file. And while that number is probably one of the most outrageous things you will learn today, the cost of operation for a mobile phone in different parts of the world might surprise you even more. 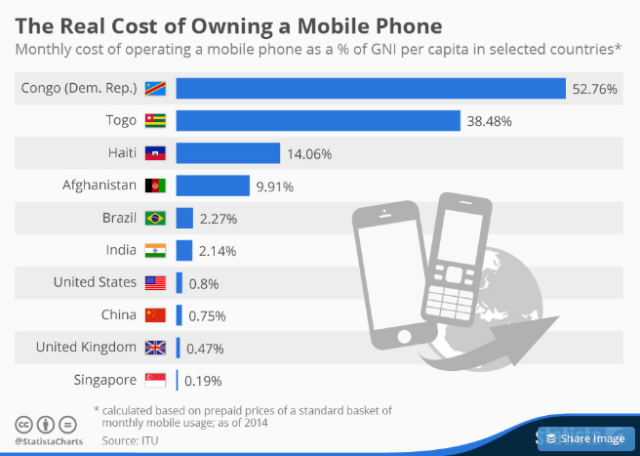 While the Congo's numbers are arguably an outlier, the proof is in the pudding: developed countries are reaping the benefits of mobile phone usage while developing countries are getting a bit of a raw deal. The study showed that in more than 50 developed countries, including the US, the UK, Russia and China, citizens enjoy costs lower than 1 percent of the gross national income.

The explosion of mobile phone usage is undeniable. Not only are there more subscriptions than people on the planet, but 8 out of 10 people in developing countries own cell phones. And while you might be tempted to condemn the use of technology in countries where drinkable water isn't even accessible, consider that mobile phones are used for more than just Facebook and Instagram.

In many developing countries across the world, mobile phones are a primary form of financial stability and growth. Kenya, for example, has established the largest mobile-money system in the world thanks to M-PESA, a large mobile network for lending and receiving finances in a moment's notice. And while the impressive innovation of developing countries has thrust the mobile revolution into a whole new echelon, the disparity in cost is alarming. To promote the self-sustaining and developed culture desired in these areas, the cost of a mobile phone needs to drop, for their sake and for the sake of an inclusive tech culture.