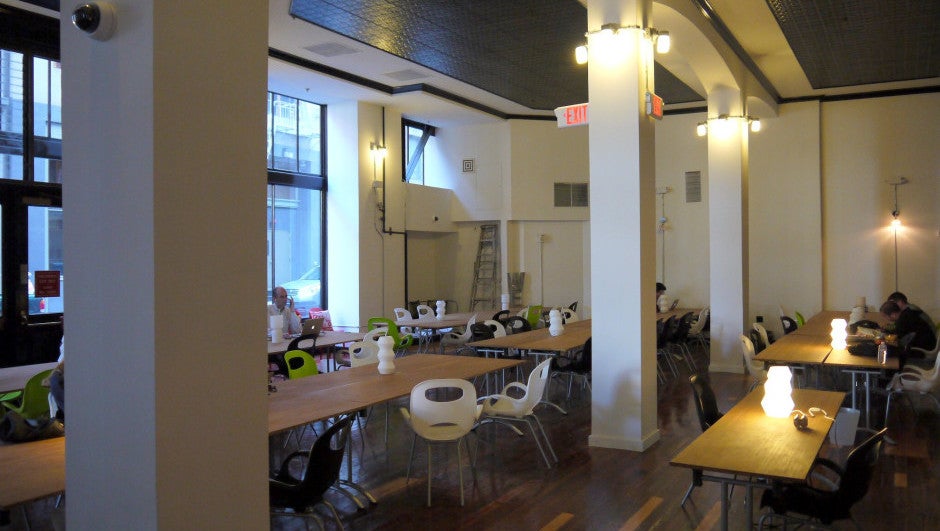 The explosion of startups has created a number of significant shifts in the business world. And while the financial and technological implications of these shifts are important to the fabric of society as a whole, the perks are pretty great too. One transition for many companies has been the use of coworking spaces rather than offices. And this perk is more popular in Chicago than ever before.

If you aren't aware of this revolutionary new way to get work done, coworking spaces are essentially offices for rent. You can rent a desk, a conference room or an entire office by the hour, by the month or by the year. Typically included in the charge of admission is access to WiFi, conference rooms, televisions, coffee and even snacks.

“You can pick a different space every day based on where you need to be, what your day looks like or what you are working on,” said Sam Rosen, founder of DeskPass, a coworking space in Chicago. “We have some spaces great to focus and others fantastic for socializing.”

The popularity of these coworking spaces in Chicago is more than obvious. More than 100 of these rent-an-office locations have set up shop in the Windy City. Companies like Space have been able to bust onto the market and establish locations in River North and the Loop. Another popular coworking space company, WeWork, has even begun expanding, moving their headquarters to the former Amalgamated Bank headquarters on State Street.

This popularity is also quite evident based on the real estate numbers coming out of downtown Chicago. With recent office vacancy numbers dropping to new lows, it seems like coworking spaces are taking over the startup haven one building at a time. Office vacancy is at a shocking 11.8 percent, an almost identical number to the shift seen during the recession in 2008, and landlords are loving it. 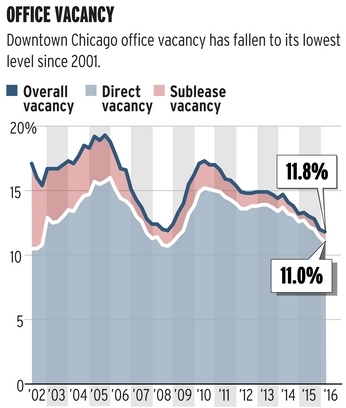 However, some feel this saturation of coworking spaces in Chicago is a bad thing. With popularity comes the burden of matching your progress. And huge buildings like the Merchandise Mart are not going to always be available for remodeling. These companies are going to have to grow and evolve in a market that might not be able to sustain their needs. But in a city like Chicago, progress and adaptation are part of the culture. And coworking spaces are too great an idea to fall by the wayside.