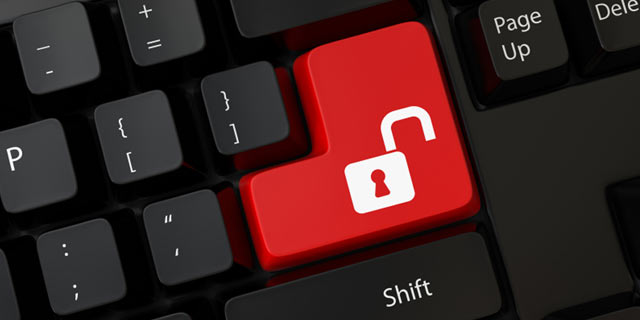 Professionals from the tech, business, and government industries will convene on January 23rd and 24th at the Ronald Reagan Building and International Trade Center in Washington, DC for Collaborate, an event aimed at educating participants on the implications of open data. Among those attending the event are Tom Chi, Chief Product Officer and Factory Co-Founder of Google X, Aneesh Chopra, former US Chief Technology Officer, and Adrian Fenty, former Mayor of Washington, DC. 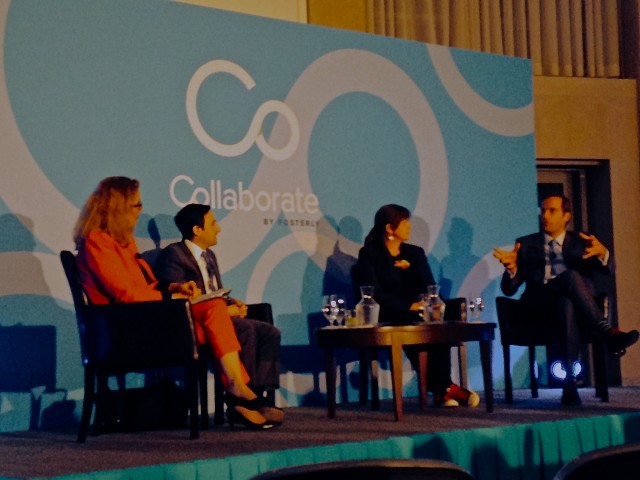 We got a taste of the spirit of the event at the end of 2014 when Rebecca Cooper, anchor of Washington Business Report, moderated a lively discussion during a preview event. The conversation focused on the potential benefits of data transparency.

Referencing a recent McKinsey & Company report, Open Data: Unlocking Innovation and Performance with Liquid Information, Cooper explained that at least $3 trillion per year in value could be added with more data transparency. Nonetheless, as we learned throughout the night, the push for open data continues to be met with resistance by consumers, corporations, and (perhaps especially) the US government.

Cooper noted: “Data transparency is an oxymoron when it comes to the government.” Resulting groans were replaced with laughter when Renata Maziarz, Senior Policy Analyst at the Department of Treasury reminded the crowd that she herself is a bureaucrat and proceeded to read a description of the DATA Act in low monotone.

Maziarz described her belief that better data provide better decisions and thus better government. Perhaps one of the essential entrepreneurial minds in the government, Maziarz reiterated the limitations of the federal government and the value of private sector models in effective data utilization.

Government data, though, does already provide consumer benefits that perhaps go unrecognized. Between witty one-liners, Ben Balter of Github pointed to our ability to buy fresh produce and navigate cities without maps, thanks to agricultural and GPS data, while Shawn DuBravac of CEA and Jeanne Holm of NASA nodded in agreement.

DuBravac said that we are at an inflection point in terms of data and “on the brink of something exciting.” Our relatively new digitized world, he said, is now being “sensorized” so that digital data can be captured. Just 15 years ago, we were living in an analog world where efficient data collection was not possible.

Of course, simply capturing data does little for establishing insights and propelling businesses. Holm pointed to the limitations of machine-readable information, which may be technically “open” but not human-readable. Perhaps the very act of translating raw open data into meaningful data will lead to businesses dedicated to this transformation.

In addition to the establishment of new business and products, open data could also allow existing businesses to enhance their efficiency and improve their products, as described in McKinsey’s report. Facilitating this process would be an increased understanding of customer preferences.

DuBravac alluded to Netflix, whose current predictive algorithm is limited in its power to suggest movies that viewers will truly enjoy. As DuBravac suggested, if Netflix had access to data relating to more variables, such as the number of viewers, their positions, the temperature of their environment, the size of the television screen, and perhaps even the mood of the viewers, its power to accurately predict movies that will entertain viewers will be heightened. Indeed, our tendency to like movies can depend greatly on context.

According to DuBravac, the acquisition of open data will serve as a type of basic research. As in basic science, translating basic data into interpretable data that can provide actionable information for businesses, governmental agencies, and consumers will be challenging. Collaboration will be vital during the process.

Events that attract participants like those seen at the preview event, who are strict in their dedication to evidence-based strategies, but maintain a bright outlook, are likely to serve as critical incubators that contribute to the successful adaptation of open data.

Nisha Kaul Cooch is Founder and Principal of BioInnovation Consulting LLC, a life sciences communications firm based in Washington DC. Dr. Cooch holds a PhD in neuroscience and specializes in the nature of decision making. You can follow her on Twitter @BioInnovationCo