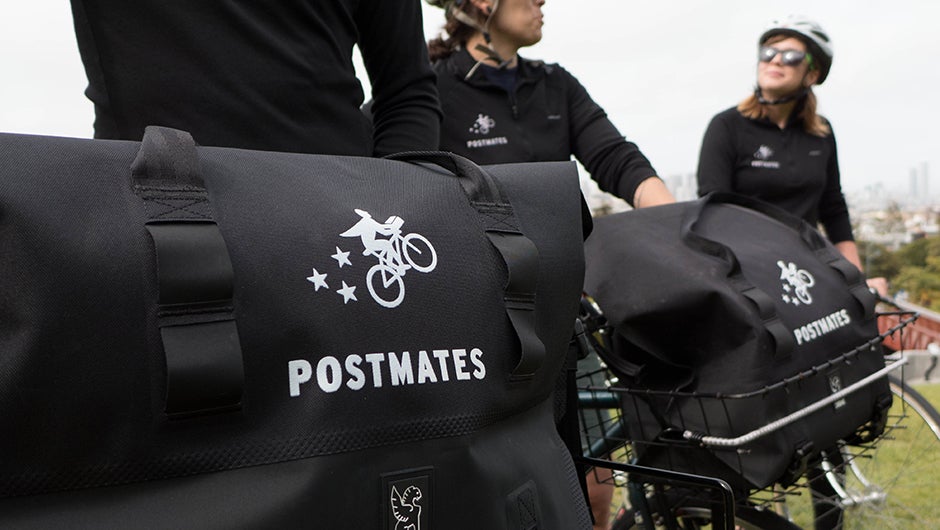 San Francisco based Postmates has a goal of making on-demand delivery as quick and inexpensive as possible to give us what we all crave: instant gratification.

Postmates recently raised $80M in a Series C round led by Tiger Global Management. The company now has a $400M valuation based on this current investment. As part of the deal, Lee Fixel, partner at Tiger Global, will be joining Postmates’ board of directors.

This funding should help push them towards their ambitious goal of providing $1 deliveries in under an hour. Postmates is not yet profitable, but they expect to reach a total revenue of $100M for 2015.

In May of this year, Tech.Co COO Jen Consalvo interviewed Postmates CEO Bastian Lehmann about the business model of bringing in brand partnerships in their deliveries. “Until the beginning of this year, we didn't have a single partnership with any of these merchants… We put it on the customers to drive sales to the merchants. . . and we started converting the best merchants into participants in the platform. At the bottom, there are now 800 merchants that are paying us a merchant fee when we drive them the sale, and at the top: Some of the largest brands in the world are interested in leveraging that infrastructure to plug into their business (turns out that once you build something that hundreds of thousands of people use every day, that gives infrastructure to a city).”

Their business model, which pairs up customer requests with local couriers who can make quick turnaround on deliveries, has faced some recent competition from Uber. A couple of months ago, Uber launched UberEATS in Chicago and New York City after testing it in Los Angeles and Barcelona. However, where UberEATS is focused primarily on food delivery, including tailored exclusive menus for UberEATS users, Postmates sees food delivery as more of a jumping off point.

“We love food, but food has always been for us a vehicle to build a big logistics company,” Lehmann said in a statement for the Wall Street Journal. “Food is for us what books were for Amazon.”

As an example of their goals beyond food delivery, Postmates recently formed a partnership with Apple to provide same day delivery of Macbooks and other Apple products to customers who purchase them online. In this case they actually beat out Uber for Apple's business, which could be seen as a huge win.

Currently, Postmates delivery fees average between $5-20 with the courier keeping the majority of the fees plus any tips they receive. The plan to lower fees to $1 would require batching deliveries to nearby locations together to lower costs.