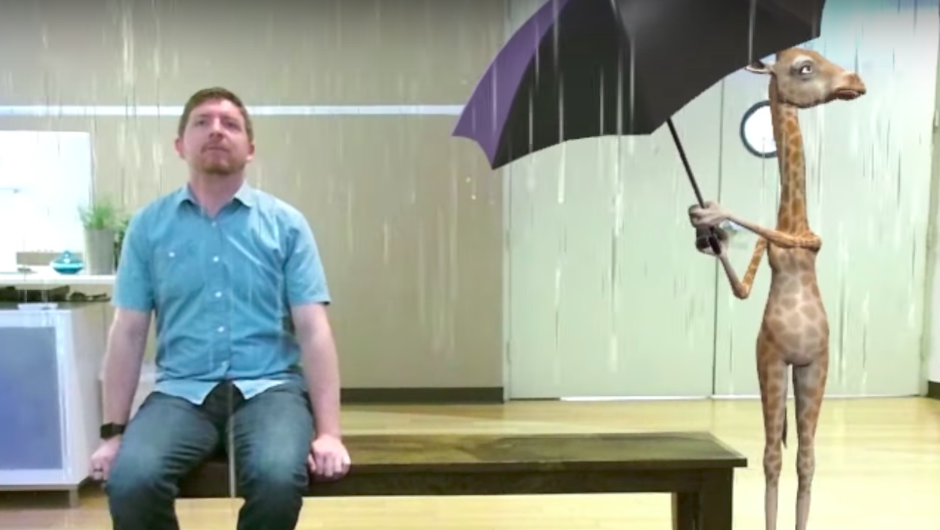 Since Who Framed Roger Rabbit, children of all ages, including immature adults like myself, have dreamed of being able to interact with cartoon characters. With similar iterations like Space Jam spurring this desire even further, technology had no hope of keeping up with the excitement brought on by the promise of humans and cartoon characters interacting in real life. That is, until Disney decided to throw their hat in the ring.

Dubbed the Magic Bench, this augmented/mixed reality experience allows users to engage with animated characters without wearing a headset or using a smartphone. By simply sitting on the Magic Bench, situated in front of a television screen, you'll be able to hear, feel, and interact with elephants, giraffes, and presumably, everything in between.

“Our mantra for this project was: hear a character coming, see them enter the space, and feel them sit next to you,” said Moshe Mahler, principal digital artist at Disney Research, in the video below.

With help from augmented reality, mixed reality, and haptic technology, it really feels like there's an animated character sitting, standing, or talking back to you. Plus, because of it's lack of necessary equipment, multiple people can experience the Magic Bench at once, unlike all other augmented and mixed reality experiences.

“We created a solution for multi-user interactions in AR/MR, where a group can share the same augmented environment with any computer generated (CG) asset and interact in a shared story sequence through a third-person POV,” reads the Disney Research website. “Our approach is to instrument the environment leaving the user unburdened of any equipment, creating a seamless walk-up-and-play experience.”

Augmented and virtual reality are all anyone can talk about in the tech world right now. Between Apple's ARKit on their upcoming iPhone and more VR fail videos that you can handle, tech enthusiasts have more than enough to be excited about when it comes to this innovative technology. However, the Magic Bench takes things to a whole new level.

Unfortunately, if you think you're going to be able to have a Magic Bench in your home, you're about to be sorely disappointed. This video was merely a proof of concept for the experiment, with few plans mentioned about the future of the technology. If you want to see it in action, however, you'll have a chance to see it at Siggraph in Los Angeles this week.