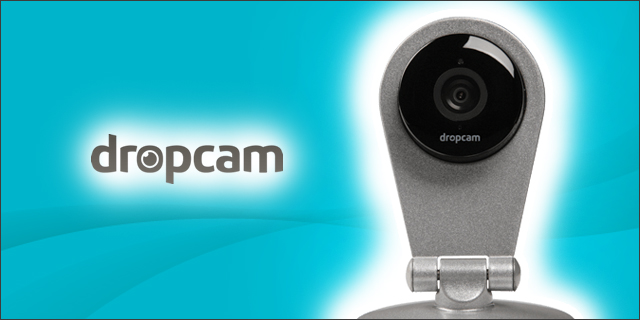 Home surveillance – it's a luxury reserved only for the wealthiest.  But who wouldn't appreciate the added security of being able to peek inside your palace (or studio) at any and all hours of the day?  Unfortunately, surveillance just isn't feasible on a modest budget.  Or is it?

The new Dropcam HD (backordered through March) brings streaming video straight to your mobile device (Android, iPhone, iPad, and Kindle Fire) and starts at only $149 (not even three San Francisco parking tickets).  But price isn't the biggest selling point, at least not in the eyes of Dropcam's CEO and co-founder, Greg Duffy:

“I saw my father’s frustrations while setting up IP cameras around his home in Texas.  I thought- there has to be an easier way to do this…Unless you were a tech expert and had lots of spare time most wouldn’t be able traditional home monitoring systems up and running,”

Along with the cheap price tag, Duffy hopes that Dropcam's simplicity of use (claimed setup takes less than sixty seconds) will be reason enough to push home surveillance into the mainstream.

Lastly, this San Francisco-based startup hopes its intuitive UI will be the final straw in winning over the hearts of users.   “Hardware start-ups are a rarity in Silicon Valley, but what’s even more rare are software engineers creating hardware products,” Duffy continues. “Aamir (Virani, fellow Dropcam co-founder) and I are both software engineers, which we believe has helped to make Dropcam as user-friendly and successful as it is today.”

Duffy's software prowess dates all the way back to when he was only 13 years old and received a full scholarship to UT-Arlington for winning the Texas State Science Fair with a machine learning-based project.  Eventually his innovative nature pulled him out of college (which he entered at the age of 15) to pursue creating his first company, NCF Technologies.

In 2007 Duffy joined the team at Xobni as Principal Software Engineer, where he met Virani.  With a M.S. in Electrical Engineering from Stanford University, Duffy saw Virani as the missing piece in making the Dropcam concept come to fruition.

Dropcam is funded by Accel Partners and a variety angel investors including Mitch Kapor, Aydin Senkut and Bradley Horowitz and has raised $5.8 million to date.