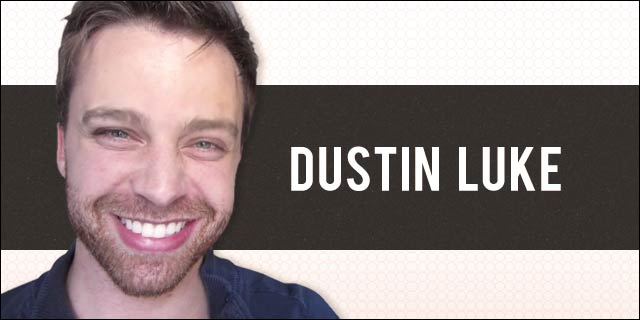 A few years ago, Dustin Luke posted a YouTube video on a Friday night and went out with his friends. The video – translated to “Things Argentines Say Made By An American” – was viewed 10,000 times overnight, and it was a hot topic on major news sources in Argentina by Monday.

While some of that weekend might have been a blur for the Atlanta native, Luke does remember a few things: getting calls from his friends about being on TV in Argentina and getting praise from viewers, when most YouTube comments are usually negative. So how had Luke gone viral is just one weekend? How did he keep viewers coming back for more? And as a media entrepreneur, how did he create a brand with a consistent, but unique message?

Luke now has almost 160,000 subscribers on YouTube and 43,000 followers on Twitter. According to Expanded Ramblings, more than 1 billion people use YouTube and about 100 hours of video is uploaded per minute so the probability of your video going viral (or even being seen by millions) is slim, but Luke proves it's a feat that's not impossible. However, Luke isn't your average YouTuber, he's actually targeting the Spanish market.

“With over 400 something million Spanish speakers in the world, I realized there was a huge market for this. I know this is a market that needs to be tapped into,” says Luke. “It's all about Latino culture and investing in that side of YouTube.”

A Star in the Making: From Trial and Error with English to Popular Videos in Spanish

To give you some history, Luke's YouTube journey began in 2010 when his friend sent him a video of popular YouTuber “KevJumba.” He thought Kev's videos were funny and was also intrigued by YouTube's reach.

“I subscribed to this guy’s channel and watched all of his videos and I thought it was incredible how he was in his room reaching out to millions of subscribers,” says Luke.

Luke was inspired to make something of his own. His first few videos were in English, but he had a breakthrough when he began to speak in Spanish as well. His next video was in English and Spanish; it was about his own experiences of studying abroad in Argentina and everyone he would meet. He eventually told  a story only in Argentine Spanish and that's when he really saw a change in his viewership.

“I don’t know it kind of found a little success, a couple travel bloggers picked it up, posted it and thought it was funny, and I had all of the social media in place just in case one day I happened to get a viral video or something,” said Luke.

Luke has also carved out his own niche in the YouTube market because of his love and passion for Spanish. He studied abroad in Spain for two months and also ran a company in Argentina.

“The whole Spanish thing was an obsession of mine. I always found myself outside of class, or on the weekend I would be thinking about Spanish. I enjoyed the language ,” says Luke. “I took every opportunity I could to speak to someone in Spanish and I would do it and I had no fear, I just went with it and made as many mistakes as I possibly could, and I just learned over time.

Similar to any website or YouTube channel, creating a lasting revenue model hasn't been easy for Luke. In simple terms, users on YouTube can make money if they have a high number of views (think millions or at least hundreds of thousands). The money comes from ads, which show up a few different ways on the popular video website – banners or full ads run at the beginning of the video – but to see all the complex details, look here.

“I make money off of YouTube ads which is nice because it kind of runs on its own. I have videos that are being viewed right now and I'm making money as we speak,” says Luke.

Luke also says if you’re sticking just to YouTube revenue, you’ll need millions of subscribers to make a career out of it. Instead of relying on ads, Luke suggest that YouTubers create a media package and approach companies themselves.

“They’re making a million a year,” explains Luke of well-known YouTubers. “But they could be making 4 million a year if they were reaching out to companies, and strategically setting up product placement.”

And how does he create all of the amazing content?

“It's just kind of me being myself in a video and obviously kind of planning that out a little bit. For the most part, just being myself, and that’s kind of what people have grown to love,” says Luke.

Some might consider him a creative genius, as he is consistently planning and brainstorming new innovations. He says he'll spend time alone at a coffee shop to expand on some of his ideas. Here's what you should know, if you want to improve your YouTube following:

While Luke isn't on the list of Top Ten YouTubers yet, he says he is making enough money to relocate from NYC and focus solely on growing and maintaining his YouTube channel. His ultimate goal is to bounce back and forth between the US and South America; he explained that a city like Miami has flights to any major city in South America, especially in Argentina.

“I would like to go to Buenos Aires for 2-3 months at a time and then come back to the states while I edit for a month or two and then repeat. We’re going to travel all over Argentina,” says Luke. “It will be a travel and reality show about the lives of these two Americans who are wildly popular on the other side of the planet.”

Luke says if someone is interested in becoming a YouTuber, they'll have to be proactive in terms of creating content. While he had inspiration from other YouTubers, he had to get over the hurdles of learning how to edit, film and essentially produce quality content.

“All of the people that I talk to that say ‘oh I want to do this,' a lot of them don't end up doing it,” says Luke. “The learning curve is hard. I had to teach myself everything.”