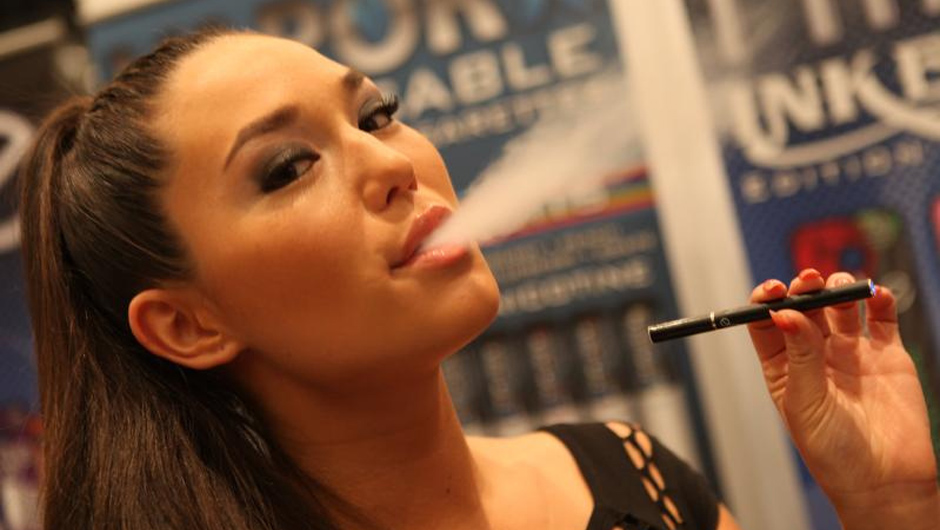 E-cigarettes and vaporizers are electronic inhalers powered by rechargeable lithium batteries, a silicone mouthpiece and a cartridge that's known as a cartomizer. The cartomizer itself is filled with the liquid that typically contains propylene glycol along with nicotine or nicotine-free flavors and other additives.

The e-cigarette is smaller than the vaporizer and looks more like a real cigarette, but it's limited when it comes to battery life, nicotine consistency, and flavor experimentation. Vaporizers, on the other hand, are bigger, can deliver more nicotine, have improved battery, and a larger variety of flavors and features.

The business began as an alternative to offering low-nicotine options to smokers that were trying to quit. Since vaping has grown, experts have debated whether it's beneficial or harmful to consumers and also whether or not e-cigs should be regulated the same way other tobacco products are.

However, the industry realized that e-cigs could be extended to non-smokers and smokers alike, offering flavors from chocolate, fruits, or even butter. Of course, by pivoting towards a lifestyle feel over the “curing addiction” mentality, e-cigs have become widely appealing to young adults.

In one particular study about the safety of e-cigs, researchers analyzed two leading brands and concluded the devices did in fact contain trace elements of hazardous compounds. However, the American FDA report found nine contaminates versus the 11,000 contained in a tobacco cigarette and noted that the level of toxicity was shown to be far lower than those of tobacco cigarettes.

In another study, from the Cure From Tabacco and Prevention Center along with the Catania University, Italian researcher Riccardo Polosa found out that e-cigs are far better than regular cigarettes.

“Existing evidence indicates that EC (read: e-cig) use is by far a less harmful alternative to smoking. There is no tobacco and no combustion involved in EC use; therefore, regular vapers may avoid several harmful toxic chemicals that are typically present in the smoke of tobacco cigarettes. Indeed, some toxic chemicals are released in the EC vapor as well, but their levels are substantially lower compared with tobacco smoke,” concludes the article.

Although this topic might be polemic and controversial, its long term success is almost guaranteed. A Wells Fargo report indicated that vapor industry profit margins could top combustible cigarettes by 2018.

E-cigarette sales in the US are expected to hit $3.5 billion in 2015 and $7 billion worldwide. Further, specialists noted that vaping is substantially more affordable than combustible cigarettes and rechargeable e-cigarettes, and that the vaping lifestyle is attractive.

The cofounder and CEO of premium V2 Cigs, J. Andries Verleur, suggests that as consumers begin to try and accept vaping and electronic cigarettes, disposable models will become obsolete:

“I don’t see disposables as being a major factor five years from now,” says Verleur. “There’s not much value in it for the consumers.”

Indeed, as the world becomes more globalized through social networks, more attractive lifestyles change our society faster and faster. As these devices become more accepted by young adults, their market share will grow, more competitors will take place, and there will be the need for a regulation.

I am Ben-Hur Gonçalves, a mechatronic engineer graduated in São Paulo University, São Paulo state, in Brazil (2009). I am the owner of a construction company. However, I am also a maker of Drones, Arduino and electronic projects, and I like stuff as microprocessors, robotics and technology. I want to share knowledge about how to make DIY (do-it-yourself) projects and the common issues you will find making them. I also have an Instructable page and a blog with my projects. You can also follow me on Twitter @Ben_Goncalves, or Google Plus here. More about me: I graduated on Universidade de São Paulo (USP), Brazil. Before college I was: – Golden medalist on Brazilian Olympiad on Astronomy (2004); – Bronze medalist on Brazilian Olympiad on Physics (2004).