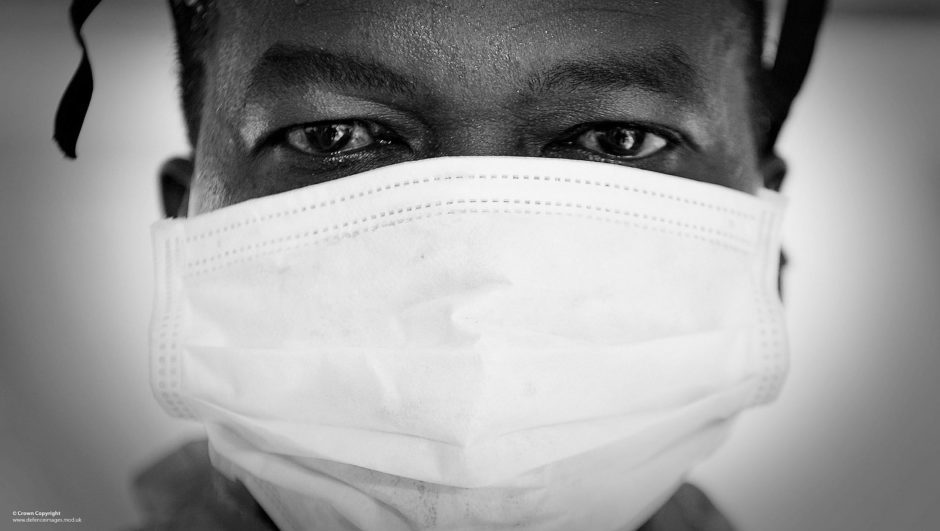 Entrepreneurship and economic prosperity often go hand in hand. While the business of starting a company can be risky, the spirit of technological growth and societal innovation typically leads to a burgeoning economy and happy citizens. But it's no secret that some places are more innovative than others. And, according to one study, the reason is that being an entrepreneur might be contagious.

When you look at the data, the information is undeniable: entrepreneurs begat more entrepreneurs. Look at Silicon Valley: a California town exclusively built to facilitate the growth of startups and entrepreneurs alike, churning out genius ideas like clockwork. Are they all moving to Silicon Valley on purpose? Are they putting something in the water that makes starting a business more appealing? Why are all the best ideas coming out of such a small area?

The study dictates that the learning environment created by startup hubs is invaluable to people looking to start a business. While researchers originally thought that the draw of low startup prices was bringing entrepreneurs to certain areas, the data showed that impressionable minds are highly influenced by an entrepreneurial setting. Being surrounded by VCs, Series As and 23-year-old CEOs results in an increased desire to start up as soon as possible.

“Consistent with the learning model, we find that individuals who grew up in a location with a higher entrepreneurial density are indeed more likely to become entrepreneurs,” says the study.

With such a consistently innovation-focused population, Italy was the perfect case study for this research. The country is home to 12 provinces that could be considered entrepreneur hot spots, including Florence, Milan, Venice and Bologna. Across all 12 provinces, the data showed consistent growth in the entrepreneur population. In fact, all 12 showed remarkably similar upward trends, further showing that if a region is big on innovation, things aren't going to change any time soon. 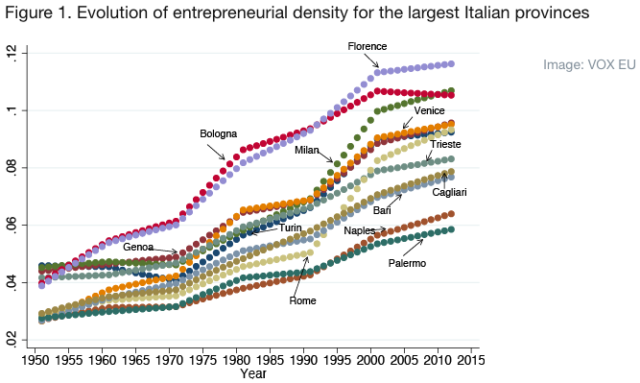 While the presence of entrepreneurs clearly leads to more entrepreneurial community, the skills associated with starting a business are not as easily passed on. In fact, the study showed no evidence of entrepreneurial success resulting from the presence of business-starting mentors. Skills like risk aversion, avoidance of ambiguity, optimism and self-confidence were found to be the result of childhood learning or innate skill sets. So while starting a business is easier in a group of entrepreneurs, starting a successful business is going to take a little more than a California zip code and a retweet from Mark Zuckerberg.