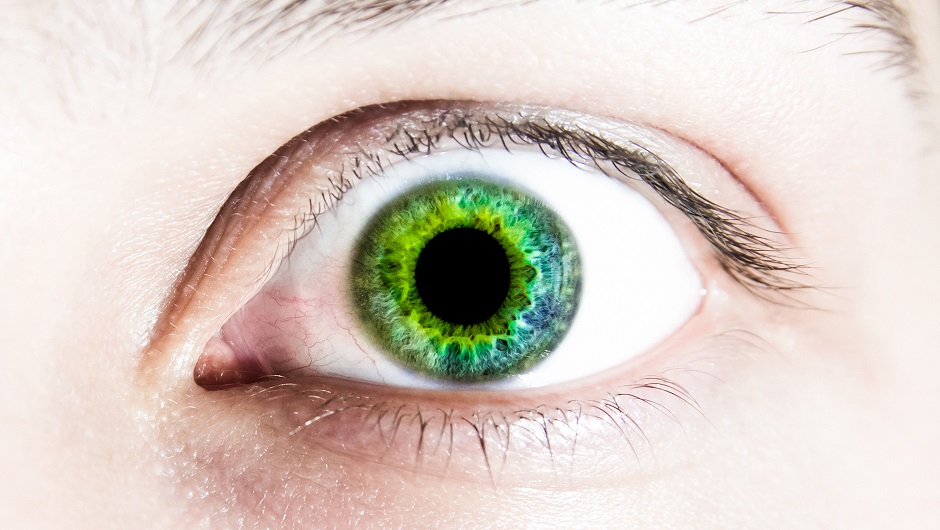 Eyes are vital to interaction. There is no more powerful social interaction than when eyes meet. From staring down opponents to eyes meeting across a crowded cafe, being able to look into another’s eyes — or even looking at a shirt you’d like to purchase — is so fundamental that people take it for granted. Using eye-interaction technology for virtual and augmented reality allows for these exchanges to occur naturally and effortlessly — even in a software-based environment.

Driving Out Fatigue and Inaccuracy

There are some big limitations to the current VR and AR interfaces. Arm and hand gestures, head movements, and voice control can all contribute to fatigue. Although 3D hand gestures look futuristic — such as in “Minority Report” — arms and shoulders tire quickly. Tired arms become slow and lose their precision.

Voice control is appropriate in some contexts, but it’s slow, imprecise, and can be limited when speaking aloud is disruptive to others. Rotating and tilting one’s head as a primary control is also exhausting, impractical, and could create unnecessary neck problems.

The fine musculature for eye movements is insusceptible to fatigue. In fact, eyes constantly dart about the visual world as a normal mechanism of seeing. And when a person’s eye movements aren’t working as they should, eye-based technology is even being used to help diagnose someone with a traumatic brain injury or concussion. For those with speech impediments or “locked-in syndrome” such as amyotrophic lateral sclerosis (ALS), the ability to use a computer or head-mounted display using only one’s eyes provides a literal lifeline of communication.

Gaze and saliency function within a system of body positioning. Visual focus is part of a complex coordination of gazing, reaching, and grasping — such as what people do when they select a shiny apple in the supermarket. In the same way, eye interaction can be combined with one’s head, hands, and voice to offer powerful, intuitive control.

The Future of VR and AR

This speed, indefatigably, and precision of eye-interaction technology will facilitate extraordinary breakthroughs in human-computer interaction. Here are three ways you can start to take advantage of it for your business:

Your business needs to be prepared for these new technologies, so start by having one for office use. The advent of eye interaction is a tipping point technology for head-mounted displays that will accelerate the adoption of HMDs for enterprises, consumers, and other markets. The cost and difficulty of use associated with HMDs has held consumers back thus far, but with eye-interaction technology, both of those issues are on their way out the door.

Eye-tracking saves on computational resources using “foveated rendering.” People only see sharply in a small region of their visual field called the fovea, the size of one’s thumbnail held at arm’s length. Outside of this region, visual resolution falls off sharply. So VR and AR systems can save on costly computations by not crisply rendering imagery outside the current foveal region. In this way, HMD and computing costs will be kept down, increasing accessibility in the marketplace and in consumer adoption. It allows content creators to have the highest resolutions where it matters while users are happily unaware of this visual legerdemain.

2. Interact with your consumers virtually

Consider making your customer service call center and certain presentations virtual and interactive so users who have adopted HMDs can see your employees in real time. By controlling what they see simply by looking, VR and AR users will be free to converse and use their hands, voices, and head positions for virtual communication and navigation, increasing interpersonal communication and socialization.

While communities like Facebook have taken good steps forward in online socialization, the written word is a severely constrained form of casual human communication. With eye interaction, interpersonal communication will expand because it uses everyone’s natural means of visual attention, promoting empathy and engagement. Eye interaction is rich with the natural exchanges of timely, selective, mutual gazes and appropriately averted gazes.

The potential to experience adventures “together” — whether as real-time avatars or via video or holographic representations — gives us the ability to connect and gaze into one another’s eyes to exchange emotion. The time spent sharing stories via VR and AR, supplemented with eye-tracking technology, will yield personal interaction with more empathy and direct emotional engagement.

Because it’s faster and more intuitive, use eye interaction for selecting from menus and launching applications. People only believe mouse UI is rapid because they haven’t experienced any faster interfaces. Simply by looking, without waiting or winking, users zoom through conventional computer tasks, making eye interaction the preferred UI.

Eye-interaction technology is already being used to determine how effective an ad is, to test the usability of a website or app design, and even to help hungry customers decide on lunch.

From conventional UI in traditional contexts like menus and icons to realistic social engagement and the effortless exploration of landscapes, eye-interaction technology will drive the adoption of VR and AR technologies and transform how people use online resources. Within just a few years, eye-interaction will update the classic “seeing is believing” to “seeing is behaving.”

Jim Marggraff is the founder and CEO of Eyefluence, a company that is engineering the ability to transform intent into action through your eyes. Leveraging eye biomechanics and the eye-brain connection with the first-ever eye-interaction technology solution for head-mounted displays, Eyefluence is expanding human potential and empathy to create new possibilities in the virtual-, augmented-, and mixed-reality worlds.