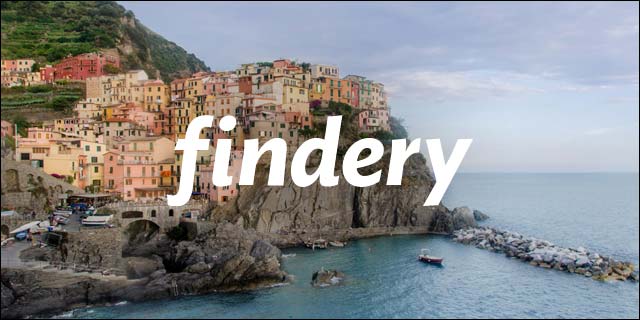 Places have unique stories, and no one can tell those stories better that people experiencing them first hand. That's the idea behind Findery, a social discovery platform that lets you share stories and discover places near and far. They announced today their app is available for Android.

Findery users can search and find interesting information about their current location through personal stories, hidden histories and local tips; or share their own experiences and leave notes and photos about the meaningful places they’ve found.

Of course, even Findery has its own story: the company was founded by Caterina Fake, who founded Flickr, the photo-sharing site that was sold to Yahoo, and Hunch, which created personalized recommendations and was sold to eBay in 2011. Since launching the iOS app in the spring, the company has been focused on building the Findery Platform and a long-lasting and sustainable global community, which has shared notes in every country in the world.

“We’re cultivating contributors and community,” said Caterina Fake, founder and CEO of Findery. “The world is a big place, and an endless source of wonder and discovery. Android, with its worldwide distribution, will grow our community of explorers.”

In their latest version, Findery incorporated user feedback and streamlined the app to make it easier for people to uncover a new location.

Since its launch for iPhone in March, Findery users have posted notes in each of the 196 countries across the globe.