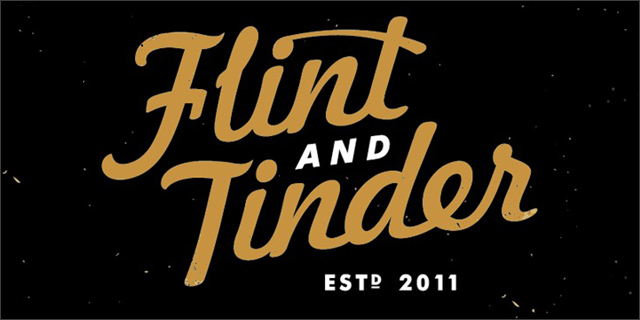 When I asked Jake Bronstein why “made in America” is so foundational to Flint + Tinder, he couldn’t come up with a good answer. It’s not just the typical reason of creating jobs, he said. He wants customers to buy his made-in-America underwear not because it’s made here, but because it’s good. He’s out to prove that American factories and their workers can create a brand that people should trust.

When Bronstein created Buckyballs, the incredibly successful magnetic desk toys, he and his team set up manufacturing in Asia to cut costs. So for his next business, he was determined to manufacture on US soil. His first idea, making sheets, clued him in to how dire the situation was. He couldn’t even find a factory with the right equipment to produce sheets, so he gave up on that idea.

“If you’ve been working in apparel manufacturing, if you sat at a table all day and were running a sewing machine, you’re probably watching your world shrink and it’s scary and it’s frustrating and you don’t feel like a valuable part of the world. People can make the stuff you’re making cheaper somewhere else, and people are asking people to buy the stuff you’re making just because it’s made here, which almost seems like charity,” says Bronstein.

Underwear seemed like a promising alternative – a staple that he (mistakenly) thought was fairly easy to produce – so he made his pitch to t-shirt factories. After many calls, visits, and pleas, he finally convinced one to do t-shirts and underwear samples. He fibbed and said he had investors who would be able to pay.

Encouraged that his foot was in the door, Bronstein launched a Kickstarter campaign and shared his vision of solid American manufacturing with the world. He made a video with a peek inside the factory, at the workers whose steady hands on sewing machines would make even, comfortable undies. And investors that were once made up became real, to the tune of $290,000. A few more factories joined in, and they all bought special equipment, trained their staff, and are now zipping out underwear by the name of Flint + Tinder.

The brand itself was a reaction to traditional underwear brands, which feature oiled-up, shirtless male models in their ads. Bronstein had a different view of masculinity: “rugged and refined.” That goes for underwear, as well as additional products like shirts, wallets, belts, and bags. For example, they sell Duke Cannon soap, a “big ass brick of soap” that “smells like victory.”

Flint + Tinder underwear is made of supima cotton. Instead of wearing and pilling over time, it actually expands and gets softer.

“One of our slogans that we say all the time is we will not let you down. And all that it means is just we will try harder … People go, ‘Well, what does that mean?’ I don’t know – whatever you want it to mean,” says Bronstein. “I just want this to be right and I want it to be better, and I think that commitment is what’s missing in the world.”