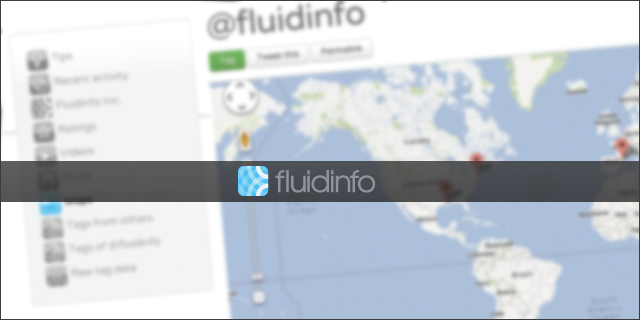 Last March at SXSW, Tim O’Reilly called Fluidinfo his favorite startup. Three years earlier, Robert Scoble said it was “unfundable” but “world-changing” – yet Fluidinfo has since raised $1.3 million from investors including Esther Dyson and O’Reilly himself. Why is Fluidinfo garnering such praise, and why is it so hard to understand?

Fluidinfo is basically a database. You can add any object – a person, a place, a book – and anyone can tag it. For example, I added the tag “kiramnewman/articles/read” to two blog posts I read. Sometimes, tags have “values;” I could add a tag called “Rating” to those blog posts, then add a value of 1-10 based on how much I enjoyed them. You can control who has permission to read or change your tags, but objects are visible to anyone, just like Wikipedia entries. In fact, founder Terry Jones calls Fluidinfo a database “with the heart of a wiki” because anyone can add objects, tags, and values.

That’s pretty abstract, but the magic happens when you discover what can be done with all this information. Because Fluidinfo has an API, apps and browser extensions can integrate with it and make queries that are incredibly difficult or impossible on normal search engines.

For example, they could ask: Which TechStars companies have been mentioned in the New York Times and the Washington Post? (looking for objects in common among TechStars.com/portfolio, NYTimes.com/mentioned, and WashingtonPost.com/mentioned); or What entrepreneurs have I met who are working on location-based services?; or Who are some Twitter users with a Klout rating greater than X, who post at least 10 times a day, who I don’t follow yet?

You don’t have to manually add these tags; rather, simple applications would automatically generate them. For example, the main way Jones uses Fluidinfo is to tag webpages with “want to read,” likes, ratings, comments, and keywords using a Chrome extension they released.

On the more normal side, Fluidinfo can pull in info from Twitter – who you follow, what you mention, and what URLs you tweet. (Recall the excitement in 2010 when Twitter announced they would allow annotations to tweets, something Fluidinfo has done all along.) The Fluidinfo database also includes information on all the O’Reilly books. And Jones thinks it could be useful for storing shared data inside businesses and within the intelligence community.

“People would always say to me, ‘What are you doing Terry?’ … and I would say, ‘I’m building the next everything,’” explained Jones in a video interview with Robert Scoble.

But the next everything isn’t built in a day, or a week, or even a year; Fluidinfo has been 15 years in the making. As Jones wrote in a blog post, referring to 1997:

“By day I was running Teclata S.L., a too-early web company in Barcelona. By night, very often until 4 or 5 am, I was up thinking and writing, trying to get a better grip on what I’d dreamed up. I wrote hundreds of pages of notes. That’s a year of thinking, with no coding at all.”

This incredibly long process of conceptualization and development is foreign to some startups and investors.

“Figuring out and thinking through the way information works in the natural world, and the problems with the digital world, and coming up with a solution that is clean and elegant – those things take years, and nobody really appreciates that or cares about it; they just go, you’re a startup; you have 3 weeks to change the world,” says Jones.

But Fluidinfo managed to raise two rounds of funding in 2009 and 2010, and demoed at TechCrunch Disrupt in 2010. Now based in New York, Jones has spent the last 18 months building a small team (now 5 full-timers, spread across 3 continents), working on architecture, and getting the word out – with limited success.

Below – in the most fascinating interview I’ve ever done – Jones explains why traditional computing is painful and frustrating to him, how he wants to change it, and why he’s loving this incredibly difficult project. 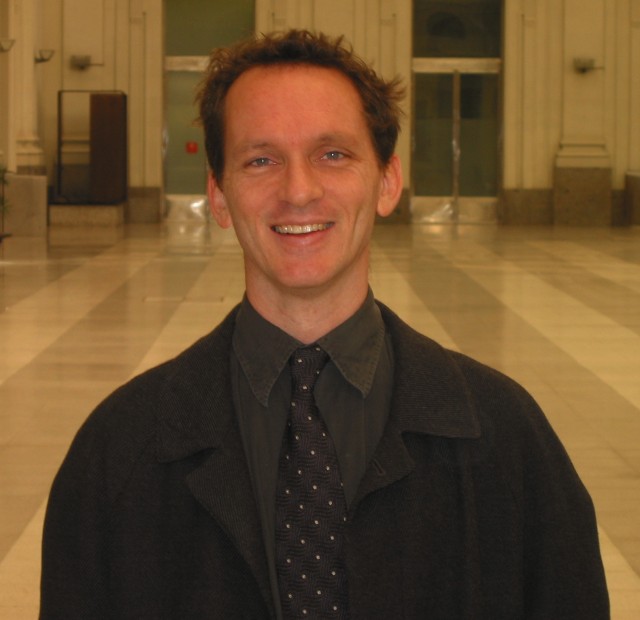 Tech Cocktail: Why did you start Fluidinfo?

Jones: I’ve been using computers for a long time, and there were some things that I found very frustrating. One of them was file systems – I didn’t like that all the information I was gathering over the years was in a big tree and I had to remember where everything was, and I had to give everything a name and things were in certain formats, and I couldn’t change them as easily as I wanted and I couldn’t search on them; it all seemed very awkward and painful. I guess I’m a bit obsessive about thinking about information.

In the natural world, we work with information very flexibly; one thing we’re good at is putting information into the place that makes it most useful. We do it so often that nobody even thinks about it. For example, when you go to a conference, you put your name around your neck – that’s the most useful place to put it. Another example is post-it notes: they have these two nice properties – they’re blank, which means you can write anything you want on them; but also they’re sticky, so you can put the information into the place that makes it most useful. Everyone takes these things for granted, but when you go into the digital world, you can’t do them. Most of the things you run into – whether they’re files or webpages – they’re read-only; you can’t change them. But everybody seems to take the pain for granted, too.

So there’s two forms of blindness here, and that was driving me crazy. I thought, “Why can’t we build a storage architecture where everything is writable?” Every time you bump into an object you can always go and add new information to it. That was the basis of Fluidinfo.

Tech Cocktail: Why do you think you are able to see this “pain,” when so many people (myself included) are perfectly content using computers?

Jones: Maybe I’m just a weirdo [laughing]. I don’t know, I’m not sure. I think part of it is that I’ve been so careful in thinking about my own personal information on computer systems for several decades. Maybe I’m just lazy, and I want to put some information somewhere and I feel the pain of having to dream up a file name and remember it.

Another factor is that everybody grew up with computation systems that had this sort of rigidity and were read-only, or you had to ask permission, or you had to have been anticipated [by programmers] in what you wanted to do. It’s natural that it’s not something people see or think about very much.

Maybe it’s about freedom – I see things and I want to change them and I’m not allowed. I think, “Why can’t I put my own metadata onto that object?” And sometimes it’s really bad because it’s your file. You can own an Excel file, and if Microsoft didn’t anticipate the things you want to do with it, you can’t do them even though it’s yours.

There’s little symptoms of [the problem] all over the place: for example, because Microsoft doesn’t let you add a bit of metadata, you get these weird file names trying to describe the content of the file [e.g., with the date or version].

Tech Cocktail: What are your long-term goals for Fluidinfo?

Jones: The big-vision long-term goal is to change the way people work with digital information. I basically want to make it so that when you have information about something, you always have a place to put it and you never have to ask for permission and you don’t have to be anticipated. We’re trying to make the world writable for everybody.

I really care about this stuff and I really think I’m right about what we’re doing. The digital world is broken: it’s like rubbing sticks together to make fire. We’re trying to change it.

Tech Cocktail: What do you enjoy the most about working on Fluidinfo?

Jones: I like working on my own project. I spent probably 10 years or so being one of the leading tech guys on someone else’s project – which is always fun, but it wasn’t really mine.

I also like it because I discovered that I’m ambitious. I spent all of my life until the last 5 years just thinking I had all this potential and no ambition. And I realized that I have tons of ambition; I just never found anything important enough that was worth trying to do that I could care about. I have something that I care about now, which feels good.

I also like it because I sort of never had to try in my life – most things, I either didn’t care about them or they were too easy. To have something which is really hard and has taken everything out of me and impoverished me (I sold my apartment to fund this company, and it involved multiple “near-death” experiences), to have to really really fight to do something and to be successful – it’s really refreshing.

I’m even happy that things are hard for us because you look at some startups and they get lucky early or they’re smarter or their timing is better or they’re doing something which is simpler, and they don’t have the full startup experience. I like that it’s been so hard – it has some personal value.