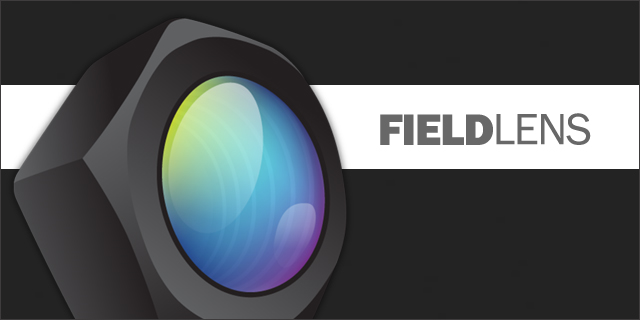 This might be a bit of a stretch, but I’m saying that the reason Doug Chambers and FieldLens are going to be successful is the same reason Jay-Z is worth half a billion dollars.

Let’s start with a quote from Hova:

These other boys lyin’, I wonder if you all care.

Their stories outa this world, I wonder if you all hear.

Decisions are easier for Jay-Z. While writing one of his many songs about dealing crack, he only has to elegantly put into rhyme whatever it was he experienced when he used to actually deal crack. The weightier matters of content, legitimacy, and insight are taken care of by his own life experience. If I were to rap about crack, I would either have to make it up, research it, or just copy someone else’s story, all of which would reek of insincerity and (even in an extremely hypothetical world where I had heaps of musical talent) leave my single short of the Hot 100.

Enter Doug Chambers. Chambers was a rising star in the construction world. As a young manager, he was hired to oversee all the technical management (involving hundreds of moving people and pieces) for some of the highest-profile construction projects in the country, including the New York Times Building and World Trade Center Tower 4. Then, after 11 years of on-site experience, he left to start FieldLens, a mobile app suite for integrated project management on construction sites. But Chambers didn’t found a company because he watched The Social Network or wanted TechStars on his CV; he founded it because he had seen, firsthand, inefficiencies in the construction industry and had great ideas for how to fix them. He experienced a problem over and over and over and then decided to solve it.

So, like Jay, when Chambers and his team are building solutions for project managers, Chambers just has to remember what it was like when he was one. Getting in the mind of his customers is just a function of memory for him. The only way he’ll be bad at the hardest part of entrepreneurship is if he gets dementia. Chambers says it’s “almost like a game” to see how long his customers take to realize he’s more than just a tech guy.

“The most rewarding thing is sitting in a meeting with a partner and then seeing the literal change in their face when they realize that I’m one of them. I bring that all with me now. I can understand what they do every day and the problems they’re constantly facing,” he says.

In this context, Chambers becomes sort of a startup superhero: industry experience, strong established network, background in mechanical engineering, and has an MBA (it’s almost excessive; I haven’t met him, but in my mind he tops it all off by looking like a young, charming Sean Connery). Combine this with the fact that he’s entering a large underserved market, and you create a situation that is as close as it gets to a safe bet in early-stage venture capital: SoftBank Capital jumped in and funded them before their public launch.

According to SoftBank partner Joe Medved:

“In a space with a relative dearth of early adopters, a founder with industry credibility and deep experience like Chambers has a distinct advantage over an entrepreneur without it. [Additionally], the platform was invented out of his personal frustrations on the job site, and he is taking an innovative approach to an old-line industry.”

The message here, if anything, is that this is a smart path into entrepreneurship. The poster-child of the tech world has always been the young college dropout, but the world could use more experienced people from all industries crossing over into technology. Think how many solutions to America’s biggest national issues are stuck in the minds of nurses, lawyers, soldiers, cops, and janitors.

Granted there’s still the non-trivial matter of execution on the road ahead (for FieldLens and anyone else diving into tech). Having an authentic street life doesn’t make you a good rapper, and being an industry expert doesn’t mean you won’t fail as an entrepreneur. Still, it’s a lot better coming out of the gates with some valuable history informing your venture than trying to make it work on eagerness alone: I’d rather bet on Chambers making it in construction tech than on a middle-class white kid from Suburbia, Utah, trying to hit it big in the gangster rap game (but that doesn’t mean I won’t try. Look for my debut album dropping soon…).

Austin Rory Hackett is the cofounder and CEO of CrowdHall. He loves karaoke, pinball, and rock climbing. Follow him @austinrory.