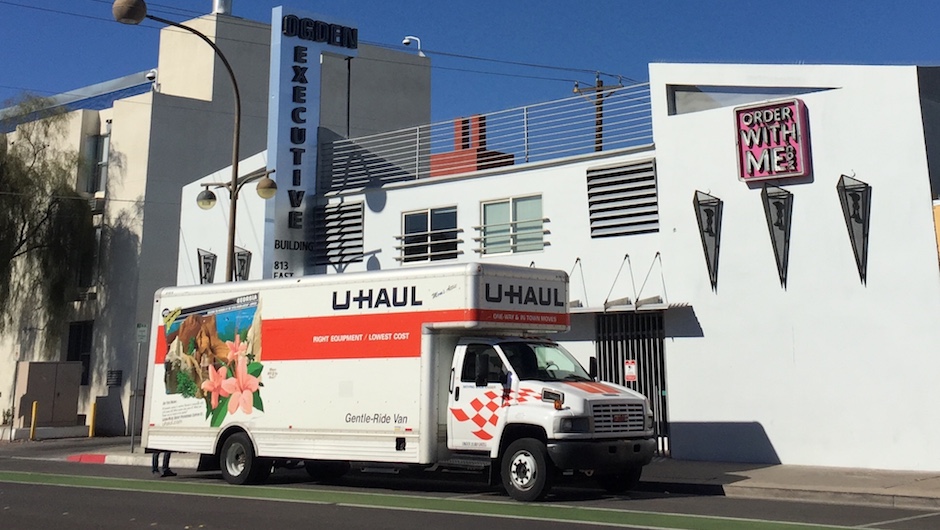 We have not heard much recently from WithMe (formerly OrderWithMe), the Las Vegas based, on-demand, retail platform for brands that raised over $37 million in funding and was listed by CBInsights as one of the most well-funded startups in Nevada. According to reports from several former employees, the company quietly laid off the team in late January and moved out of their office in downtown Las Vegas (as shown in the photo above, taken on February 28th 2017). So it appears WithMe is at a major inflection point.

Jonathan Jenkins, CEO of WithMe, moved the company to Downtown Las Vegas a few years ago after meeting with the partners from VTF Capital (formerly Vegas Tech Fund). They renovated a motel space and raised a Series B round of $6M then another $28M as a shining star in the Downtown Project's startup portfolio. WithMe was one of the companies that received follow-on funding from VTF Capital as they changed their investment strategy to “double-down” on some of their investments.

With the capital raised, WithMe focused on expanding its retail popup stores into 30 locations in 5 cities. These popups were similar to what they first exhibited at the Zappos Pop-up Shop for Jeff Bezos a few years earlier and WithMe even partnered with Macerich to bring these transformative retail experiences to their stores. Everything seemed to be heading in the right direction for WithMe and it's partnership with Macerich helped with distribution across the country.

However, Art Coppola the CEO of Macerich, a Santa Monica, California-based publicly traded real estate trust, who partnered last year with WithMe recently described an engagement with a startup that was going to be the “bridge between clinks and bricks” on his company's Q1 Earnings Call on April 28, 2017:

“It was a large investment, it was $10 and it was into a platform that was designed and the thesis behind the company was that where they were going to essentially be a facilitator for digitally mated retailers as well as European retailers to open stores in the U.S. They build up a tremendous amount of overhead to support that ideas but they really build themselves as being the bridge between clicks and bricks. Which had they turned out to be that, it would have done a wonderful business, and would have been a terrific thing for us to use to bring new ideas and new concepts to our malls. As [Tom] mentioned in early February there were issues regarding and it turns out that the company failed.”

While no statement was made on the record as of yet, sources say Coppola was speaking about WithMe on the Macerich earnings call. We reached out to WithMe to discuss the future of the company, but did not receive any official comment at the time we published this article. While no public announcement has been made by WithMe, sources indicated the company has not shut down entirely, but instead scaled the company back significantly to slow the burn, so that the founding team can focus on the company's core business and rise again. We'll share additional details as we learn more.

I had a chance to sit down and talk to Jonathan Jenkins previously about some of the challenges startup founders face, at one of our events downtown Las Vegas in December 2014. You can watch the full video interview with Jonathan Jenkins.