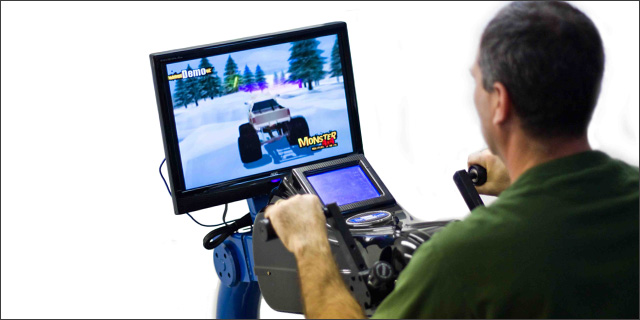 Today’s gamification craze started with Foursquare’s rainbow-colored badges, coveted mayorships, and competitive leader board. Since then, startups and corporations alike have scrambled to add game elements to their products to make them more fun and engaging.

With Nike+ FuelBands on their wrists, people walk around collecting NikeFuel to beat their friends. Khan Academy students move forward in their learning with the help of points and badges. NBC holds sweepstakes where viewers have to find hidden messages in their television shows. New York City even has a public school called Quest to Learn, which “translates the underlying form of games into a powerful pedagogical model.”

In short, you can find gamification almost everywhere. It’s not only points and badges, but levels, progress bars, and virtual currency. You see it in challenges and quests and leader boards. Even how-to tutorials for learning a new piece of software use a kind of narrative, guiding you through the features and steps like a story. Gamification has spread from technology to fields as diverse as education, health, finance, productivity, and the military.

As the Gamification Wiki reports:

“According to a recent Gartner Research Report it is estimated that by 2015, more than 50 percent of organizations that manage innovation processes will gamify those processes. By 2014, Gartner predicts that over 70 percent of Global 2000 organizations will have at least one ‘gamified’ application, and that ‘gamification is positioned to become a significant trend in the next five years.’ M2 Research reports that gamification will be a $2.8B industry by 2016.”

At its simplest, gamification is based on the idea that we enjoy the competition, achievement, and closure found in games. But it’s not quite so straightforward. In a 2012 Pew Internet report called The Future of Gamification, industry experts were split on whether gamification would be widespread by 2020. Fifty-three percent said it would be, while 42 percent were more skeptical. Below, I look at how a sprinkle of gamification – along with worthy goals and intrinsic motivation – is the key to achieving your New Year's resolution.

According to Sebastian Deterding, the author of a comprehensive gamification critique called “Don’t Play Games with Me!,” we love games because they give us a sense of mastery – beating all 50 levels to finally slay the dragon, or figuring out the secret order of the universe. Mastery consists of interesting challenges plus feedback: not only do we need a fascinating problem to solve, but recognition such as points, new abilities, and moments of celebration along the way.

This is where gamification falters, he says. Gamified apps give you the feedback portion, but the challenges aren’t always interesting enough. Checking in on Foursquare isn’t a laudable achievement that should be rewarded, for example.

“If it is too easy or too hard or the user is not clear on how to achieve, the gamified features don't add to the user's motivation,” says Brandon Evans, CEO and founder of Crowdtap.

But even if the challenge is worthy – as is the case with most New Year's resolutions – gamification runs into another problem: badges and points aren’t meaningful enough to motivate us.

The Beeminder app is specifically designed to help you succeed at interesting challenges, like losing weight, exercising more, or writing every day. To bind you to your goals, Beeminder makes you put real money on the line. If you fail, the stakes start getting higher – from $5 to $10 to $30 to $90 to $270 (and so on).

The problem, as cofounder Daniel Reeves well knows, is that we sometimes act against our long-term self-interest. We’re subject to a phenomenon called “hyperbolic discounting”: we have good intentions for the future, but we tend to trip up in the present. For example, one study showed that, when asked to order groceries for delivery tomorrow and next week, people order more ice cream for tomorrow and more vegetables for next week. These short-term desires – along with laziness and procrastination – seem too strong to overcome with points and badges.

“It’s hard to beat real money in terms of motivational power,” says Reeves, who uses Beeminder for doing pushups. “Badges and points don’t have any hope of doing that unless you get really invested in those points somehow.”

In a game, points and badges may make a fun experience even more fun. But for things that are not fun in the short term – avoiding sweets or running a 10K – gamification alone won’t motivate us to act.

Cofounder and CEO Tony Stubblebine had the same experience with Lift, an app that helps you create new habits. Before launch, they tried out a totally gamified version with points, badges, and superpowers. Flossed for the 4th day in a row? 10 points! Ate healthy for two weeks in a row? 50 more points!

But, according to Stubblebine, this early version of the app felt “dead” and “sterile,” like other gamified self-improvement tools he had tried. He realized that a badge wasn’t a meaningful reward, so the gamification elements were scrapped and replaced with social elements: comments and “props” (similar to Facebook “likes”) from other users. These forms of encouragement were more motivating, and simpler: after all, that’s the way goal setting works in real life. You go on a diet, then get congratulations when you refuse dessert; you get a promotion and a high five from a friend.

“The heart of my critique is that because [gamification elements] are artificial, they’re not as powerful as something organic and authentic,” says Stubblebine. “I try not to say gamification is stupid. I try to say that it’s possible to go beyond gamification.”

For example, we might go to the same restaurant over and over in order to become the mayor on Foursquare, instead of pursuing the intrinsic reward of trying new restaurants. We might stop exercising when our Nike+ FuelBand breaks because we won’t get any points for it. I even saw a tweet once that read, “Got married. Achievement unlocked!” The humor here illustrates this point perfectly: it’s ridiculous to focus on the achievement racked up rather than the intrinsic rewards of marriage.

“If everything was a game, no one would have a reason to invent; any metric corrupts, as people shape their behavior to ensure that they come out on top. There have to be other routes to excellence in work, health, and education; there have to be ways to explore, invent, create, and avoid – it can’t be that we’ll be adding up points for every salient element of our lives….Excuse me, now, while I check whether I’ve been mentioned on Twitter.”

The lesson for New Year's resolutions is to make sure you set goals that you really care about, not what you think you should be doing. If not, you'll always find ways to cheat without technically breaking your resolution – going to the gym every week but not trying very hard, or eating healthy at home but telling yourself you have no choice when you go out.

These critiques have touched on why gamification doesn’t always work and may actually detract from fulfilling experiences. But none of the critiques are devastating. Gamification is not inherently bad. It just has to be done right – we should be rewarded for an action that’s worth taking, not trivial. The rewards shouldn’t eclipse the action itself. Instead, they could even support it – like treating yourself to yoga classes when you eat healthier. And, try as we might, all the badges and mayorships in the world won’t always outweigh good, old-fashioned laziness and procrastination.

So if you want to keep your New Year's resolutions in 2014, look out for apps and tools that give you meaningful rewards, but not so meaningful that you forget about the resolution itself.